The Eagle Has Cratered

The life of a muddy peasant in ancient Britain couldn't have been as tedious as this movie. 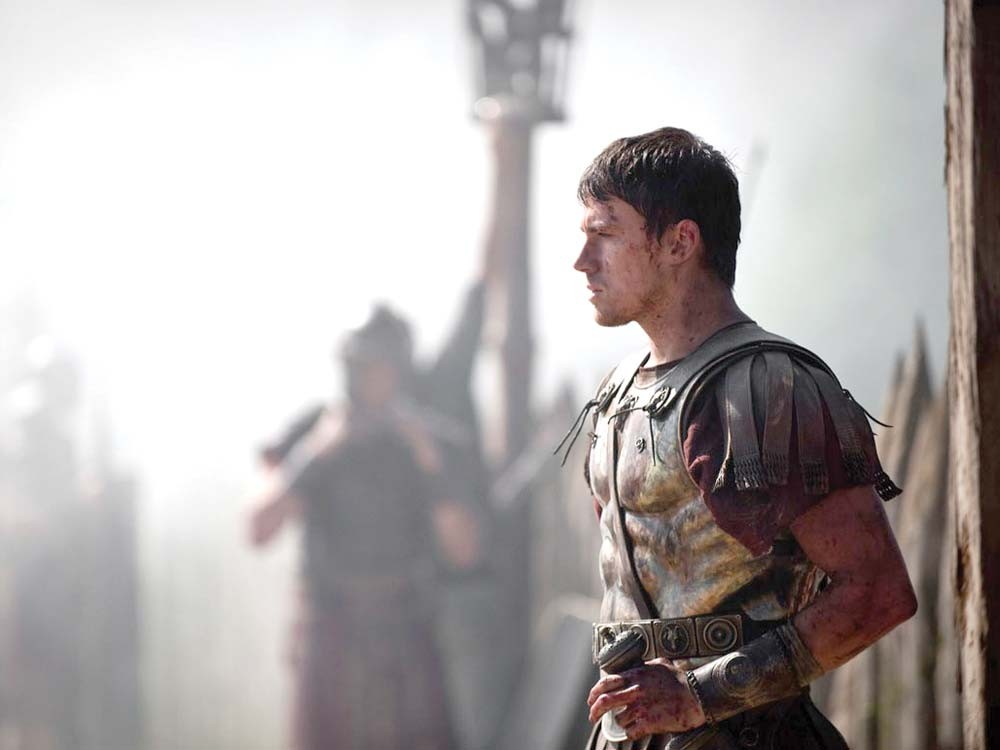 When the period war drama The Eagle lands in theaters this week, it won’t soar like its namesake. It’s going to land with a thud, hitting the ground with all the grace of a big fat belly flop, followed by a crash and burn at the box office.

It’s 120 A.D. Hunk of the hour Channing Tatum (Step Up, G.I. Joe: The Rise of Cobra) is introduced as Marcus Aquila, an on-the-rise Roman commander who’s come to take charge of a fort in the north of England, where Roman armies have been wreaking havoc on the local folks.

He may not be popular with the Brits, but he’s got to deal with lack of respect from his own soldiers. Seems that his dad was the former commander who led 5,000 men into the wilds of Scotland, where every last one them – Dad included – vanished without a trace. So why should these soldiers have any trust in him? Well, it’s his plan to make the fort a nicer place and, by the way, restore honor to his family’s name.

Something else that went missing with the men was the big golden eagle on a stick. And while that sounds like a second-century fast food snack, it’s actually a solid-gold Roman battle standard. It’s Marcus’ plan to venture north, with only the British slave Esca (Jamie Bell) at his side, retrieve the thing and bring it home — even if it takes battling their way through wild marauding tribes to do so.

But there are problems. The characters lack personality. (So do the actors.) Marcus and Esca progress from dislike to mistrust to … you know where this is headed.

Yet beyond the mundane acting and an inane story, the filmmakers at least tried to make The Eagle engrossing. (Director Kevin Macdonald helmed the excellent The Last King of Scotland and the not-bad State of Play.) There are cameras all over the place, watching from every conceivable point of view, and the spectacular Scottish countryside is breathtakingly photographed.

But the positive notes go downhill in multiple battle scenes where cameras are in so close on the action, it’s impossible to tell trained warrior from crazed mountain fighter, and you can never be sure about who’s actually winning.

Things get a little easier to comprehend when the Romans go up against some clay-covered adversaries that are reminiscent of Yellow Submarine’s Blue Meanies. But by that point, the script by Jeremy Brock (The Last King of Scotland, the 2008 Brideshead Revisited) has gone haywire, regularly and confusedly flashing back to Marcus’ childhood (I think) and glimpses of a mysterious emerald ring.

Here’s all you really need to know. The film runs just under two hours, but it slogs along. It’s quite violent but completely bloodless. There’s ample opportunity to count the clichés. For no reason that I can comprehend, it reminded me of Ridley Scott’s under-appreciated Black Rain — maybe because it’s about a couple of guys who go off to find something and bring it back. Here’s some good advice: Skip this film, and put Black Rain on your Netflix queue.