The End of Robot Singing?

T-Pain made the use of Auto-Tune in hip-hop and pop wildly popular; then musicians turned on him 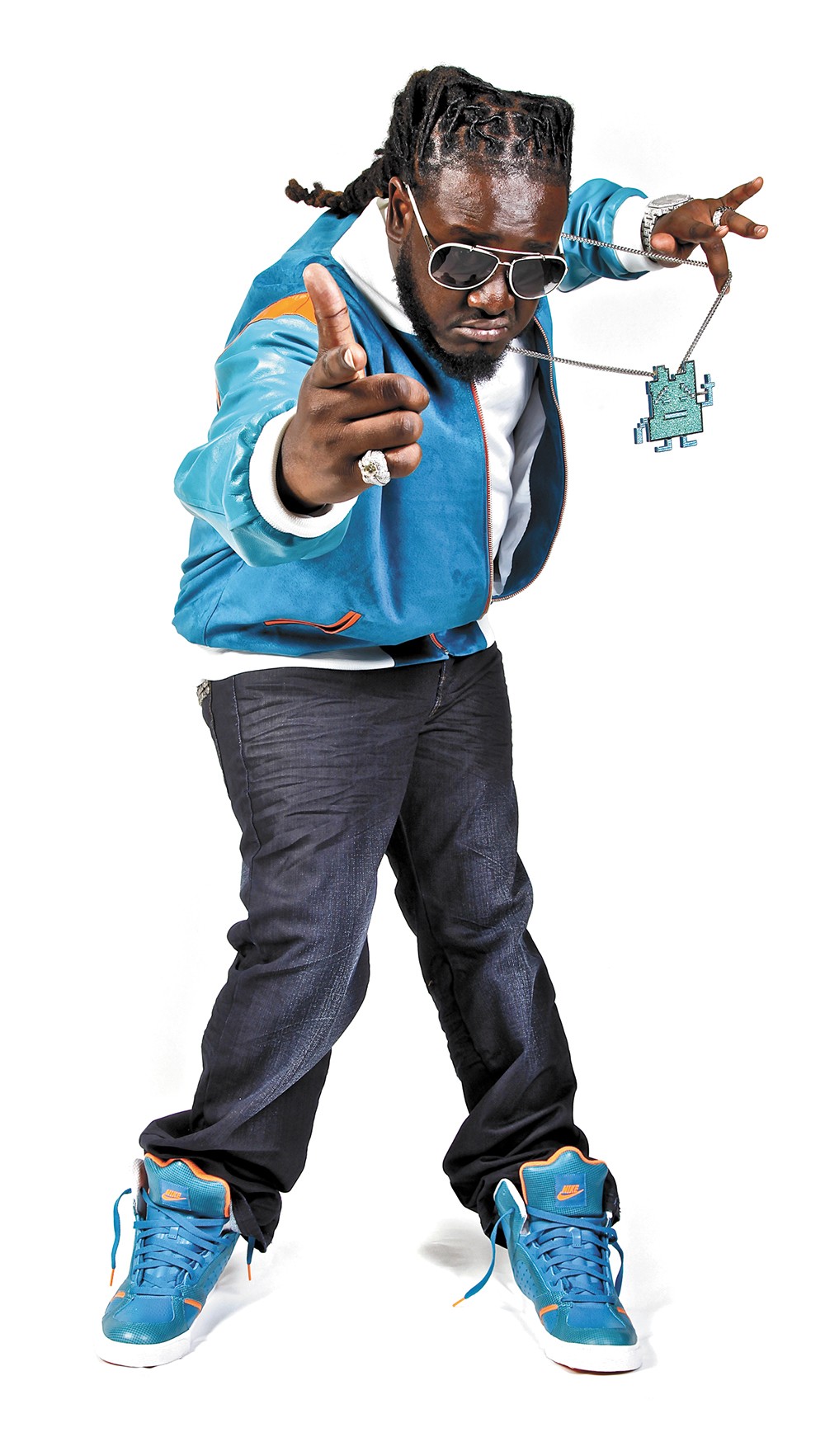 The pristine, white yacht flashes in the frame. There's Andy Samberg's devilish grin and T-Pain's signature dreadlocks sticking out from under a tall top hat — "I'm on a boat, motherf---er!" screams the chorus.

It was 2009 when the Lonely Island's "I'm On a Boat" music video went viral — and to this day, some idiots still can't board a vessel without proclaiming those words. But it was T-Pain's ability to go along with the (Grammy-nominated) parody song, poking fun at his own Auto-Tune-altered voice, that really caught the attention of millions.

When Antares Audio Technologies released Auto-Tune in 1997, the product's original intent was to correct vocal imperfections just slightly and naturally. But when used to its fullest extent, a voice could be morphed into a robotic tone. Cher was the first to utilize the new technology in popular music with her noticeably digitized 1998 hit "Believe." Sure, vocalists had been using effects, like a Vocoder or Talk Box (think Peter Frampton's Frampton Comes Alive!), for decades. In hip-hop, the Bloods & Crips implemented techno-sounding vocals on Bangin' on Wax in the early 1990s, as did 2Pac's mid-'90s hit, "California Love." But with the arrival of Auto-Tune, voice manipulation became easier than ever.

And without T-Pain, the whole trend may never have taken off in the late 2000s.

Before 2005, T-Pain (real name: Faheem Rasheed Najm), with a group called Nappy Headz in Tallahassee, Fla., was just another rapper trying to succeed at his craft. That all changed when he discovered Auto-Tune, adding the voice-altering effect to his solo music. His first R&B album Rappa Turnt Sanga, featured the hits "I'm Sprung" and "I'm N Love (Wit a Stripper)," proved the technology had a significant fan base. Soon, nearly everyone in the hip-hop industry wanted a piece of the action — including big names like Lil' Wayne and Kanye West.

During this time, however, the Spokane hip-hop scene never really latched onto the trend. Local rapper Jaeda Glasgow admits she and some of her cohorts played around with Auto-Tune, but only in jest.

"I've learned not to hate on Auto-Tune," Glasgow says. "Those artists aren't actually trying, they're just trying to get people to have fun."

Over the next four years, T-Pain was featured in more than 50 Billboard hits, including "Low" with Flo Rida and "Buy U a Drank (Shawty Snappin')." He produced a voice-altering app and a toy microphone. But then things went south; T-Pain became the punching bag for a general lack of creativity in pop music. Jay-Z proclaimed the death of Auto-Tune in a song and Christina Aguilera (who has used the device) wore a shirt that stated "Auto-Tune is for pussies." When T-Pain's 2011 effort, Revolver, fell far short of his previous albums' sales, it seemed the public had lost interest.

One of the dark secrets of the music business is that many professional singers, as much as they may deny it, rely on Auto-Tune or a similar technology on their records and in concert in order to appear polished and perfect. This has even trickled down to the local level.

"It's really common to use for a show, not only to smooth out the rough bits but also to help build a confidence level," says Sean Barrett, pro-audio manager at Hoffman Music Co. in Spokane, which sells vocal processing equipment.

Listen to today's top singles, which include moderately filtered songs by Pharrell Williams and Katy Perry, and the death of Auto-Tune isn't so imminent. The same can't necessarily be said about T-Pain's career.

T-Pain's days of being featured in Saturday Night Live boat sketches are over; he has a lot to prove, and currently has plans to release a new album this year, aptly titled Stoicville: The Phoenix.

As local hip-hopper and artist Jason Corcoran, aka Freetime Synthetic, put it, "I think he is his own case. He became a parody of himself."

But Corcoran isn't so sure that T-Pain or the use of Auto-Tune are completely over.

"If Auto-Tune is used as a filter or effect, it enables someone who can't do something well to play around with music, and that really can be interesting," he says. ♦