The End of the Hunt

For three generations, Walters men hunted. Then I came along 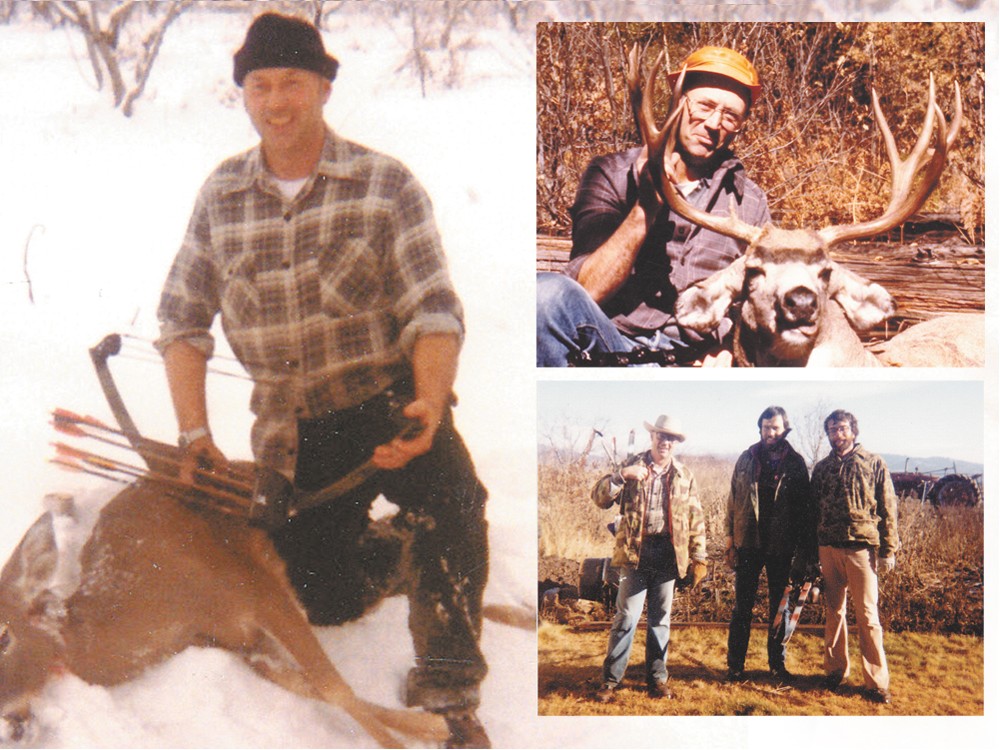 I killed a deer last weekend. I peered down the sights of my Ancient Nord Bow and released a few Orcish arrows at the animal in the plains near Whiterun. And with that, the little Skyrim computer game popup told me my archery skill level had risen to 26.

My grandpa, Tracy Walters, has killed deer, too. But he does it the analog way — crouched down in a hiding spot, with his compound bow ready, waiting for hours in actual woods. He can tell you about bow hunting alone on his property on Green Bluff, about passing up a five-point buck because his instinct told him an even larger white-tail was coming.

But mostly, his stories center on hunting with his sons.

“We hiked in five miles, and we’re camping along a babbling creek and it was at night,” my grandfather tells me of one such trip. “We could see the shaft of moonlight coming through the forest. And [my son] Mark said, ‘It doesn’t get any better than this.’”

My grandfather’s father, a forest ranger, took him hunting. They put venison on the table during the Great Depression. My grandfather took my father hunting. He and his three sons shivered together, in the 4 am cold of Gleason Mountain near Priest Lake. It was a tradition, it was masculine bonding, a part of being a man in the Walters household.

At least, it used to be.

As cities grew wider, as licenses became pricier and grocery stores cheaper, hunting has become a fading sport: 2006 had 6 million fewer hunters than 1975. And I’ve become a broken link in the generational chain.

To me, hunting was just a part of Grandpa’s furniture. I’d crawl under the bearskin rug to scare my sister. Or drape a coyote skin over myself in the basement. Or play ping-pong below a giant rack of deer antlers.

I’d assumed that I’d eventually be dragged out hunting, just like I had been dragged out fishing. It would be some required in-this-family-we-do-this task to be endured, like mowing the lawn or turning out for track. I’d grit my teeth, complain under my breath, and yearn to be back on the sofa, reading a Patrick McManus story about how sublimely miserable hunting is.

But it never happened. I’ve been out to the Gleason Mountain hunting grounds with my father and grandfather only once — to scatter my uncle’s ashes. Mark Walters, “Moto” we called him, died at 42 of colon cancer. We met up at his hunting perch, a granite-rock outcropping that overlooked a valley of deer trails. We gathered, said a few words, used a power drill to drill few holes and mounted a plaque: “Moto’s Rock.”

“That says how important it was to our family,” Kelly Walters, my dad, says. Dad never shot anything, but as the youngest, it was his job to lug up gear and chase deer toward his brother’s crosshairs. He hated the freezing cold but loved the camaraderie.

“Taking turns dragging [the deer] over logs,” he recalls. “Not getting back to the truck until it had been dark for an hour and it had been snowing. You’re dragging a deer and you’re talking about life.”

But for my dad, ever the frugal pragmatist, all that eventually seemed impractical.

“Between the cost of the tags going up and the cost of driving, and the time, and then sometimes not getting a deer…” Dad tells me. “Is it really cost effective? Do I really like it so much?”

So my father related with me in a different way — philosophical discussions on long car rides, theological debates over the dinner table, a manhood-defining PG-13 viewing of Star Trek: First Contact. When I was 6, I sat on his lap and programmed a simple educational computer game for my little sister. Together, we were men of words and ideas, rather than silence and toughness and action.