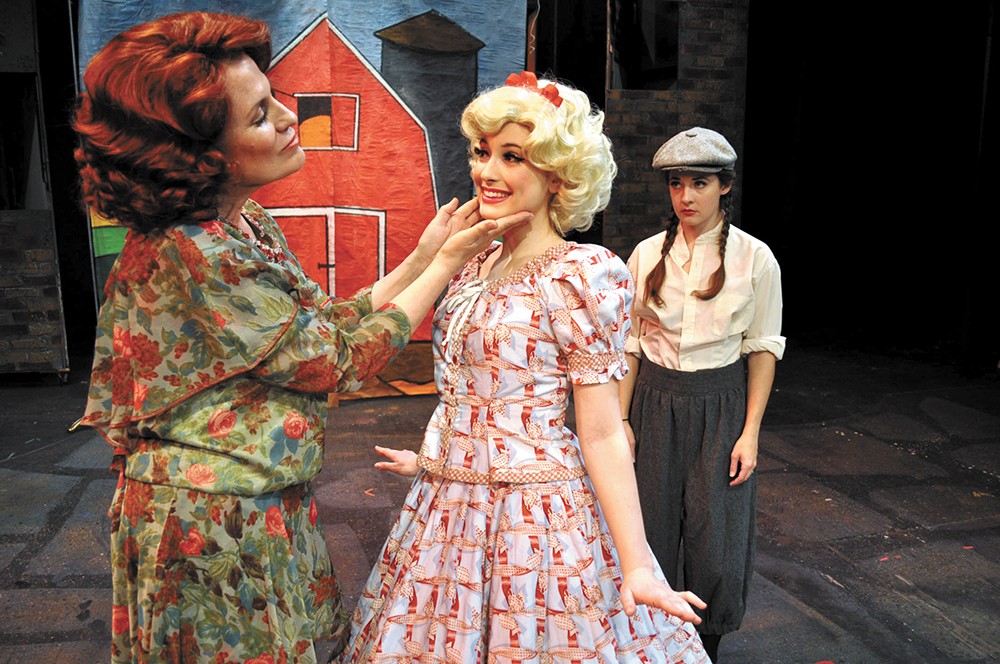 After the famous burlesque performer Gypsy Rose Lee published her memoir in 1957, it didn't even take 18 months for Jule Styne, Stephen Sondheim and Arthur Laurents to adapt it into a Broadway musical starring Ethel Merman. There was a reason for their eagerness. In exposing the seediness beneath the patina of glamour, hers was the kind of compelling — and titillating — tale about fame that audiences never tire of hearing.

Gypsy Rose Lee had been destined for the stage but not necessarily for stardom. Her monomaniacal, overbearing mother, Mama Rose, had first set her sights on advancing the career of June, her younger sister. As a result, Gypsy (then known as Rose Louise) grew up in her sister's shadow — quite literally, in many respects, since Mama Rose ensured the spotlight fell on June alone — until, at the age of just 15, June chose to elope. For better or worse, Louise then found herself at the center of her mother's ambitions.

Mama Rose was "the stage mom extraordinaire," says Marianne McLaughlin (previously seen in Interplayers' Away in the Basement), who plays the character in the Civic's new production of Gypsy, opening on May 16.

"She loves the idea of succeeding and having that feeling of being in the spotlight, and making sure that [June and Louise] are. She's a woman who's got a lot of flaws, but she's got incredible strength and she really does love her daughters," says McLaughlin.

That love and that ruthless resolve are often at odds, though, which is why Aubrey Shimek Davis (The Drowsy Chaperone, Into the Woods), who plays Louise, says that Gypsy is like a case study of the dysfunctional family.

"For me, the journey for Louise's character is the quintessential abusive family relationship. What happens is that the oldest child is the one that's very protective of the parents. And then the second child is typically the one that goes away, that separates from the abusive relationship," she says. "With June and Louise you can see that. Louise just wants to be the peacekeeper, and June just wants to get away and be a successful actress."

Directed by Troy Nickerson, this production of Gypsy promises to be a little different.

"He didn't want to do a Gypsy with all sorts of flotsam and jetsam," says McLaughlin, referring to the usual glitz and spectacle of many productions of the musical. "It's so easy to go down that route, and I'm so glad he didn't. It should be about these relationships, and you shouldn't be looking at all this crazy stuff, like cars driving on stage."

To that end, lead set designer David Baker has employed a clever stage device that actually dates back several millennia to ancient Greek theater. They're called periaktoi — "triangle-shaped pillars," as Davis describes them — that can revolve in unison to present different backdrops, like a Chinese restaurant or a dressing room.

"He did do a double proscenium — very traditional, gold, beautiful," McLaughlin says. "But there's no bringing on 10 pieces of furniture and taking off the couch. You have a taste of it: a sink, a refrigerator, boom. It's simple."

Some mild burlesque does feature in the musical, especially in the final scene. Davis says the story arc is defined in part by the contrast between the big striptease and the lighthearted cow costume of the first act. "You get to be super sexy at the end and this fun cow at the beginning. So I get to grow up, and people get to come with me on my journey from cow to stripper," she laughs. ♦