In defense of clickbait (or pandering with Macklemore and Ryan Lewis) 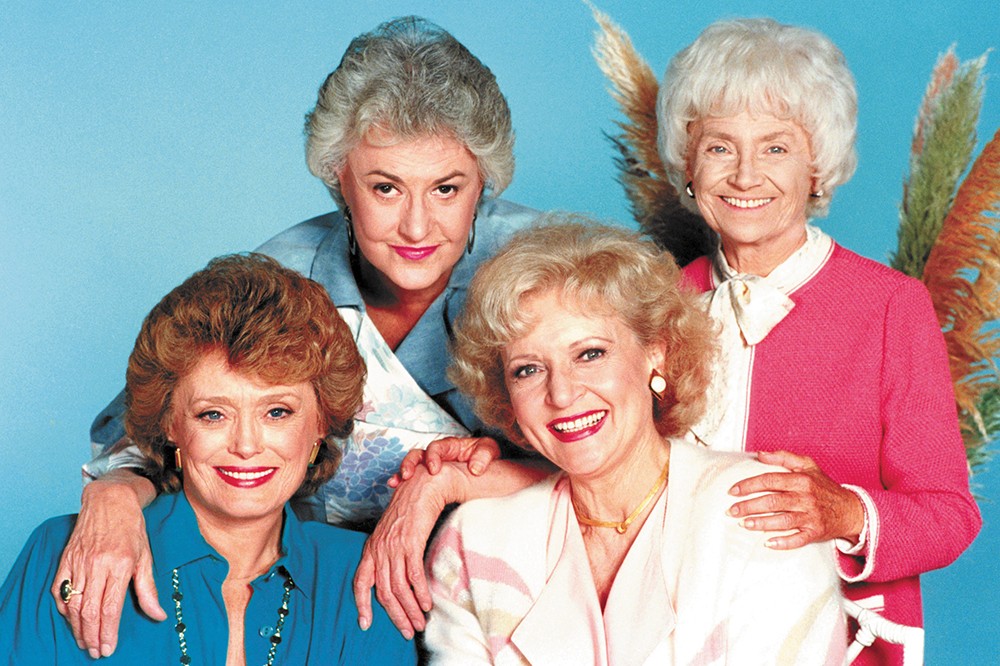 Which Golden Girl are you? Take the quiz!

To begin, a short quiz: What's a better way to open this article?

A) One man's trash is another man's treasure.

B) One man's trash is another man's come-up.

Answer: Who cares? We're going with the one that obviously is better, and that's the one invoking a lyric from Macklemore and Ryan Lewis' hit song "Thrift Shop."

With any luck, that overuse of Macklemore and Lewis (which, again, is referencing their hit song "Thrift Shop") will help this article rank higher in search results when people search online for "Thrift Shop" (which, by the way, is a hit song by Macklemore and Lewis). This, in turn, will make the Inlander very happy, because more people will click on this story online, which will increase the Inlander's web traffic, which will make the value of advertising with the Inlander increase, which means everyone will get more money (except, of course, me, whose starving-writer income won't allow him to attend Macklemore and Ryan Lewis concerts — events at which they perform their hit song "Thrift Shop.")

Congratulations. You now know the basic economics behind running a news and media company in the digital age. Get ready to launch your website and mobile app. And for Pete's sake, keep the cat videos handy. Nothing drives traffic to your website like cat videos. (Or better yet, cat videos parodying Macklemore and Lewis' "Thrift Shop," which, yes, actually exist.)

It's easy for the general public to roll their eyes when news outlets promote and repurpose the latest "viral video." Just watch the end of most local TV newscasts for the "lighthearted segment" of whatever trend is sweeping the Internet that week. (Remember the "Harlem Shake" craze? God help us.) Or look at the website of any news outlet — from the Spokesman-Review to KREM to CNN — and you'll quickly find stories (er, "content") that is anything but real news. Case in point: KREM's photo slide show titled "Miami Beach Police release photos of Justin Bieber's tattoos" (Dear Lord, I hope there's a unicorn!) or the Spokesman's Paul Turner asking a question about analog clocks under the headline "When anal is the way to go."

The Inlander also engages in such non-news promotion online with its "Cat Friday" blog. Cats are no doubt cute, but they're hardly newsworthy, even when they're stuck in trees.

I'm not a media critic, though some people may think I play one on Twitter. It's not unusual to find me bemoaning headlines promoted by CNN or The Weather Channel that have seemingly nothing to do with news or weather. (One recent top story from The Weather Channel: "Man Treats Snake Bite With Beer. What Happens Next Will Surprise You.")

These kinds of headlines are broadly known as "clickbait," for obvious reasons. They're so mind-numbingly dumb, they're impossible to ignore. "Old-school" news outlets increasingly devote more time and space to them online.

As someone who often decries the practice, I'm wary to defend it. But it's defensible for news outlets in this age where long-term sustainability depends on collecting short-term digital dimes. Welcome to the eyeball (or "page view") economy.

For example, look at BuzzFeed, the startup news and information site perhaps known more for its silly (and easily sharable) lists and quizzes than for hard-hitting journalism (which, indeed, is very present too). The site's "Which Golden Girl Are You?" quiz had nearly 1.6 million page views after only 10 days online. (For the record, I got Sophia. Perfect!)

BuzzFeed's very good, in-depth journalism is laudable. It's just not profitable, especially as a web-only outlet. It needs these kinds of mindless, viral, pop-culture quizzes and other "lowbrow" content to support the high-end journalism. That's true for BuzzFeed, and it's true for nearly every general interest news outlet, including local ones. Advertisers pay based on eyeballs, or the "potential" for eyeballs. If there's one thing the general population demands from media, it's sugary, fatty, unhealthy "news." The vegetables of hard news and investigative reporting are still secondary in the typical American's news diet.

Another reason clickbait can't be wholly dismissed is that it's so relative. A celebrity story may seem tawdry to some people (myself included), but others have genuine interest in Justin Bieber's life (a sentence I know I'll regret typing).

News outlets have to give people not only what they need, but what they want. Their business models depend on it. After all, one man's trash is another man's ... er ... come-up.

Just ask Macklemore and Ryan Lewis. It's in some song. You can Google it. ♦