The Fagan Strikes Back

Fagan re-files, phosphorus is limited (sort of), and Jon Snyder reminds us of Anakin Skywalker. 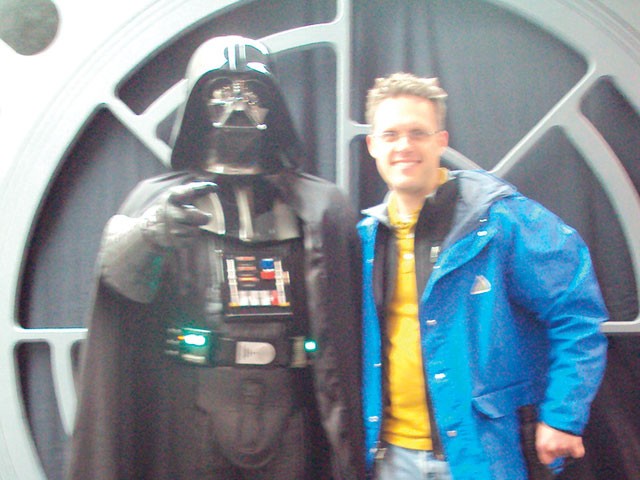 Not to be cynical, but last week’s federal approval of a plan to clean phosphorus out of the Spokane River by the Environmental Protection Agency doesn’t mean 12 years of contention and fist-fighting by various parties is at an end.

The EPA gave its thumbs-up to a Washington Department of Ecology plan to scrub some 80,000 pounds of phosphorus a year from the river. Phosphorus — a nutrient that is mainly discharged into the river by five different community wastewater treatment plants — encourages algae and other aquatic plant growth, which reduces the amount of dissolved oxygen necessary for fish to survive.

We’ve been here before. Four times, in fact, during the last dozen years, a cleanup plan has been on the verge of enactment. This latest plan (known as a TMDL for total maximum daily load) is being threatened by lawsuits just like the previous, failed TMDLs.

Municipal wastewater dischargers in Idaho (Post Falls, Coeur d’Alene and Hayden) contend that Ecology is holding them to separate — and unequal — standards. The local chapter of the Sierra Club contends that the new plan has little to no accountability if cleanup targets are unmet.

There are significant new wrinkles. For the first time, Avista, which operates four hydro dams on the river, has been assigned a role in phosphorus reduction. But the “how” is unclear. The utility could aerate the Long Lake reservoir, it could manipulate flows via its upstream and downstream dams, or it could encourage the community of Suncrest to hook up to sewers.

Also new is the concept that dischargers may qualify for phosphorus credit trading if expensive and largely untested technologies fail to reduce phosphorus output to permitted levels in the next decade.

But details of the trading plan have yet to emerge. — KEVIN TAYLOR

The initiatives, which were first considered by the City Council three weeks ago, were derailed when Mike Piccolo, an assistant city attorney, wrote that the initiatives would likely be challenged in court.

But last week, Fagan said he performed the necessary fixes to the initiatives, filed them with the city clerk and will begin collecting the signatures needed for the initiative to reach the ballot.

“We did take Mr. Piccolo’s recommendations to heart. … We want to make sure that we minimize, if not neutralize, the chance for a legal challenge,” Fagan says. “We did not incorporate all the changes recommended by Mr. Piccolo, but he did point out some things … that made us go back and give a legal look of our own.”

Mainly, Fagan says he has written the new initiatives in a way that “steers away from any sense of multiple subjects,” a criticism Piccolo had of both initiatives. As for another criticism by Piccolo — that the initiatives couldn’t enforce how the city or its departments joins associations, specifically the International Council for Local Environmental Initiatives, or ICLEI — Fagan says he has found “an old, obscure RCW” that says his group can do such a thing.

Fagan filed the initiatives on behalf of the Spokane Patriots, a group that splintered from the Tea Party of Spokane earlier this year due to the Tea Party’s lack of action, or “analysis paralysis,” as Fagan calls it. The Patriots are aligned with other local “libertyminded” organizations, which Fagan says will help collect the signatures needed to reach the ballot.

“I have a high level of confidence that we’re not going to have a problem getting the signatures,” Fagan says. — NICHOLAS DESHAIS

There’s something you should know about Spokane City Councilman Jon Snyder: He’s a nerd.

Before coming to Spokane, Snyder spent eight years working for FANtastic Media, once the official publisher of Star Wars and Star Trek fan club magazines, where he was editor-in-chief of the Star Wars Insider.

“I’m a professional nerd,” Snyder told The Inlander last fall. “I made a job of it.”

And now, here he is, cavorting with Darth Vader at last weekend’s Spokane Comicon. Only six months in office and already turning to the dark side, Mr. Snyder? — NICHOLAS DESHAIS