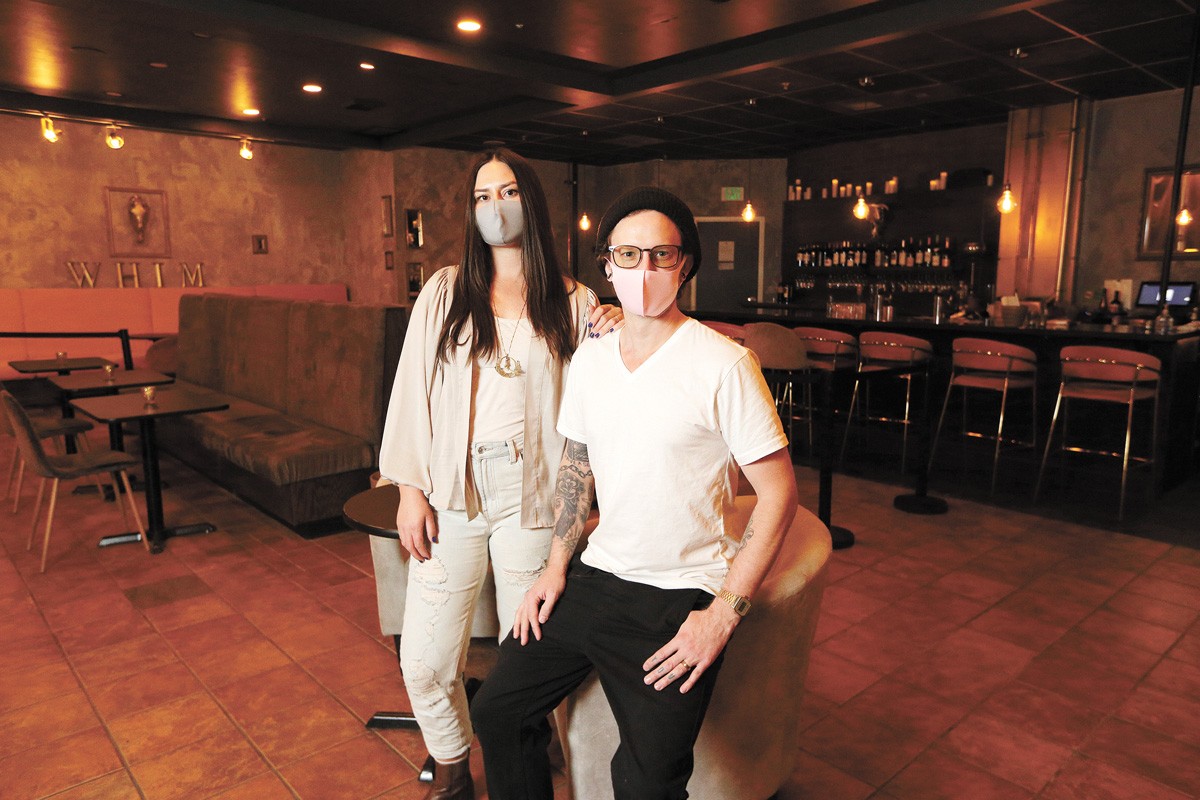 When Kori Henderson and Paul Blacketer opened Whim Wine Bar in late summer 2019, they never expected their long-dreamed-of venture would soon be closed for more than a year while waiting out the worst of the COVID-19 pandemic.

Well past the initial 2020 shutdown's one-year anniversary, the couple is still waiting to reopen inside River Park Square, opting for now to see if the two-week pause on rolling Spokane County from Phase 3 back to 2 will last. Opening for two weeks and shutting down again — 25 percent capacity is not sustainable for the small bar, says Henderson, plus there's the cost of supplies and other expenses to reopen — could tank the business for good. If there is no rollback, though, Whim is set to reopen May 20.

Over the past year, the couple also hasn't been able to secure any state or federal aid to help cover pandemic-caused losses. This is mainly due to the fact that Whim was "too new" when COVID-19 hit, meaning the bar didn't qualify for the first round of Paycheck Protection Program, or PPP, loans.

"Almost all of the loans or grants that became available we didn't qualify for because for a lot of them, the eligibility rules were that you had to be open at least a year," Henderson says. "We pretty much opened a bar at the worst possible time in the last century that you could open a bar. If we had opened six months earlier, we would have qualified for stuff."

Now, however, Whim does qualify for the latest round of federal aid for food service businesses through the U.S. Small Business Administration's Restaurant Revitalization Fund, or RRF. Applications opened May 3, with priority attention to women-, veteran- and minority-owned (classified by the SBA as socially or economically disadvantaged businesses) during the first 21 days of the application cycle. Applications will be taken until the funds are exhausted.

Henderson says if Whim is awarded funding, it'll "solve all our problems."

While Whim has received some rent relief from River Park Square, the couple had to move in with family last year, and both have been on unemployment since temporarily closing.

"We don't even need that much, even just a small amount would help," she continues. "Something that to a big business is pocket change would completely change our business."

According to calculations on the fund application, Whim could get up to $380,000. Money from the fund can be spent by recipients through March 2023. The primary calculation compares gross revenues from 2019 to 2020, minus any PPP receipts, to determine how much a restaurant qualifies for.

"It can be used for anything associated with running a restaurant and supplies," says Joel Nania, manager of Spokane's office of the Small Business Administration. The local office oversees 20 counties of Eastern Washington and North Idaho's 10 counties.

"You can even use it for construction of outdoor seating. They haven't really left anything out," Nania adds.

The $28.5 billion Restaurant Revitalization Fund was created by President Joe Biden on March 11 as part of the American Rescue Plan. In the first two days, the SBA received more than 186,000 applications from around the U.S. More than half of those came from restaurants and bars in the priority categories, and more than a third of all applicants had a pre-pandemic annual revenue of under $500,000.

While food service businesses owned by women, veterans, and socially or economically disadvantaged individuals are prioritized during the first 21 days of the application process, all restaurants can apply at this stage, and will be considered after that period on a first-come, first-served basis.

For that reason, Nania says it's in restaurant owners' best interest to apply to the fund as soon as possible, regardless of having priority status or not. Processing for approved applicants is expected to be about 14 days.

"Restaurants were definitely hit hardest, and they're still being hit over and over again, unfortunately," he says. "I would say that there is probably not a restaurant out there that wouldn't consider applying." 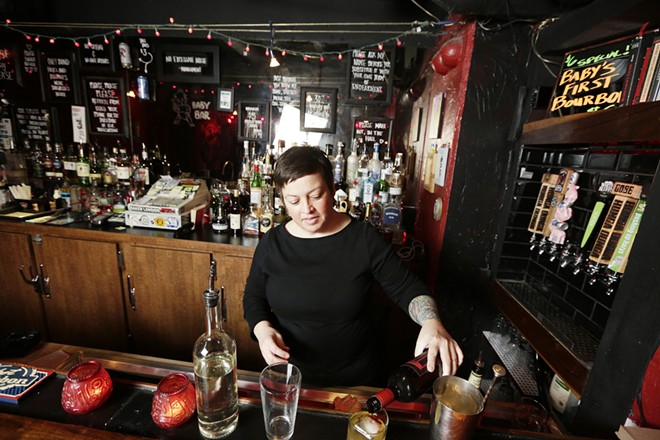 Another Spokane bar closed for more than a year is also hoping to land a funding request from the Restaurant Revitalization Fund.

Patty Tully, co-owner of Baby Bar and Neato Burrito, was in the same boat as Whim's owners last week, waiting for the state's Tuesday decision on a potential phase rollback before reopening the two businesses last Wednesday. While the downtown burrito counter and pocket-sized bar received some state and local funding last year — about $25,000 total — to help cover losses, Tully says the calculations on their RRF application came out to $400,000.

"Honestly, we've applied for everything we could," Tully says. "Of course we would be happy with anything, and we would be happy if all the funds went to other places. We got some grants and a low-interest loan to keep up the lease and insurance in the meantime."

Tully is hopeful that the worst impacts of the pandemic are behind us. Being closed for so long was difficult for her and partner Tim Lannigan and their staff (all but one of their employees have returned to work), but Tully says the sacrifice was necessary.

"Our struggle has been if we could all just follow the rules, it'll be over that much faster," she says. "Our main concern is that the hospitals have been working like crazy these last 15 months and why would you not want to be a part of giving them some reprieve from that?"

As two of the few local restaurants and bars that had, as of last week, yet to reopen since the pandemic's onset, Whim and Baby Bar/Neato Burrito's owners found support, understanding and friendship among themselves over the past year.

"It was really isolating to be one of the few bars/restaurants to be completely closed the entire time," Henderson says. "It definitely felt like some people thought we were being lazy, even though no one said that." ♦

Find information about the Restaurant Revitalization Fund at sba.gov/restaurants. For assistance, applicants can call 844-279-8898.