The feminism of Tremors 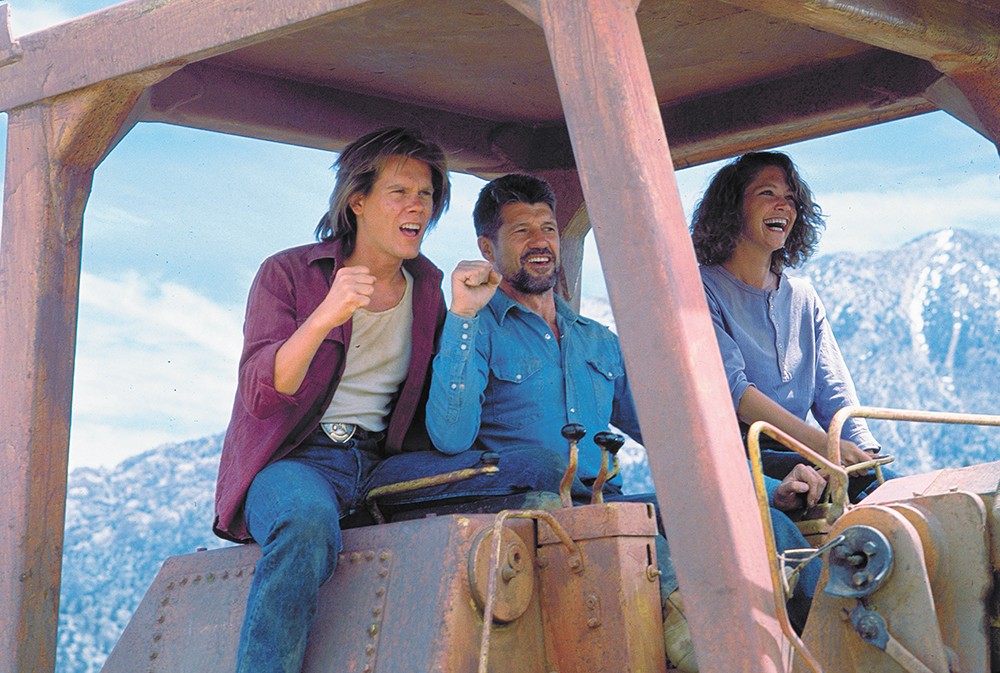 I was gonna crack a joke about Tremors being an "underground movie," but one of the film's taglines beat me to it: "The ultimate underground movie. It will leave you legless!" Oof.

Released in 1990, Tremors is a fun, pre-CGI horror flick about bloodthirsty sandworms called "graboids" that lurk beneath the dirt and gobble up residents of Perfection, a tiny desert town where things are less than... perfect. The monsters are eyeless, sharp-toothed sandworms similar to those of Dune (yet not as whimsical as the sandworms of Beetlejuice).

Though Tremors stars Kevin Bacon (looking Springsteen-in-tight-jeans hot) as Valentine "Val" McKee, the real heavy hitters of this creature feature are its strong female characters. For a genre as peppered with misogyny as horror is, Tremors is downrght feminist. At the time of its release, Tremors was breaking new ground (sorry!).

The story spotlights take-action women like Rhonda LeBeck (Finn Carter), an adventurous university student slathered in dorky nose sunblock. When we meet Rhonda, she's doing sweaty field research on seismic activity. She's smart. She's not afraid to get dirty. Sure, there are moments when Val saves Rhonda from danger, but she's no damsel in peril. She rescues him, too — and keeps townsfolk alive — with her scientific knowledge.

Country music legend Reba freakin' McEntire is in this movie! Red-headed Reba plays Heather Gummer, a big-game hunter and heavily armed survivalist. She's the backwoods brawn to Rhonda's academic brains, espousing a rural feminism of necessity: If you live in the sticks, you have to fend for yourself, regardless of gender. While I don't equate firearms with female empowerment, I'll admit the sight of Heather blasting a graboid with a high-powered elephant gun is awesome. She's an explosive precursor to T2's Sarah Connor. Tremors even features Ariana Richards, the young actress who played Jurassic Park's savvy vegetarian hacker Lex Murphy. In Tremors she's Mindy, a girl who skillfully avoids death by sandworm.

The women of Tremors take charge. Using muscle, weapons and bright ideas, they contribute as equals to the community's ultimate goal of outsmarting the sandworms. They kick ass and stay alive. As a young country girl in Yakima, I loved watching the Tremors gals on VHS tape.

Though the movie's not perfect, Tremors makes a fine escape from the summer heat and daily news reality. It's a buddy comedy, a love story and a scary movie without the boring sexist tropes. (Just don't bother with the highly forgettable Tremors sequels.) ♦