SpIFF 2016: Adam Boyd is new to the role, but not to Spokane's film community 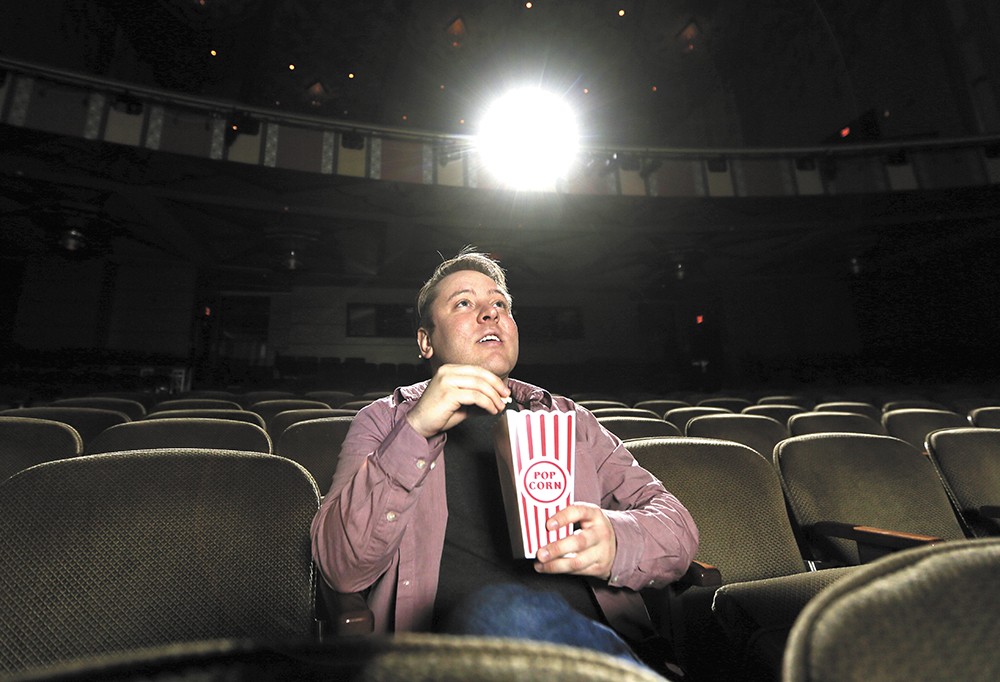 Young Kwak
Adam Boyd's lifelong love of film led to a career in the industry, as a teacher and now as SpIFF's festival director.

When it comes to putting together the Spokane International Film Festival,

new festival director Adam Boyd says it all starts with the board of volunteers and local film aficionados putting aside their personal preferences — at least to a degree — and putting themselves in an imaginary aisle seat.

"We do try to think about the SpIFF audience all the time," Boyd says. "Who is our audience? What will they find not only entertaining, but moving? What will inspire them?"

With that in mind, the group now led by the 30-year-old Boyd sifts through hundreds of film submissions, visits other film festivals and communicates with distribution companies about what movies are making a stir in screenings across the globe.

The result each year is a Lilac City festival that brings the world of cinema to local screens, and whether the films are political documentaries tackling timely issues or feel-good family flicks, they are generally movies that would not be seen in Spokane without SpIFF bringing them to town.

For Boyd, that's a major part of the festival's mission, in addition to giving local and regional filmmakers an outlet to show their talents. Boyd ascended to the director position after years working for the festival in various roles alongside his mentor and now Eastern Washington University peer Pete Porter.

"As a kid, I definitely was the one borrowing dad's camcorder and making goofy movies with my friends," says Boyd, who works as an assistant director on films, TV shows and commercials between teaching film classes and working on SpIFF. "I love movies. I love cinema. I teach classes where I get to show movies to people and talk about them, which for me is a dream job. And any time I can highlight the filmmaking art and industry that's happening here in Spokane, I'm happy to do it."

SpIFF gives him another outlet to do just that, through its combination of more than 50 feature and short films, coming from 27 countries this year. The local film scene has grown right along with the festival, over the course of its 18 years of fits and starts, to get to where it is today. When it started in 1999, it "wasn't much more than a weekend excursion of a few mostly regional films. This is actually our 18th official festival this year," Boyd says. "It's grown incredibly to be a week-plus event of films and other programs.

"The festival around 2012 reached its largest size in terms of how many films we program. We've probably shrunk down a bit, but the thing that hasn't shrunk is probably the community response and our attendance. I remember in 2012, the number of people coming to the festival just soared, and that's really continued on, and I don't think it will be any different with all the things we have going on."

This year, that means some new features like an Emerging Filmmaker Program and Panel presented by a new festival sponsor, Terrain, at the Washington Cracker Co. building, along with familiar events like opening and closing parties, a Meet the Filmmakers panel and a collaboration with the Spokane Symphony on a special screening of Charlie Chaplin's City Lights. The opening night screening of Vision Quest is set for the Martin Woldson Theater at the Fox, a new venue for the festival, and will feature the film's star, Matthew Modine, director Harold Becker and writer Terry Davis in house to talk about the film. The screening is a fundraiser for INK Art Space.

Juggling all the logistics of the festival is a challenge that would be impossible without the help of the all-volunteer staff — "all the money made at the festival goes into putting on another festival the next year," Boyd notes — and all that work is geared toward the simple goal of giving Spokane film lovers an experience they otherwise wouldn't have.

"We're bringing cinema to Spokane, that's our mission and goal," Boyd says. "But it's not just about watching a film. It's about discussing the film, having discussions about cinema. It's really about, are people going to leave the theater thinking and talking about that film later?" ♦