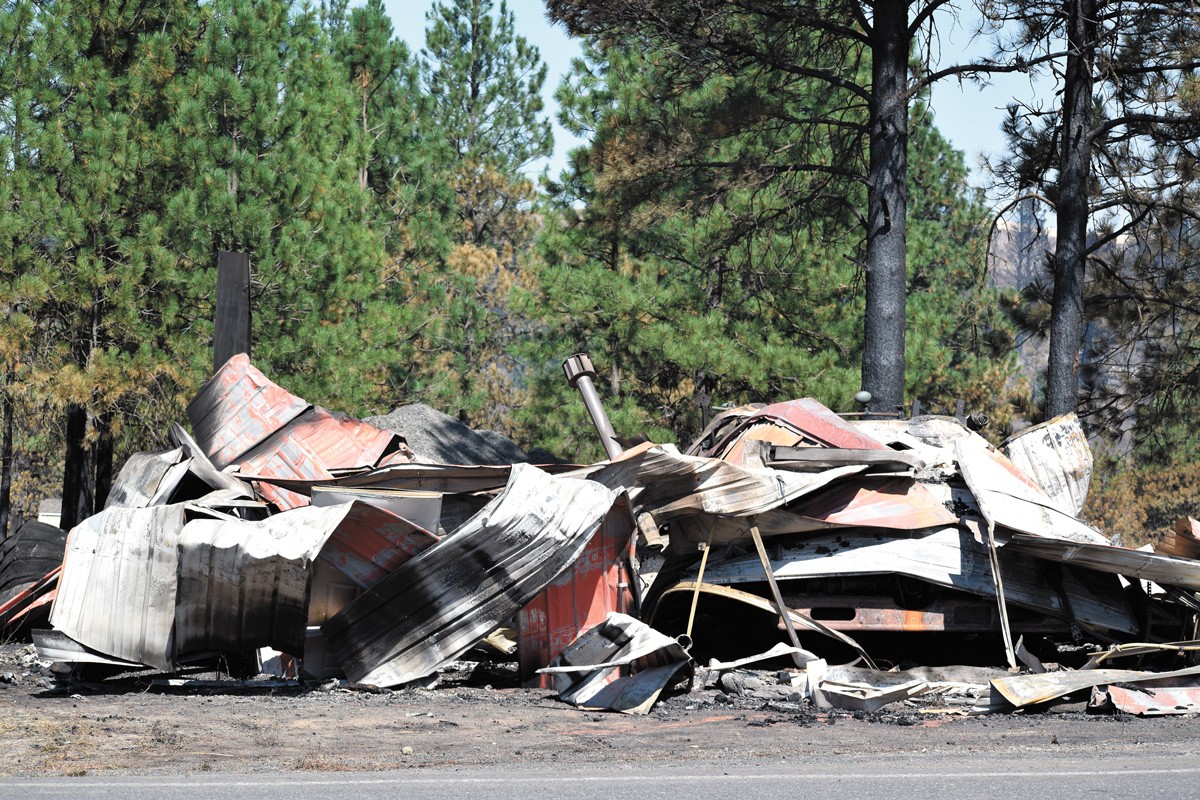 Wilson Criscione photo
Malden, a town of roughly 200 people, was decimated by a wildfire last season.

The Inland Northwest got a double whammy of grim news recently as forecasters predicted significant wildfire risk through this summer and the Washington Department of Ecology issued its first-ever drought advisory for much of the state.

The period from February through May 24 saw the least amount of rain in Spokane since record keeping began in 1881, says Jeff Marti, water resources planner at Ecology. March and April specifically were the fourth-driest those months have been since 1895.

"That is alarming," says Angie Lane, assistant wildfire division manager for the state Department of Natural Resources. "That area in Central and Eastern Washington is going to be above normal temperatures, below normal precipitation, and that sets us up for potential for significant fires all through the summer."

A national wildfire risk forecast that the National Oceanic and Atmospheric Administration assembles each month predicts that the dry hot conditions will put parts of Eastern Washington and North Idaho at risk of significant fires starting in June and going through at least August.

Most massive wildfires in the Pacific Northwest are human caused, so it is up to everyone to be safe with any burning and follow local regulations and fire bans, Lane says.

"We have to prevent the ignition," Lane says. "The last thing we need is to be chasing around human-caused fires, especially later in the summer when there could be potential for lightning-caused fires. The public is our best partner here."

With only 1.5 inches of rain from Feb. 1 to May 27, Spokane is well below the normal accumulation of 5.84 inches, according to weather data.

Similar conditions in many parts of Washington prompted Ecology to issue its first-ever drought advisory on May 27. Rather than waiting for conditions to hit full emergency drought status, Ecology can now issue an early warning to inform the public that conditions are dry and they need to conserve water.

"This year we had a pretty decent snowpack, so the rivers that flow off the mountains are forecasted to be pretty good for the most part," Marti says. "It's the dryland areas that are more rain dependent that don't benefit from snowpack that are more stressed and vulnerable this year."

That includes areas around Spokane and the Palouse, where dryland farmers rely on rainwater to grow crops like wheat, garbanzo beans, lentils and peas. Some crops may be stressed or fail this year, Marti says.

In areas where ranchers rely on prairie vegetation to feed their cattle, other sources of feed may be needed, depending on how prairie plants fare amid this year's drought.

Plus, in low-water years, those with junior water rights in places such as the Little Spokane River may find their rights curtailed under Ecology regulations as senior water rights take precedent, Marti says.

The city of Spokane is calling on the public to conserve water usage this summer by voluntarily taking steps such as watering yards only every other day on an odd/even schedule, and doing so in the early morning or late evening hours when less water is lost to evaporation.

"As a community, we need to use water wisely, especially during current conditions," says Mayor Nadine Woodward. "We are asking citizens to use strategies that allow them to maintain their lawns and landscaping, while using less water and keeping their summer watering bills more affordable." ♦

The original print version of this article was headlined "Tinder Box"