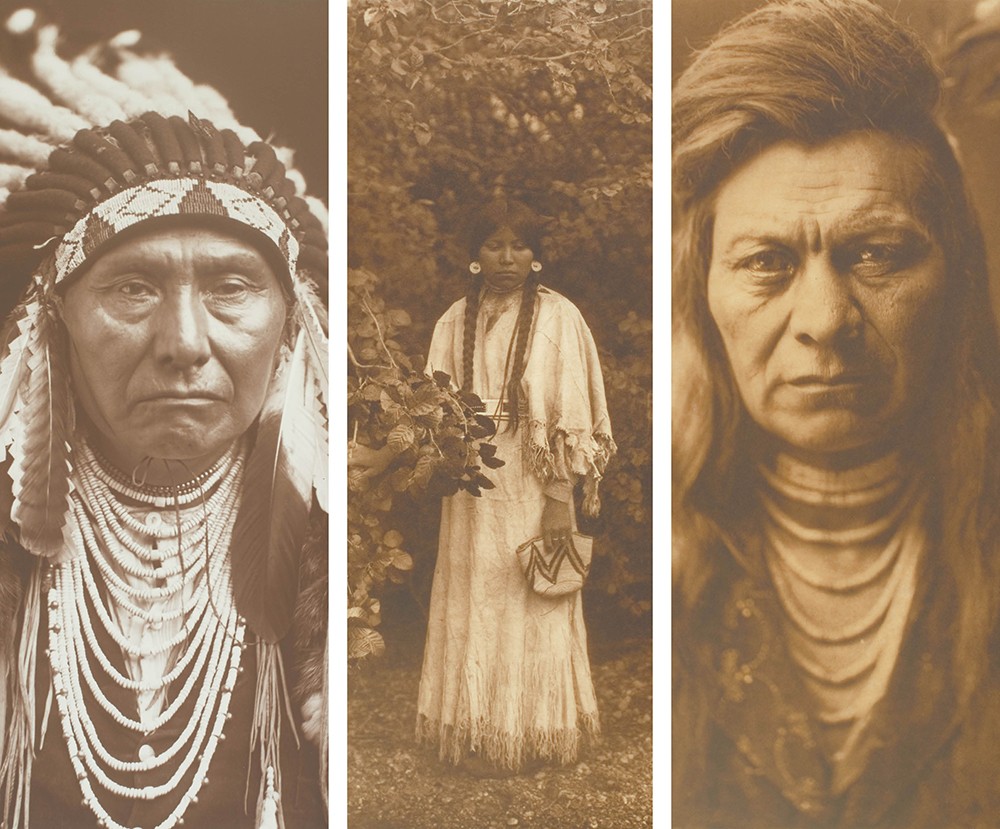 A wall of faces stares out at passersby. Their gaze is nonjudgmental and stern and uninterrupted for a century. Many are missing their names. Sometimes a tribal designation separates them from others.

Many more faces loom from the other walls, some fishing, working and riding horseback in the sepia tone of early 20th-century photography. The faces are the accumulation of more than 30 years' worth of work on a "grand idea" by the prolific photographer Edward Curtis, who traveled the American West on a mission to document American Indians — or, as he described them, the "vanishing race." A century later, the idea of the vanishing race has fallen on its face as indigenous people never actually vanished, and Curtis, as over-achieving as he was, has remained a contentious photographer for his habit of editing photos.

On the 150th birthday of Curtis, art museums in Seattle, Portland and across the country are observing his work alongside modern Native voices. In Spokane, Edward Curtis: The Grand Idea at the Northwest Museum of Arts & Culture provides a look into the photographer's complicated legacy in American history and what it means today.

Curtis' work documenting Native American culture through photography, audio recording and writing was exhaustive to say the least. The size of his project and the financial burden were monumental, but he was persistent and managed to visit more than 80 tribes and expose more than 40,000 images, resulting in a 20-volume collection, The North American Indian.In his own words, the massive undertaking would be "a comprehensive and permanent record of all the important tribes . . . that still retains to a considerable degree their primitive customs and traditions." 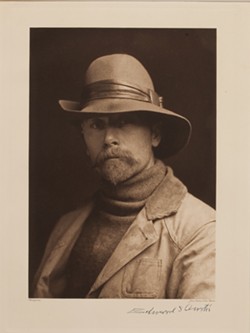 For Curtis, that often meant imposing the people in his portraits to replicate what he thought was authentic, sometimes going as far as dressing them up.

Arnold, a member of the Sinixt band of the Colville Tribe, played an influential role in the Northwest Museum's curation of the photography exhibit. Her quotes adorn the museum gallery walls alongside the images. It's one way that the museum was able to balance the photographer's Hollywood view of Native culture.

"My largest goal was to showcase the beauty of Edward Curtis' work," says Brooke Wagner, MAC registrar and a curator for the exhibit, "but also to bring in the voices of modern tribal members so that they can help interpret the work and show that while Edward Curtis was operating on the idea that the North American Indian people were vanishing, they didn't. They survived. Despite a lot of hardships, they survived, and they're still here today."

The truth was that Native peoples across the U.S. were being forcibly assimilated into mainstream culture. The Spokane Tribe had moved to the reservation in 1881, almost 30 years before Curtis would visit the Inland Northwest.

"I think that the people who engage in that kind of appropriation do so with even less than Curtis gave to his practice of posing Native people," Arnold says. "Curtis intentionally imposed them, but people who wear headdresses at Coachella [music festival] either think it's funny, or looks good, or both."

Another frustration is that Curtis' work is so iconic of Native culture and history, and yet it was produced by a white man. Modern Native American photographers are still in constant competition with him, says Jeff Ferguson, a local photographer and member of the Spokane Tribe.

"They put [his photos] up all over the place, and then when we try to put up our exhibits... That's frustrating in itself."

Despite the criticism of Curtis and his precarious position as a photographer of Native cultures, he seemed to have a respect for the people he photographed; a respect that became mutual. Word of Curtis' work traveled throughout the American West early on as he met with more tribes. Eventually, many were asking him to visit.

Regardless of his frustrations, Ferguson considers himself a fan of Curtis' work and The North American Indian. When the rest of the world was depicting the West as "full of savages," Curtis gave the world a more neutral take, he says.

"Even today, as a Native American when I go to other tribes who won't let me go shoot; they don't want me to depict them," Ferguson says. "That's me as a Native going out and asking another tribe or council for their permission. I couldn't imagine being a non-Native."

It's also important to understand the people in his photographs were willing participants, Arnold says.

"That's a context that we overlook, especially today. The Native people participating in it were really significant to the art form. He didn't force them to take their photos," she says. "They knew he was taking these photos for posterity. They saw what he was doing when he was manipulating them. It's really important to recognize Native agency in his photographic process."

Cameras of the time relied on slow shutter speeds and old school photographic processing, Ferguson notes. Curtis didn't have the same modern photography capabilities that we have today. The subjects had to be posed to prevent blurring. Photo editing was a natural process for him.

"Would you rather have nothing? Who else was doing it? No one else was doing it," Ferguson says. "Very few people would have the courage to try and do something like that. That's what it was: courage."♦

Edward Curtis' "vanishing race" never vanished. Native Americans still number about 3 million in the U.S., and Washington is considered to have among the highest populations (132,037 in 2016). For a better look at Native Americans through their own lens, we recommend checking out Project 562, a photography project that seeks to document and photograph "all 562 plus Native American sovereign territories in the U.S." The effort is lead by photographer Matika Wilbur, of the Swinomish and Tulalip tribes. Visit project562.com for more.