The great pivot to cannabis 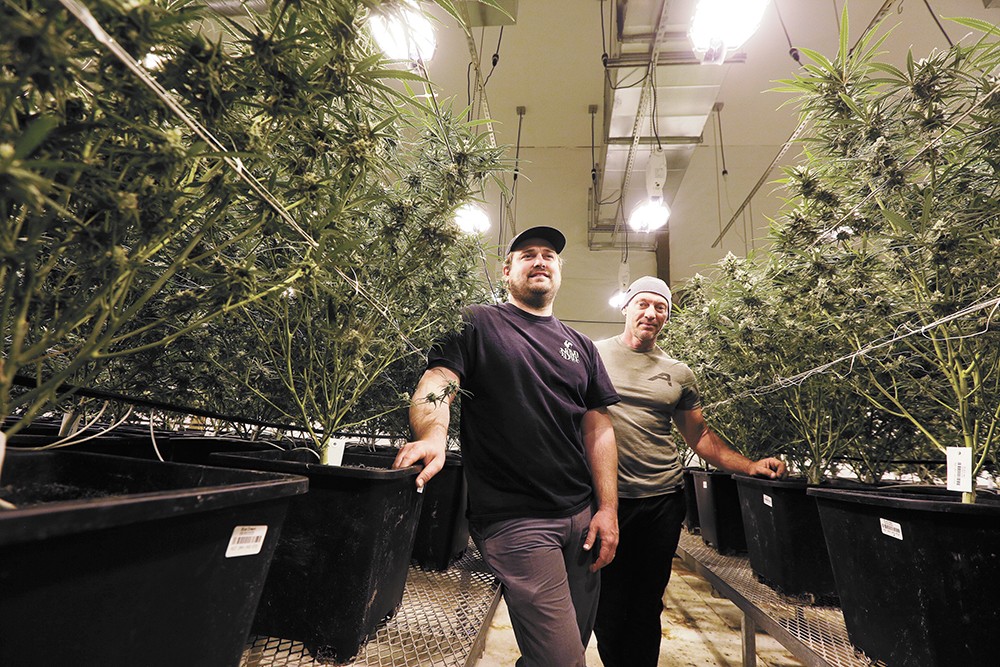 The legal cannabis industry has only been around for a handful of years, but one local farm's green thumb goes back generations.

Since the 1950s the Lima family has been in the business of growing — their namesake Lima Greenhouses dominate Vinegar Flats, where they still grow bedding plants and vegetables. In 2015, the Limas decided to expand into a new facility on the other side of town and Novo Dia was born.

"My grandfather saw things coming with cannabis being a big thing, and obviously knew we had an ideal set up," says Joe Lima, general manager at Novo Dia and part of the fourth generation of the family business.

Currently operating out of one greenhouse, with two more soon to come online, cannabis has proven to be a financial boost. Last year, when national retailer Shopko shut down all of its stores, Lima Greenhouses lost a major client. It would have been a serious blow in years past. With the success of Novo Dia, though, they've been able to supplement a lot of what was lost through cannabis.

The family's experience growing plants helped them transition into a different market quickly and efficiently.

"That gave us a tremendous advantage. We have not just the facility and the infrastructure but the knowledge of plant science and plant nutrition, even things like where to source pots and soil," Lima says.

Of course, moving into cannabis isn't as easy as moving from cucumbers to carnations. Regulations are much stricter for Novo Dia than they are at the other Lima Greenhouses. They have to measure and trace everything they produce. It's also a new industry, so all growers are forced to use equipment that isn't fully developed or optimized for cannabis. Not to mention, it's still technically illegal at the federal level, which Lima says is the greatest concern for him and his family.

At the end of the day, though, it's just an extension of their longtime family business — a legacy that is very much an integral part of the family. Even the name, Novo Dia, Portuguese for "new day," and the packaging, adorned with a rooster, the national bird of Portugal, pays homage to the family's heritage.

"My grandparents were in the greenhouse business forever. They now babysit all our girls. We've got five girls that they babysit while we all work in the grow. It's my parents, my sister and my brother. It's a tight group," Lima says. ♦