Who watches: Moms of the teen girls who watch the CW.

Sign of the Apocalypse or the new Golden Age of TV? The new dramas represent the forces of light; the new comedies, the forces of darkness.

Show sure to be discovered on YouTube by aghast future generations: The Neighbors

Watch if: You’ve ever fantasized about sipping Mai Tais on a tropical beach/holding the nations of the world hostage with a dozen nuclear weapons.

“Give me a cache of nuclear missiles,” Archimedes might as well have said, “and a place to fire them, and I will own the world.” In the best new drama of the season, a nuclear submarine is ordered to fire upon Pakistan. But the orders — coming from the wrong station and without a reason — look a bit sketchy. Captain Marcus Chaplain (a magnificent Andre Braugher) hesitates to fire, and then outright refuses. The result: a single nuclear submarine, surfaced on an obscure island in the Pacific, defies the entire United States government.

Normally, I’d worry this would suffer from Great Pilot Disease, where a serialized drama blows all its interesting plots in the first 45 minutes of its life. Here, none of the potential ongoing plots appear to be as interesting as the initial world-on-the-brink intro. And since no show has ever successfully pulled off a good government conspiracy plot line, why should this be any different?

That’s because Last Resort is from Shawn Ryan, the creator of the The Shield. Few writers know how to weave long-term plots with short-term ones as well as he does. 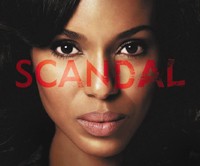 Smart people in Washington D.C., television has taught us, talk about twice as fast as normal people, fire back comebacks automatically, spew obscure statistics at will and sleep with absolutely everybody. That’s where the fun of Scandal comes from. Shonda Rhimes, creator of Grey’s Anatomy, gives us a D.C. crisis management firm (“gladiators in suits!” the dialogue perpetually tells us, without ever explaining what that even means) specializing in extracting clients from legal, political and reputation trouble.

Unfortunately, this sort of melodrama thrives on zany characters, and right now there are only two: the crisis firm’s talented boss, Olivia (an alternately ruthless and histrionic Kerry Washington), and U.S. Attorney David Rosen (a perpetually beleaguered Joshua Malina). The rest are generically attractive human exposition devices. The show reeks of potential, and the fact that it’s not better is, well, a scandal.

Watch if: You’re considering a career in demonic urban planning.

The question isn’t whether your soul is worth swapping for a decent New York apartment at a cheap price. That’s a no-brainer. It’s whether you believe the devil would invest heavily in a risky historical high-rise property, just so he could perpetually screw with its all-too-mortal tenants. That’s just not sound leveraging. Terry Quinn (Lost) once again embodying the role of a malevolent being assuming human form, skillfully pulls off a proper mix of arrogance, kindness and sinister creepiness.

But horror, perfect for the one-off X-Files episode, never works well across serialized television. The premise is a mess. Outside of particularly skillful fiddle-playing and fanciful legal maneuvering from Daniel Webster, going up against the devil himself never ends well, and that weary inevitability drains any potential the suspense. Worse, ABC really, really, wants you to understand that this show is spooooky, and throws in Halloween music and disorganized bric-a-brac of horror imagery.

Watch if: The word “Nashville” inspires a warm smile.

Connie Britton (Mrs. Coach on Friday Night Lights) plays fading country music Rayna Jaymes, forced by her label to wearily co-headline with Hayden Panettiere’s Juliette Barnes. Britton can play absolutely anyone well — and she does here. Hayden Panettiere (of Heroes) can pretty much only play entitled, spoiled and deviously sexy well — and she does here.

But the greater problem is that nobody is likable. It’s hard to want to root for either the fading diva or the rising one. When you watch TV you usually either want to love a character or love to hate them. So far, none of the characters pass that test. But when they can sing like that, many people won’t care.