More than a decade after the River Park Square controversy, is the city ready to get back into the lending business? 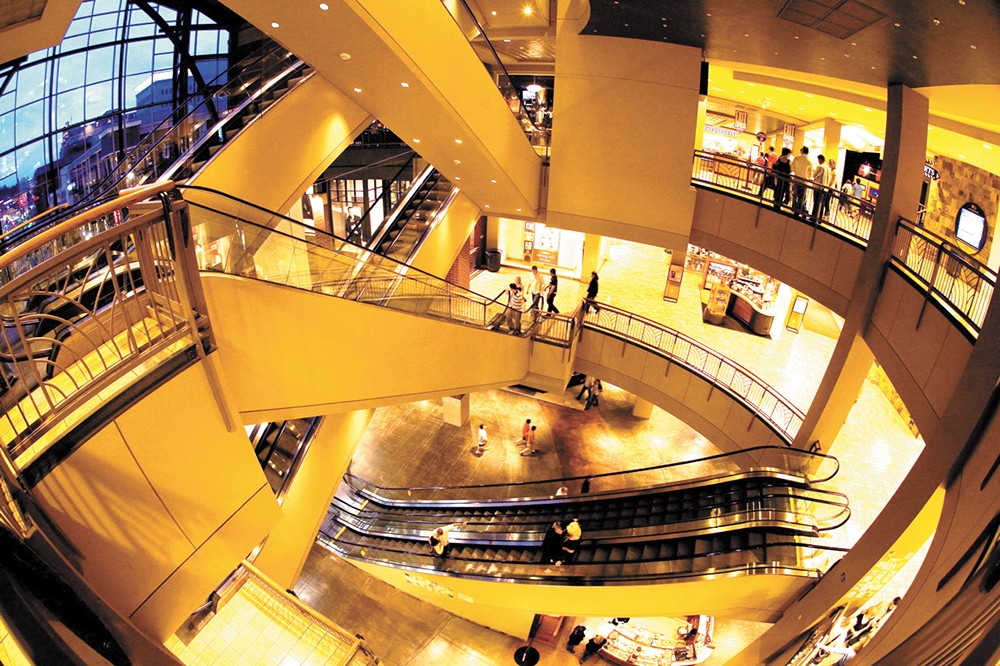 The last time the city used HUD Section 108 loans was for the redevelopment of River Park Square.

At River Park Square, as the spring sun streams in through high windows and families wait in line for movie tickets, it's easy to forget the past. Yet at any given public meeting in Spokane, the scandal surrounding this mall is likely to make it into at least one piece of public testimony.

In coming months, the city will test just how fresh those bitter memories are.

With hopes of helping revive the run-down Ridpath Hotel downtown, the city is eyeing $4.1 million in loans from the federal Department of Housing and Urban Development's Section 108 Loan Guarantee Program — money it hasn't touched since River Park Square.

The loans require cities to act as the lender, putting their Community Development Block Grant dollars on the line. If the developer can't pay back the loan, those funds — otherwise spent on community projects that benefit low- and moderate-income people — are diverted to repay it. The loans are specifically meant to fund projects that "principally benefit low- and moderate-income persons, aid in the elimination or prevention of slums and blight, or meet urgent needs of the community," according to HUD. Among the many River Park Square controversies were concerns about risking grant dollars if the mall's profits floundered, and doubts about whether the luxury mall should have qualified for the loans to begin with.

Today, the city is paying the nonprofit National Development Council $36,000 to help investigate developer Ron Wells' plans and funding sources before advising the city on whether to go forward with the loans, and what types of protections it should put in place in case of default.

"The best way to move beyond any concerns about public-private partnerships is to do them correctly," says city Chief Financial Officer Gavin Cooley. "That means to do them for the right reasons and to minimize the risks associated with them." 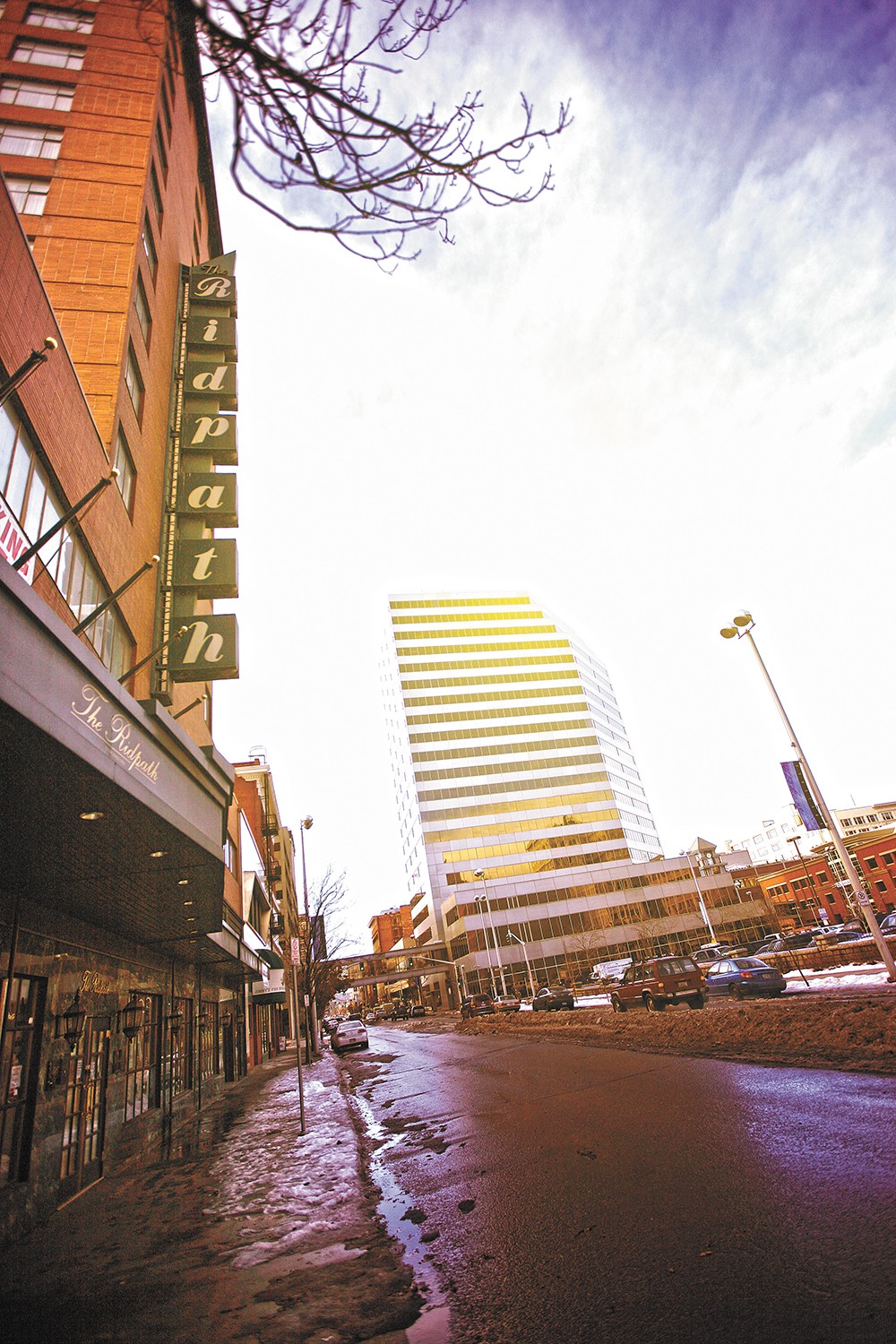 Young Kwak
The city of Spokane is eyeing $4.1 million in federal loans to back the redevelopment of the Ridpath Hotel.

Cooley presented the idea to the council last week, but it will be at least a month before the NDC has recommendations to present.

"I'm definitely leery only because of what's happened in the past," he says. "This time around we're really going to be looking over folks' shoulders."

Fagan and other councilmembers, including Steve Salvatori and Candace Mumm, say they won't fully support or oppose using the loans until they learn more.

Council President Ben Stuckart sees the loans as a missed opportunity and is eyeing them for more than just the Ridpath. Last year, Stuckart launched a "targeted investment" plan, directing multiple sources of city funding — street improvement and housing rehabilitation dollars, for example — at one area of town for revitalization. For the first round of investment, Stuckart and others chose a section of East Sprague just beyond downtown. But when he first brought up Section 108 loans as a potential opportunity for that area, he says he was told "there is so much history that nobody even wanted to go near it or talk about those again."

"I can see why people are wary," Stuckart says, "but I think we've come far enough as a community that if we have tools ... that can help move projects forward, we need to be examining those."

The heaviest counterweight to fear regarding another River Park Square is an urgency to bring the towering Ridpath back from the dead.

Wells has renovated historic buildings across the city, more than a dozen of them in downtown, bringing more renters to the city's core. In discussions of downtown's overall health, getting people to actually live there, not just eat or shop, is a recurring theme. The more eyes on the street, the theory goes, the safer and, in turn, busier the area.

"I have not been in a conversation about downtown in last four years that has not involved the Ridpath. ... It's like [businesses in that area] have this huge, dark cloud above them that has just killed things," Councilman Jon Snyder said at a finance committee meeting last week. He acknowledged the risk of Section 108 loans, but pushed Cooley to move forward:

"Is there some risk? Sure. But nothing good is ever achieved in the civic context without some sort of risk."

Wells and his partners currently own the top two floors of the Ridpath, part of the first floor and the sign on the roof. While he's not the only developer who has eyed the project, his plans are the furthest along. The Section 108 loans would be part of a $16.1 million funding package, which also includes money from local investors, tax credits (because the building is on the historic register) and a separate private loan. The total, Wells says, would fund the purchase of the rest of the building and its renovation into apartments, including "micro-units," and restaurant and shopping space. (With rent starting at $425 for 300 square feet, the apartments are considered low- to moderate-income housing, making them eligible for HUD loans, Cooley says.) After posting ads on Craigslist starting last fall, Wells says 161 people are on a waiting list for the apartments. 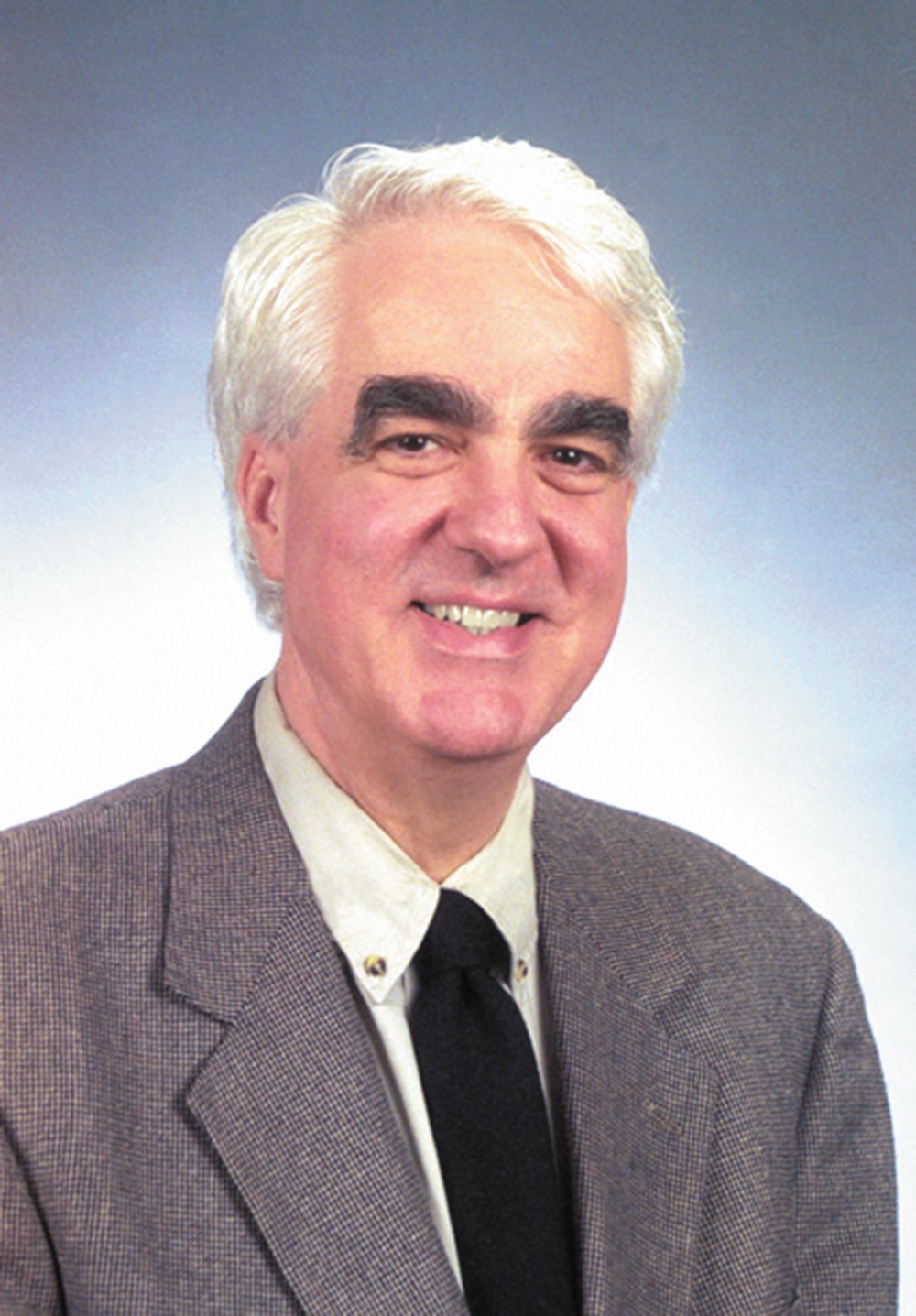 Ron Wells and his partners currently own the top two floors of the Ridpath, part of the first floor and the sign on the roof.

While Wells is glad to see the city weighing his request for Section 108 loans, he believes one significant roadblock remains at City Hall. Since River Park Square, the city council passed changes to the city code requiring any developer receiving Section 108 loans to get a letter of credit from a bank, essentially stating that it will back the borrower in case of a default. Those who pushed for the reforms saw them as a major protection for citizens. Wells calls them a "poison pill" meant to prevent public-private partnerships. He says letters of credit are "functionally impossible" to get, and he's hoping the council will grant him a waiver, which it's allowed to do after a public hearing.

"When you ask a bank to provide a letter of credit, they'd rather produce the loan because they can actually make the money off it," Wells says. "Even if you could persuade a bank to do it, you'd basically have to prove you didn't need [the loan] in the first place."

As discussions continue inside City Hall, the final indicator of whether Spokane is ready to once again bet its community development dollars on a big project may be public process.

In order to make a deal that includes using the loans, the city must amend its plans for how it will spend HUD grant dollars. That means first changing its "citizen participation plan" to start the discussion about the loans. Then, if the loans will be used, it must change its annual and five-year CDBG spending plans.

At minimum, that means 30-day comment periods for each change, but Jonathan Mallahan, director of the city's community and neighborhood services division, which oversees the disbursement of CDBG funds, says he hopes for more. He says his department will look for other ways to engage citizens, like hosting a telephone town hall for people who can't make it to a physical meeting, or presenting to the Community Assembly, the meeting of all the neighborhood councils.

"We want people to have the information they need to feel informed and have an opportunity to impact the decision-making," he says. "At the end of the day, feedback and confidence from citizens is a key component."♦