The Hero of Hip-Hop 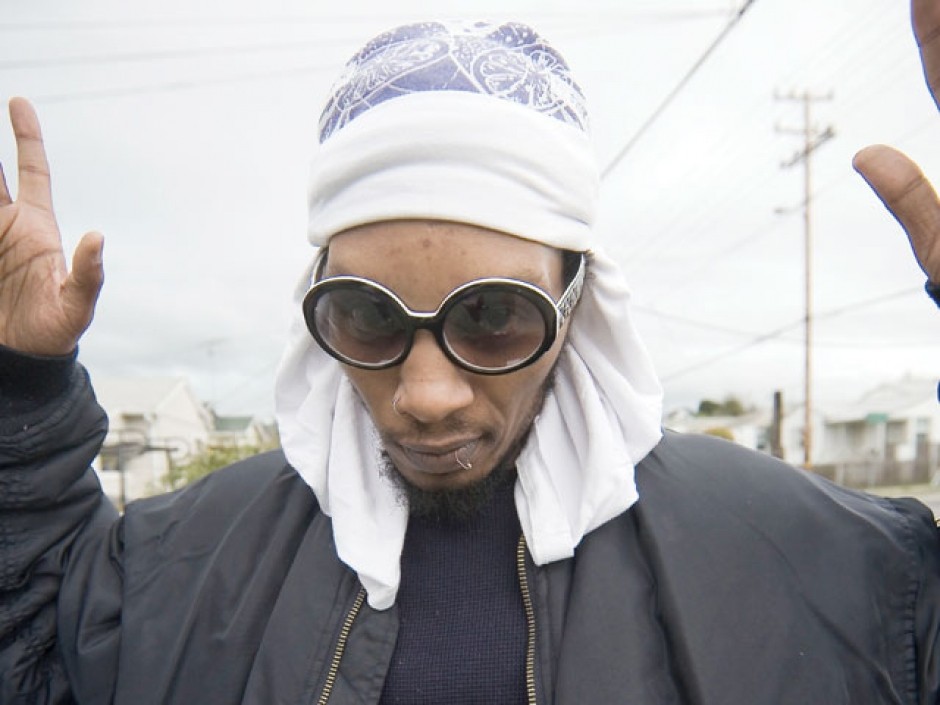 The year: 1991. Hip-hop music is being scrutinized for polluting America’s impressionable youth with obscene lyrics and violent street-gang imagery. The Rodney King video has just surfaced, further fueling the racial tension that would eventually erupt into the Los Angeles riots the following year.

Amid all this darkness, an 18-yearold rapper, a guy who liked to call himself Del tha Funkee Homosapien, released his first album, I Wish My Brother George Was Here (the title taken from a well-known Liberace catchphrase). The album was brimming with a unique combination of grit and whimsical humor that didn’t really exist anywhere else in hip-hop at the time. Del’s voice and witty lyrics bounced on top of Parliament/Funkadelic-like beats and samples, spitting out a modest hit single, “Mistadobolina.” Some of the album’s success was owed to the producer, Del’s successful cousin Ice Cube (who, ironically, was one of the principal targets of criticism in the campaign against gangsta rap).

Despite the relative success of his first album, Del was unhappy with the result and severed his creative partnership with his famous cousin, hoping to exert more control over his own music. His second album, 1993’s No Need for Alarm, incorporated a different, slightly darker sound, with samples pulled from jazz and fusion records. While not an outright flop, the record didn’t satisfy the desires of Del’s record label Elektra, and he was unceremoniously dropped from the label’s roster.

It would be five years before Del re-emerged with a new album, the independently released Future Development. Though it didn’t see a full release on CD until 2001, it was a creative success for Del and a commercial success for his indie label, Hieroglyphics Imperium Recordings.

Afterward, Del transformed into an underground hip-hop folk hero — a trailblazing pioneer of the genre of new-school rap. His successes have continued, both in his solo albums and in collaborations with Kid Koala, Dan the Automator, Gorillaz and his fellow Hieroglyphics crew members.

This year has been a big one for Del — he’s released two albums this year alone, Funk Man (The Stimulus Package) and Automatik Statik. Both albums showcase Del’s evolving style: intelligent, abstract, humorous and musically diverse. Mixing social commentary, pop-culture references and psychedelic absurdity, Del’s lyrics are nothing if not interesting. Onstage, his shows are conspicuously atypical of the typical hip-hop show: no posturing, no bootydancing strippers, no B.S. For Del, it seems, it really is all about the beats and the lyrics, and it shows.