The 'honeymoon' is over: Daily attendance at Riverfront Park's ice ribbon drops by 57 percent this winter 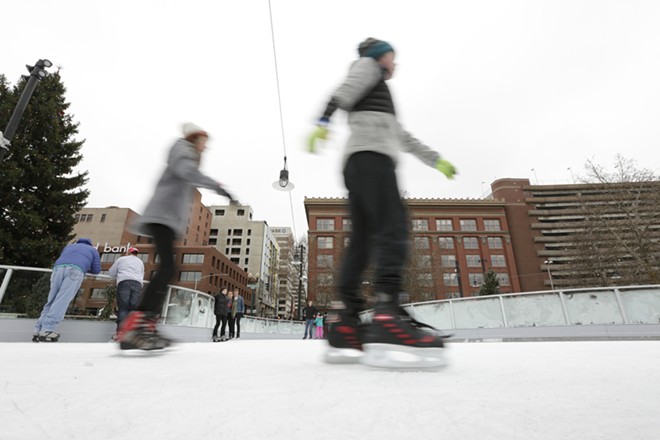 Young Kwak
Park officials are brainstorming ways to utilize the ribbon during the off-season.


The ribbon, which first opened in 2017 after a series of delays and setbacks, attracted 53,338 guests during its first winter season. This past winter that number dropped to around 47,654, according to the latest figures from the Spokane Parks and Recreation Department.

But the first season was about half as long as this year's. Last season, the ribbon opened on Dec. 8 and stayed operational for 58 days before abruptly closing on Feb. 3 due to broken equipment. In contrast, during the 2018-19 season, the ribbon was open from Nov. 17 through March 17 for 121 days.

So, when considering the different durations that the ribbon was open, the change from 53,338 guests to 47,654 guests represents an roughly 57 percent decrease in the average daily visitor rate.

City staff and other proponents argue that this is the natural trajectory of such a project, and that it isn’t failing in its mission of bringing life to the park.

“I wouldn’t say there’s a drop. I would say we’re seeing more of a normal season,” says Jon Moog, director of Riverfront Park. “Last year was a brand new season. It was what we’d call our ‘honeymoon season.’

Fianna Dickson, communications manager for the Spokane Parks and Recreation Department, notes in an email that, during the 2017-18 season, attendance peaked at the ribbon's grand opening and through December before tapering off in January.

Moog says that he can’t “speculate” on any their projections for attendance numbers for next year’s skating season, but he and other city staff stress that the ribbon is attracting more visitors than the city’s previous rink, the Ice Palace on Havermale Island, which reportedly garnered around 30,000 people during the winter season prior to its closure.

"In addition to the ribbon performing better than the former Ice Palace, it's also activating a corner of the park that was underutilized in its connection to downtown and the Skyline," Dickson writes in an email in response to the decreased average daily attendance rate. "The ribbon provides a unique urban experience."

Nick Sumner, president of the Spokane Park Board, agrees that a dip in attendance is natural.

“With it being fully open to the environment and stuff, snow, other things, can take a bite out of it,” he says. “I think that it didn’t help either when we had those multiple days with snow after snow.”

As for revenue from skate rentals and ticket sales, the ribbon is reportedly bringing in more than enough to cover maintenance costs, Moog says: “We’re happy with where we are with the numbers.”

However, he adds, they’re having to look at ways to cut costs, given increasing operating expenses, such as the rising state minimum wage.

“We’re working hard to make sure that we don’t have to raise ticket prices,” he says.

Funded by a $64 million bond that voters approved back in 2014, the ribbon was pitched as a key attraction that would not only provide winter recreation but also a venue for a variety of on and off-season activities, such as roller skating and food truck festivals during the summer months and a holiday tree lighting ceremony. (The winter programming brought in nearly 10,000 additional visitors that aren’t included in the official rink attendance numbers, Dickson says.)

Moog says they plan to continue their summer programming this year and are “brainstorming” new concepts, such as hosting a mock "beach day" and converting the ribbon into a volleyball court.

While it may take the city a little bit to figure out how to maximize its usage of the space in the broader vision of a vibrant downtown waterfront, Sumner says that, in the long-term, the project will pay off.

“There’s still a lot of construction going on in the park,” he says, adding that it's “as effective as it can be with all that stuff going on.”

Kris Dinnison, co-owner of Boo Radley’s located on Spokane Falls Boulevard near the ribbon, tells the Inlander that, anecdotally, the ribbon has boosted their business and has helped revitalize the area.

“We definitely saw a bump when the park reopened. A lot of it seemed to be coming from both the skating and the carrousel,” she says. “There are always people out there. It's hardly ever empty.”

This post has been updated to correct the duration of the ribbon's opening season. 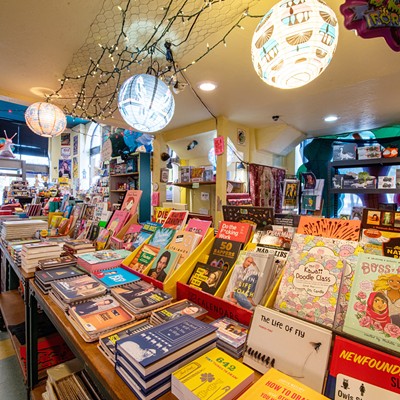