I should be a sucker for The Hour. I'm not. 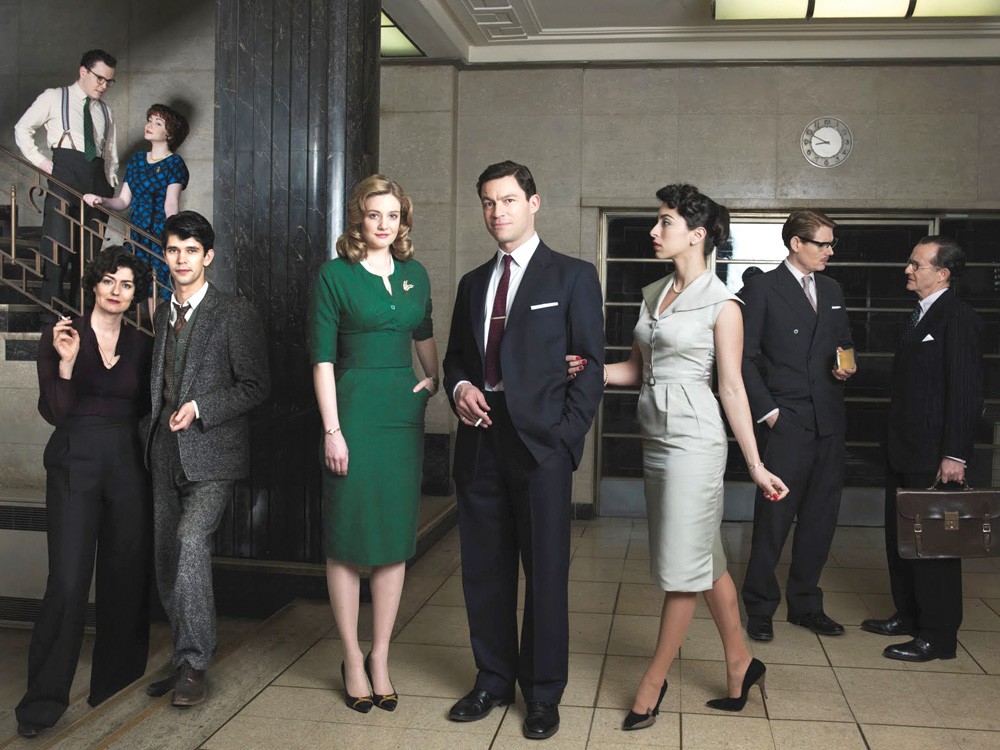 To a journalist, Mad-Men-fan and anglophile like myself, you’d think a TV series about British news magazines in the mid- ’50s would be like a corned-beef, whiskey and heroin stew — thick, textured, addictive and satisfyingly British.

It certainly has a strong aroma of the period and the us-versus-them flavor that the fourth estate likes to lord over, well, everyone. But especially in the UK at that time, where journalists of the government-owned BBC are constantly told to toe the line — mind the queen, lay off the parliament and whatnot. As for addictive, though? Satisfying? Eh.

It’s 1956 and British broadcasting is still neck-deep in the journalistic trenches. Freddie Lyon (Ben Whishaw) toils making propagandistic newsreels of debutante balls. He and friend Bel Rowley (Romola Garai), though, have aspirations toward making a programme that does hard news. But narrow-minded executives and a broad government conspiracy threaten that vision.

Lyon and Rowley share some sexual chemistry here, but not much and, when Lyon is passed over for the producer spot, it’s not a moment to explore the roles of women in ’50s Britain so much as it’s an excuse for Lyon to pout before stepping up to be a model 2011 progressive white male.

That’s the biggest problem. The Hour looks period, but it’s riddled with anachronisms of both mindset and deed. The leads refer to each other as James (for Bond) and Moneypenny, the script ignoring the fact that Bond’s famous unrequited romance was a product of the films, not the books. (The films began in 1962.)

Inaccuracy would be excusable if the show were a romp or full of suspense or managed to ask big questions. The dialogue isn’t salted with the repartee one would hope for from a top-flight British period piece, and the intrigue isn’t piquant enough by half.

It’s all a bit wet, the six-part series seemingly diluted to suit propriety and so as to not offend middle-brow palates. The Hour, in short, does, in dramatizing television journalism, everything it accuses the British government of doing to real television journalism.

There are good ideas here, but no roux to thicken it all. After sitting through four of six episodes, this reporter feels what he’s been fed was limpid, watery and something of a bore.

Strike Back
Proof that not every British-produced TV show is high-minded. Those who praise Strike Back — and the scorecard is mixed — do so for the adrenaline-filled way the show shoves a gun barrel and a couple of fists into the gaping wound in the souls of white American males left by the departure of 24. If you don’t go looking for ethical quandaries or shades of gray in the hunt for international terrorists, you will love Strike Back.  (Fridays, 10 pm, Cinemax)

Russian Dolls
A Slavic Jersey Shore, Russian Dolls is proving interesting on a meta-level. Critics are deeply split about the Brooklyn-based show, and the split is largely geographic. The Hollywood Reporter called it “a sassy piece of voyeuristic candy,” while a NY Times critic called the group “a gaggle of vain, vulgar spendthrifts willing to hiss, preen and cry on cue.” Cross-country schadenfreude? We think maybe. (Thursdays, 10:30 pm, Lifetime)

Karaoke Battle USA
Hosted by Joey Fatone of N’Sync and Dancing With The Stars. Judged by Carney Wilson of Wilson Philips and … uh … (Fridays, 9 pm, ABC)