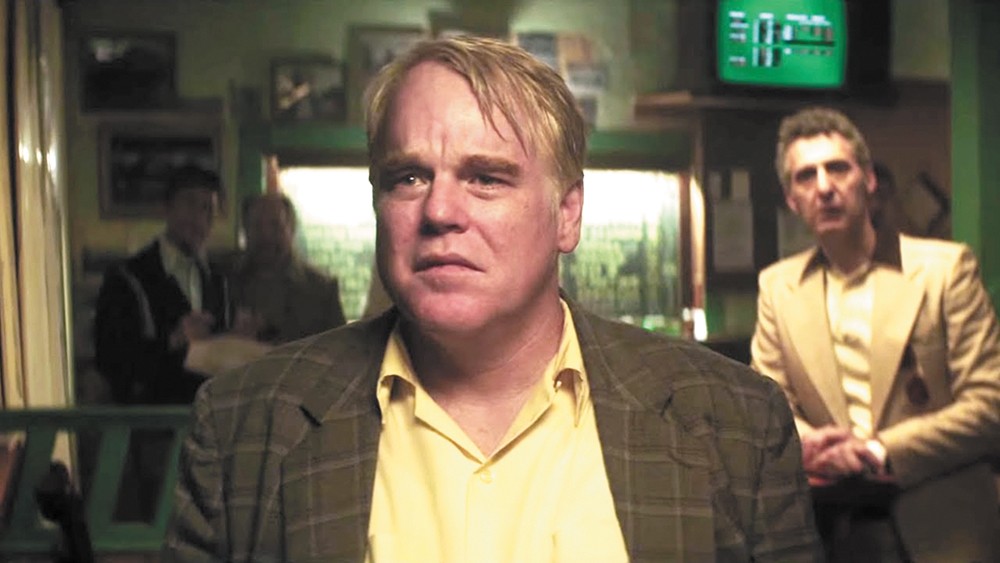 It should come as no surprise that big studio megaflicks will dominate the summer's box office. But don't sleep on the smaller stuff. Some incredible cinema is coming to town (selected showings at either the AMC 20 or The Magic Lantern) that might fly under your radar. Don't let that happen. Here are a few flicks not to miss.

It's only been three months since we lost Philip Seymour Hoffman, but the loss feels greater as time slips by and we realize all the man did on screen. God's Pocket, directed by Roger Sterling himself, John Slattery, has Hoffman in one of his last roles playing Mickey, a hard-gambling family man in a small town. When his wild-ass adult son is killed in what he and his wife (Christina Hendricks) are told is a construction accident, he attempts to settle his debt while also finding the truth. (MB) Rated R 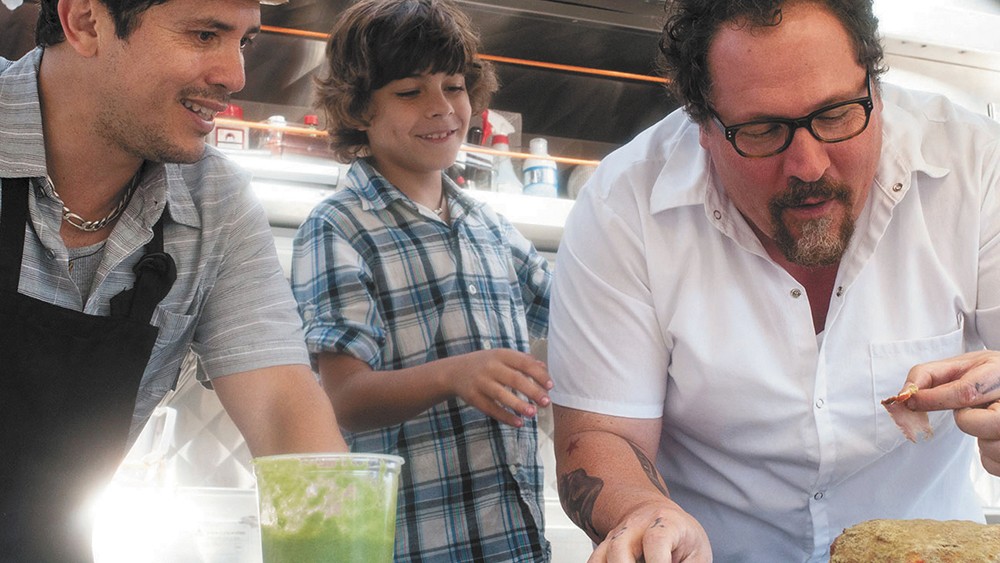 Make sure you bring a huge tub of popcorn, maybe a couple of hot dogs and some Milk Duds — anything to keep you from drooling through this film. You'll watch chef Carl Casper (Jon Favreau, who also wrote and directed) plate some delectable-looking meals. After a local food critic tears the L.A. hotshot chef to shreds, Carl quits his job and searches for what he really wants to do, finding it in a beat-up old food truck. Many familiar faces (Bobby Cannavale, Scarlett Johansson, Dustin Hoffman, Sofía Vergara, Robert Downey Jr.) accompany Favreau in his film that won the Narrative Award for best feature at the Tribeca Film Festival. The director best known for big-budget films like the Iron Man series and Cowboys & Aliens visually dazzles the audience, but litters his film with food porn instead of special effects. (JM) Rated R

Sandra Bullock spends Gravity in outer space, mostly in a spacesuit, and James Franco is trapped between rocks for a good portion of 127 Hours. Locke adds to a list of growing claustro-core films (movies set in one fairly confining space). Tom Hardy never leaves his car and the camera never leaves his handsomely bearded face except to sweep across out-of-focus headlights and glowing cityscapes. You only hear Hardy, who plays a man named Ivan Locke, speak in his Welsh accent to people over the phone, including his boss, wife and kids. He seems to have a good life — a job he works hard at and a family he loves — but as the calls roll in, everything begins to fall apart. (JM) Rated R 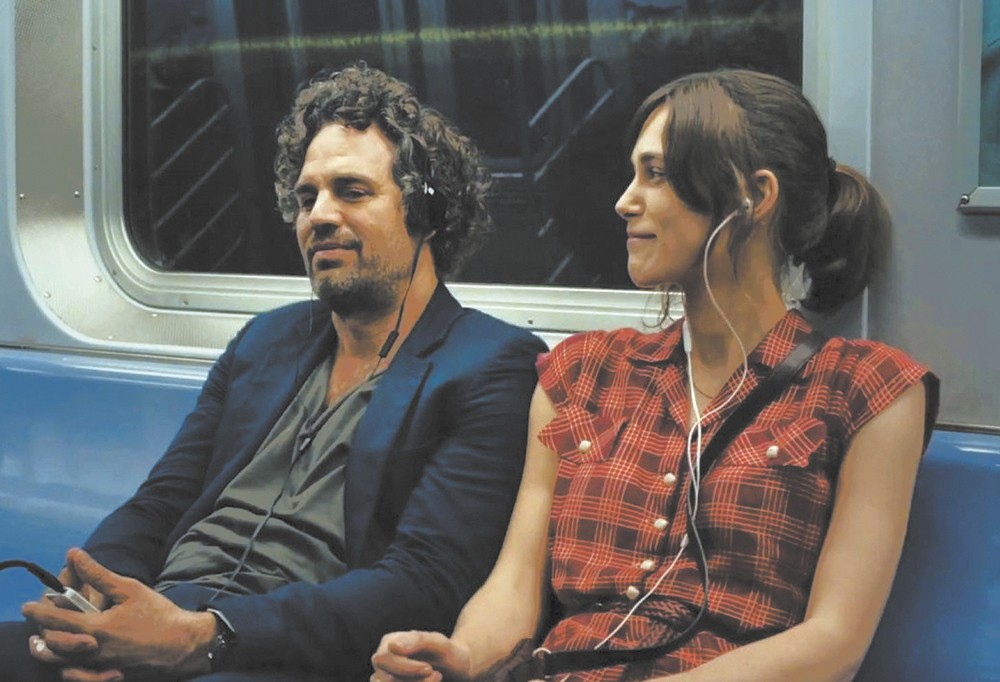 Greta (Keira Knightly) is madly in love with her rock-star boyfriend Dave (Maroon 5's Adam Levine). When he breaks it off for better prospects, she sings about it in a shady New York bar. Recently fired record label executive Dan (Mark Ruffalo) falls in love with the heartbroken Greta and decides to produce her music, whatever the cost. Writer/director John Carney's drama follows two people just trying to pick up the pieces and start over throughout the course of one memorable summer. (EMERA L. RILEY) Rated R

It's been more than 20 years since Richard Linklater wrote, directed and produced Dazed and Confused, and in that time he's become one of America's cinematic treasures. Evidence: the Before Sunrise trilogy, Waking Life, A Scanner Darkly and Bernie. Now Linklater takes his ambition to another level with Boyhood, a film whose concept alone could give you goose bumps. Linklater, who wrote and directs, selected a cast, including his protagonist, a then-7-year-old Ellar Coltrane, in 2002. He shot intermittently over the course of the next dozen years, and the result is a story of a boy struggling to maintain a relationship with his divorced parents, played by Patricia Arquette and Linklater favorite Ethan Hawke as the kid goes from elementary school to the brink of college. Like the revolutionary Up documentary series, it's perhaps even more impressive as it's a narrative film. (MB) Rated R

IF I STAY August

Based on the best-selling novel of the same name, If I Stay illuminates hard choices that can make up the teenage years: college, boyfriends and, unfortunately, death. When Mia Hall (Chloë Grace Moretz) is involved in a tragic accident that kills her parents, she's given the option to fight for her life or move on to a place unknown. The choice is made even more complicated because of boyfriend Adam (Jamie Blackley) whose love for Mia is tested by her self-doubt. (ER) Not yet rated

GET ON UP August

James Brown might have started out as an impoverished child, but even then he was told that one day everyone would know his name. This biopic directed by Tate Taylor, who also gave us The Help, follows the legendary soul singer through several decades, showing how it happened. See the evolution of Brown's (Chadwick Boseman) dance moves, funky tunes and iconic voice, and watch his career (and hair) grow right before your eyes. (JM) Not yet rated

MET Live in HD: The Hours @ The Kenworthy