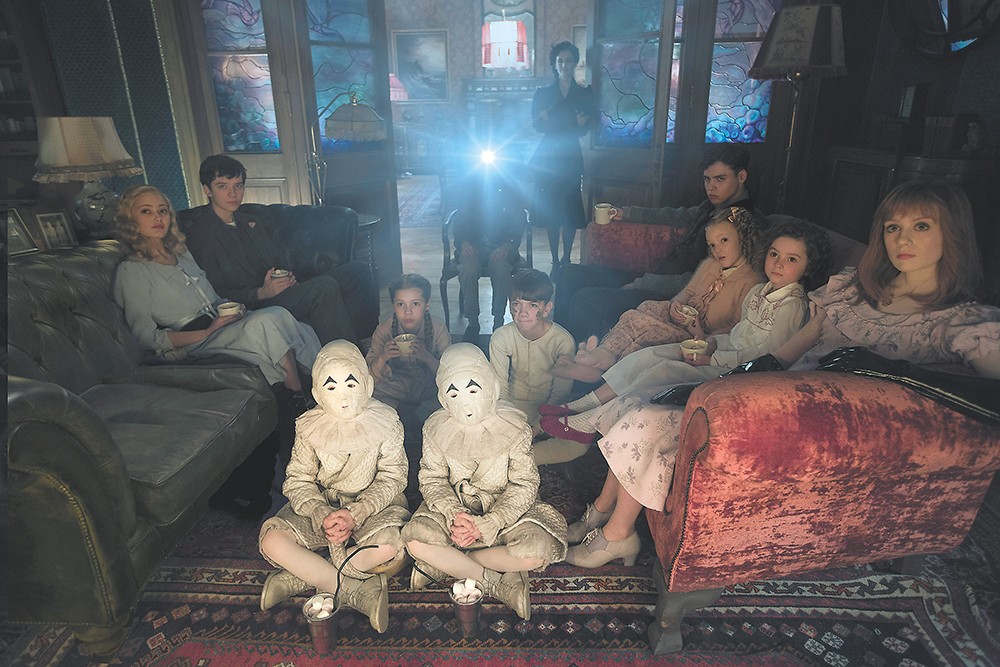 Tim Burton's been in a rut.

While the director once brilliantly mixed charm with darkness, recent works like Dark Shadows have bordered on self-parody. Burton's latest effort, an adaptation of Ransom Riggs' hit 2011 young adult novel Miss Peregrine's Home for Peculiar Children, serves as an effective step back from that dangerous (Johnny Depp-heavy) ledge, but tonal issues prevent it from fully regaining that early Burton magic.

When outcast Florida teen Jacob (Asa Butterfield) goes to check on his beloved grandpa (Terence Stamp) after a distressed phone call, he finds the old man dying and sees monsters nearby. Based on his cryptic dying words, Jacob follows the path of his granddad's fantastical bedtime stories about his time at Miss Peregrine's (a wonderfully stern Eva Green) orphanage in Wales for children with fantastic powers. After events lead Jacob through a time portal, he discovers that the children (known as peculiars) do exist, possessing powers like super strength and the ability to rapidly grow plants. But they are stuck living the same day (in 1943) on a loop to avoid Barron (a more goofy than intimidating Samuel L. Jackson) and his legion of murderous monsters known as hollowgasts. Jacob soon finds out that he may unknowingly hold the key to protecting the children.

Miss Peregrine's has a big target audience issue. At its heart, the story is a childhood fantasy adventure, but it's hard to advise any parents to take preteens to see the PG-13 flick, because its darkest parts offer pure, unadulterated nightmare fuel. The hollowgasts are extremely horrific monsters for a kids' movie, looking like giant Slender Men with no eyes, blades for arms and legs, razor teeth, and tentacles extending from their mouths. Even on the side of good, the peculiar Enoch uses reanimation powers to make disturbing patched-together creatures with weapon appendages to fight to the death, solely for his amusement.

While the cast succeeds at charming, the complexity of the plot doesn't allow much space for the character development needed to fully invest in the plight of the peculiars. The emotional core of the movie relies heavily on the viewer buying into the instant love between Jacob and Emma (Ella Purnell), the floating girl with air powers. But without chalking it all up to absurdly aggressive teen hormones, there's no understanding why they're so smitten so quickly. Miss Peregrine's ends up being a creative but ultimately only serviceable entry in the Burton canon; not a full return to form, but a return to watchability. ♦

Miss Peregrine's Home for Peculiar Children is not showing in any theaters in the area.