The Lady is a Champ

Women's boxing comes back to Washington, where it all started. 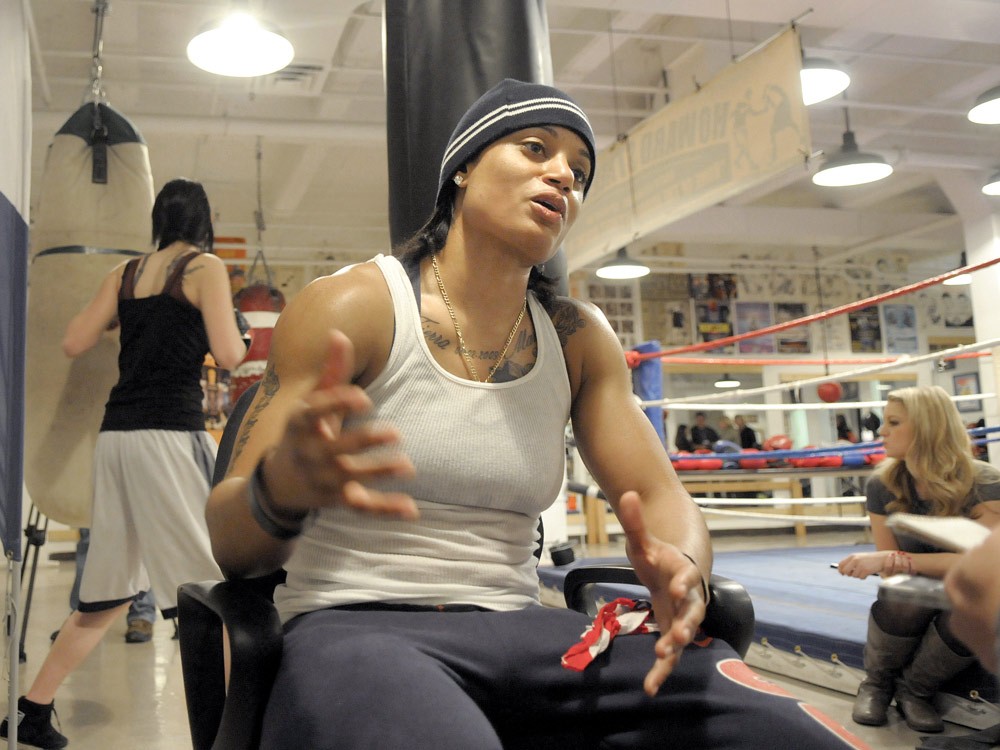 Queen Underwood doesn't plan on losing her chance to represent America as one of the first women boxers in the Olympics.

“You can’t lose in boxing, that’s the whole mindset,” Queen Underwood, 27, says after about 30 minutes bobbing and jabbing for cameras at a press event previewing next week’s first-ever women’s Olympic qualifying bouts at Northern Quest Casino.

The Seattle native has barely broken a sweat. For a woman who trains all day at one of the most punishing athletic disciplines, a half-hour of hot-dogging doesn’t amount to much.

But Underwood, the five-time national champion, is not the first Washingtonian to blaze a trail for women’s sanctioned fighting.

That job fell to Bellingham native Dallas Malloy, who began boxing at 15 (she was the only girl at the gym) and cracked open a USA Boxing rulebook to learn that, unlike the boys, she wasn’t allowed to fight. In 1993, she enlisted the American Civil Liberties Union, which took the organization to court and forced it to open to women.

And it was Malloy who, later that year, won the sport’s first-ever fight by unanimous decision.

“It was all kind of just surreal and slow-motion,” says Malloy, a body-builder, actress and musician who now lives in Southern California. “It was very gratifying.”

Malloy, however, doesn’t have a chip on her shoulder.

For Malloy, Queen Underwood’s shot at world renown was always just a matter of time.

“When I heard when this was happening, it’s just, ‘Finally,’” Malloy says, referring to the decision to allow women boxers in the Olympics. “It was inevitable. Why did this have to take so long?” “People are going to look back and say I can’t believe they had to go through all that,” she says.

By “all that,” Malloy means the 19-year lag between the acceptance of women pugilists in the U.S. and the Olympics jumping on board.

In order to make the Olympics, Bartkowski says, the organization needed to increase both the pool of available fighters and interest in the sport. And since the Olympics are a gathering of all nations, this needed to be achieved on a global scale. The first big step was organizing the first women’s world championships in Scranton, Penn., in 2001.

“We were able to create a major international competition for women,” Bartkowski says. “That really showed the International Olympic Committee.”

But at the Olympic trials next week, it’s down to the 24 women vying for three spots to represent the United States.

“The 24 athletes that have qualified . . . it’s the cream of the crop, the best of the best. It’s going to come down to the wire,” Bartkowski says. “Watching women box is just as interesting. They have the strategy, they have technique, and they’re just as committed to chasing the Olympic dream.”

Since losing her first fight in 2002, Underwood has come back hard. She’s won the past five national championships and competed in the Pan-American games. She’s also been working full-time with a new coach in Colorado Springs since December.

Training lasts all day. It starts with strength conditioning, weight lifting, calisthenics. Recovery time between workouts includes sessions with chiropractors or nutritionists. During the day are meals no one wants to eat: lots of yogurt, apples, chocolate milk, egg whites. No dairy or sugar at night. The boxing comes, hours at a time, in the afternoon.

Underwood calls a day like the one spent at the Howard Boxing Club press event a “fun” day, though she’s already packed some workouts in beforehand so she doesn’t lose ground. That’s the kind of focus that will hopefully knock out enough opponents to take Underwood to the Olympics, and eventually, a gold medal.