A graphic novel that traces a history of guilt from Nazi Germany to the present day. 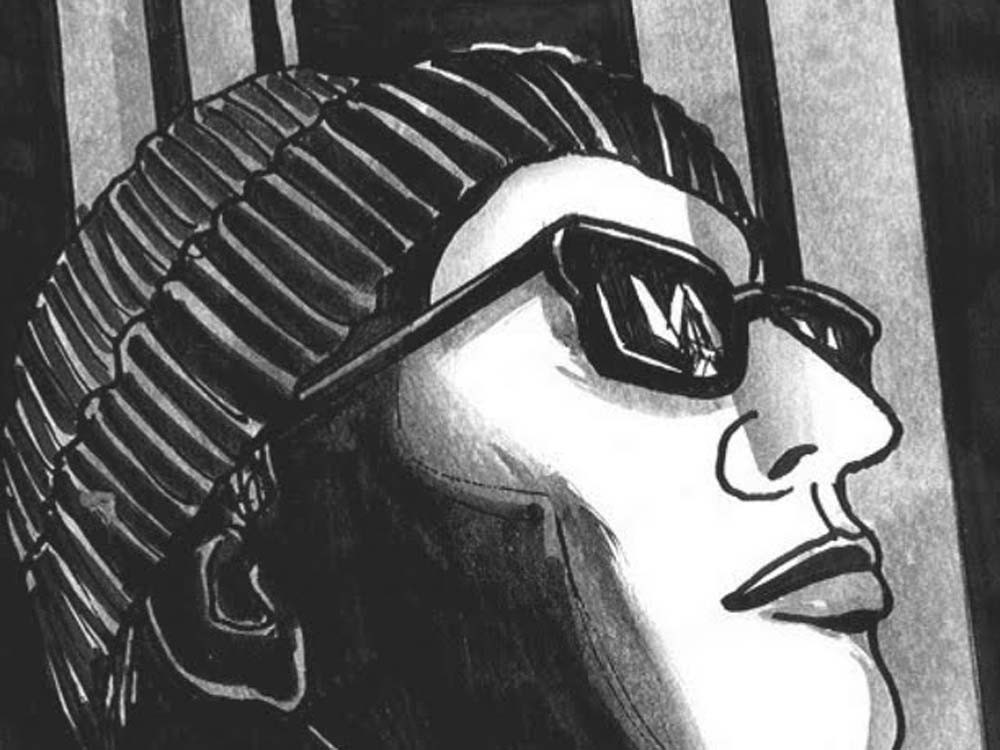 From the anonymous manifesto denouncing the pharmaceutical industry, on the first page, to a bronze sculpture of a suppressed anti-Nazi newspaper headline weighted down by a giant hammer and nails, on the last, David Lester’s graphic novel The Listener explores how words often fail their intended purpose, precipitating actions with unforeseen consequences.

Both events concern Louise Shearing, a Canadian sculptor who is wracked with guilt over the death of the activist. (Her guilt has something to do, we learn, with a sculpture of a French anarchist that she sculpted and the activist had admired.) Louise winds up backpacking across Europe, hanging out in art museums and hooking up with European men, when a chance conversation with an elderly couple in a café leads to an unexpected history lesson.

Rudolph and Marie are from the former German state of Lippe, site of the last free election in Germany before Hitler took the chancellorship. Journalists and members of a smaller right-wing party (the DVNP), which balks at towing the Nazi Party line, they nonetheless go along with the suppression of an article exposing corrupt Nazi. The headline pulled at the last minute is preserved for posterity on a secret plate that Rudolph smuggles home. “Our failure to defeat the Nazis in Lippe is a regret we live with every day,” Marie says.

The Listener is a shadowy morality play cloaked in German Expressionism. The black guilt within Louise and the German couple seeps across each page like a Rorschach blot. Each bleak frame is a single painting, rendered in messily urgent layers of gray, interspersed with replications of newspaper headlines trumpeting the rise of the Third Reich.

The book flags during Louise’s unstructured attempts to ascertain what art means to her by discussing it at length. It’s possible to imagine Lester himself — painter, musician, activist — having these very conversations, but they don’t have the same impact as the sculpture Louise finally creates in the last frame, a picture truly worth a thousand words.