Newcomer candidates bite back after being rejected by the local GOP. 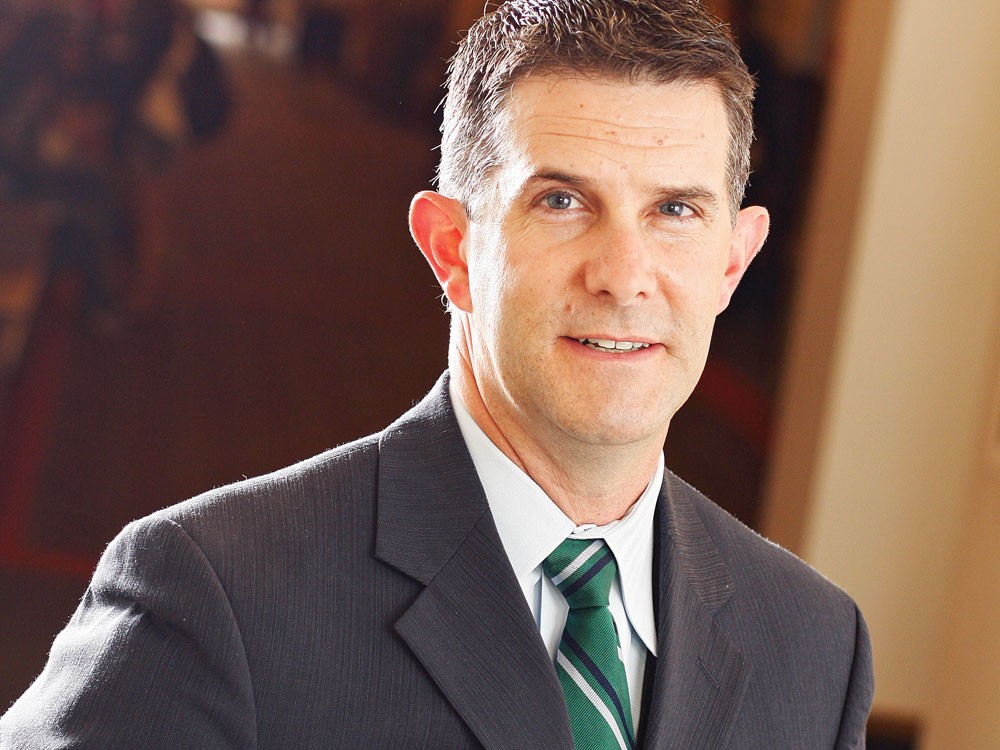 Young Kwak
Chris Bugbee, a candidate for Spokane County prosecutor, is a Republican. But is he Republican enough?

As a Republican candidate for Spokane County prosecutor, Chris Bugbee doesn’t wring his hands over alleged plots by the United Nations to take over the country.

Still, to receive the local GOP’s endorsement, he had to support the withdrawal of the government from the U.N. He hasn’t thought about the issue and doesn’t really care.

And he didn’t get the party’s nod. (Instead, the local party’s vice chair, Dave Stevens, did.)

“It’s one of those things I really wouldn’t have a position on,” says Bugbee, who’s never run for office before. “I’ll support [the party’s positions] as a voter or I won’t support them as a voter. But as a prosecutor, most of them don’t matter.” Bugbee’s predicament is one a handful of local, first-time Republican candidates are also facing this year: They feel edged out of party politics by what they say is an unfair endorsement process. All say their lack of knowing the right people, or disagreeing with the party’s more extreme views, led to their being shunned.

Shelly O’Quinn, who’s running for John Driscoll’s seat as state representative, says she was never given a chance to seek the party’s endorsement. Just weeks after she announced her candidacy in September, the county GOP endorsed John Ahern, the former occupant of Driscoll’s seat who is heavily involved in party politics.

“‘Who are you to run against the beloved John Ahern?’” O’Quinn says of the sentiment she received from the party’s central committee. “But I’m not running against him, I’m running against John Driscoll.

“They’re trying to make it seem like I’m not Republican enough,” she adds. “I’m a conservative, but I consider myself a rational, reasonable conservative.”

Steve Salvatori, a candidate for county commissioner, says he received a similar reaction from the committee. The steering committee, he says, had a “fairly narrow definition” for what makes a good candidate.

“They’ve narrowed the hole so much, if you’re not an exact match you’re not in,” he says. “I agree with 85 percent of what’s in the platform. That’s why I’m a Republican.”

Salvatori refused to sign the party’s “pledge,” which has four simple statements, each followed by two boxes: “yes” and “no.”

“They asked us to uphold the [United States] Constitution, state Constitution and party platform,” Salvatori says. “Those are not equal documents.”

Then there’s a declaration about promoting “free enterprise” and another opposing taxes. The final statement reads, “I will support the right to life from conception to natural death.”

“I’m pro-life, but I make exceptions for rape, incest and the health of the mother,” Salvatori says. “They did not think I was pro-life enough.”

Salvatori says the steering committee — composed of Cindy Zapotocky, Dave Stevens, Curt Fackler, Joanne McCann, John Christina and a dozen district leaders — is “focused on picking a candidate that will do well in the primary” but will face trouble in the general election.

Fackler, also the party’s spokesman, says nothing nefarious is happening during the endorsement process — they pick, in their estimations, the best candidate.

“Every one of them, if they do get through the primary, we’ll endorse them,” he says. “We think they’re all Republicans.”