Von the Baptist has exploried new sounds over five years, and still has room to grow 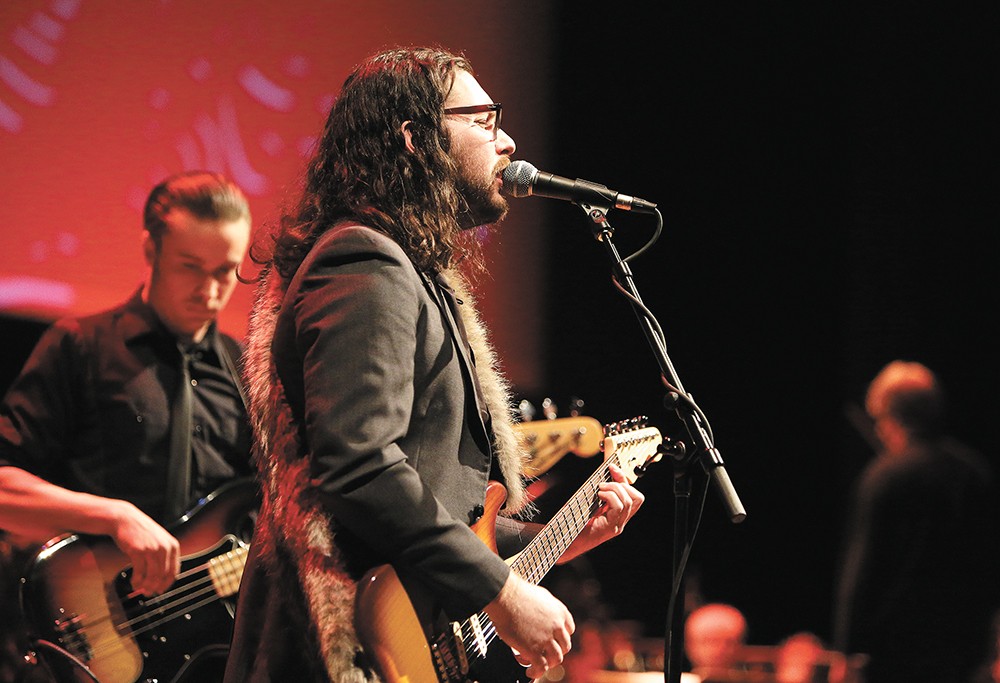 five years of steady gigging and collaboration is a rarity for most local bands. But somehow, Von the Baptist frontman Vaughn Wood sees the band as entrenched as ever within a sound that makes the project still feel new.

The deliberate pace is a functional blessing for a group with full personal schedules for work, family and other projects. They're two years removed from their 2015 self-titled EP, and they're now in the process of working through the tracklist for their second release.

Over the course of 2016 Von the Baptist started to build a rapport with venues outside of Spokane, and Wood believes that the band is ready to start building on a groundwork that has no signs of slowing down.

They're a journeyman group of local players: Wood's first major experience was gigging with Oil of Angels while he was 17; he's currently a year in with his latest project Mini Murders. He and drummer Brandon Vasquez also play in Dead Serious Lovers, bassist Alex Morrison has also been playing regularly around town since high school (most recently with Nat Park and the Tunnels of Love), and guitarist Will Haworth has been in numerous post-hardcore and ambient projects throughout his playing career.

Wood credits the eclectic nature and vast experience of each member for this project's longevity. While he takes on much of the songwriting duties of the band, each member crafts and interpolates their parts within each song, a relationship and process that has grown since this iteration of the band has been together.

"At the beginning, our songs were pretty mellow and now we seem to be going down more of a rock 'n' roll path," Wood says.

He credits the addition of Haworth for the reenergized band: "Our sound has more texture now thanks to him. He was a good friend of ours and we asked him to sit in on a song at Baby Bar forever ago, and we loved what he played so we kind of slowly asked him to be a full-time member. We all knew what he could do to improve our sound."

The band rips live thanks to Haworth's swells and soundscapes,

as well as the chugging of Morrison's bass. Their song "Erase My Mind" is a treat to hear live, as the bouncing chord progression soaks into the venue's walls and even the most reserved crowd begins to finally let loose.

If you just go by their gear, Von the Baptist is as obsessive with their live sound as their song structure. Wood's and Haworth's pedal boards seem large enough to cover the foreground of most stages, and Vasquez's drum kit is ever growing and offers a technical sound that centers the sound mix nearly as well as his playing centers the structure of the band.

You can hear root inspiration in Wood's songwriting and each member's adaptation to their parts. "Love Is a Pill" has the guitar tone, tense builds and subsequent cathartic releases of Dummy-era Portishead, and Wood's bittersweet melancholy vocals and lyrics nods to the heroin blues of Spiritualized. 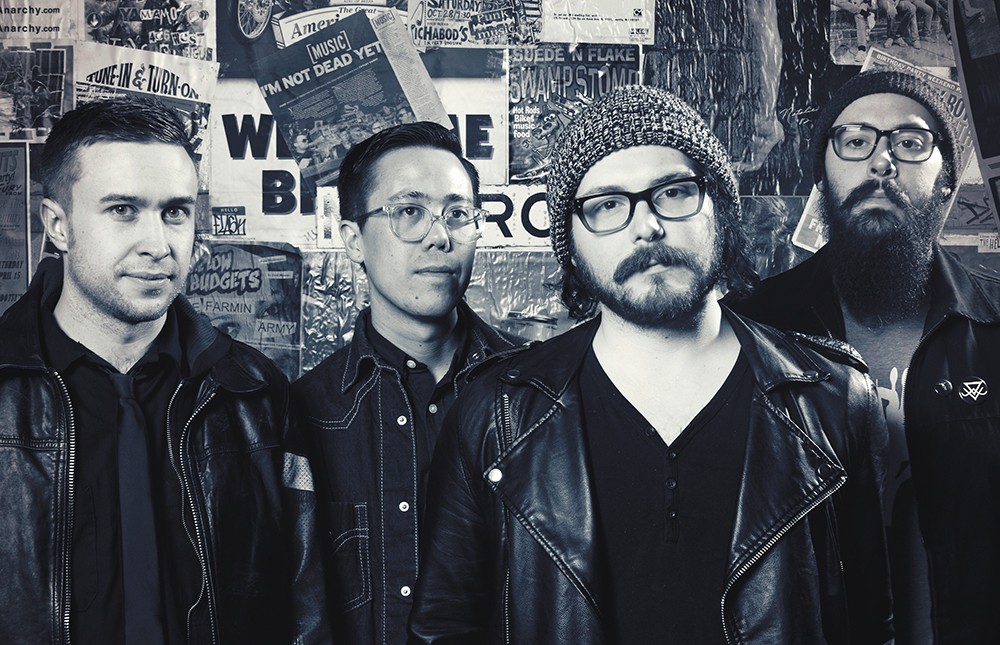 "I really focus on a hook or a chorus first and then let the verses and the rest of the song fall into place after I know I have something," Wood says. His approach is to find keywords that resonate, and let the theme and story shape around it.

Wood has been writing music from a young age, dating back to his time spent in church bands, which he credits for his exposure to affecting music.

"I would be lying if I say it hasn't influenced my songwriting, even though I haven't been a Christian or in that scene for over 10 years," he says. "But all of that shit is probably why I'm obsessed with overtly emotional music and simple yet dynamic song structure."

Wood has long had confidence in his ability to write catchy rock songs,

but his experience with Terrain's Uncharted series is something he credits as affirmation in his craft. Last year's event had artists creating works in collaboration with the Spokane Symphony for a reinterpretation of the classic symphonic fairy tale Peter and the Wolf.

Von the Baptist was naturally tasked with writing an original song to match the brooding and menacing tone of the Wolf, with the symphony's brass section in mind. As a songwriter who doesn't produce sheet music, Wood desperately wanted to prove himself to classically trained professional musicians.

"It was intimidating because these guys went to college for this and you're someone who plays by ear and feeling," Wood says. "But after the first rehearsal the nerves were gone. Their reaction to our sound was like we were rock stars."

Wood wrote the band's parts through the songwriting software Trillian, a basic tool that creates a rough digital blueprint of what a song sounds like with different sections of an orchestra. The simplistic sound samples don't necessarily deliver a "wow" factor, but through a retooling process with symphony conductor Eckart Preu and his brother Hans-Peter, the arrangement came together in a sound that felt like a live rendition of Portishead's '90s trip-hop.

Ultimately, Wood hopes to continue expanding his songwriting as a career, writing scores for television and film. It would be a natural move for someone who excels at atmosphere and mood.

"We've found a unique sound," Wood says, "so it's time to record a bunch and play rad shows to get that new material out there." ♦

Speaking of Von The Baptist , The Big Dipper