The Long Way Back 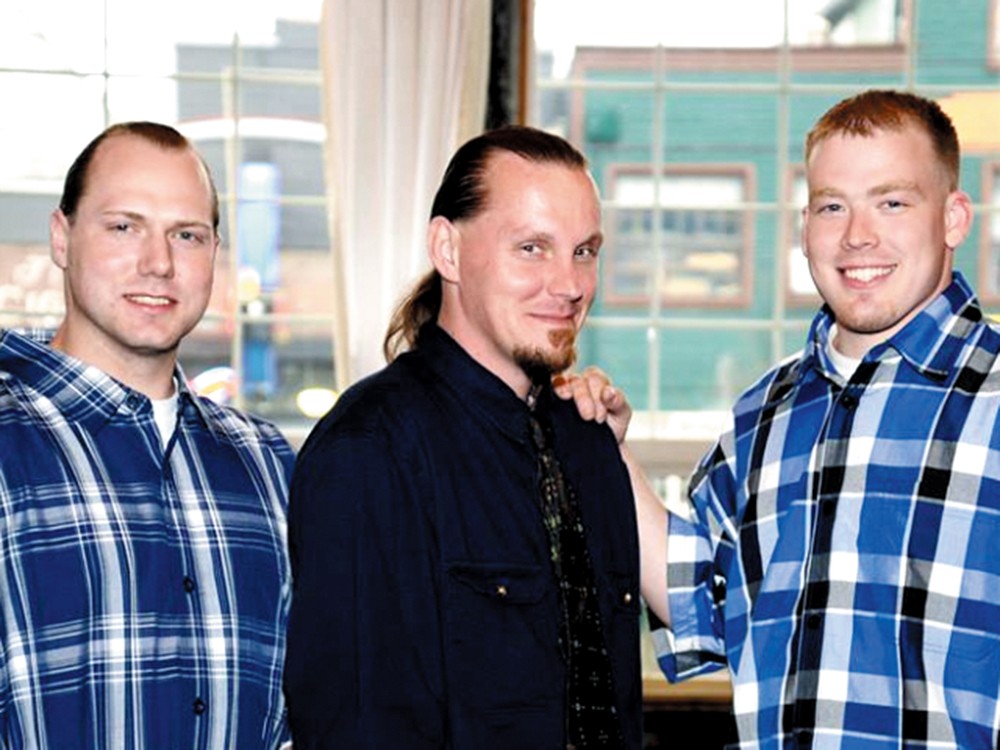 Paul Statler, Robert Larson and Tyler Gassman, when their convictions were tossed out in December.

After four long, dark years in prison, two shining moments stand out in Paul Statler’s mind. The day in December when a judge suddenly tossed out his conviction and ordered a new trial — that was amazing. And the news last week that prosecutors were dismissing all the charges — a relief.

But then, Statler says, there’s the next morning, with no job prospects, in debt, anxious and angry for having spent so much time behind bars, wrongfully convicted.

“It’s hectic, trying to get back on my feet,” Statler says, adding, “I’m extremely angry. I have trouble dealing with that … just the fact that it can happen and it took so long to correct.”

Statler and two friends — Tyler Gassman and Robert Larson — were convicted in 2009 of robbing a couple of drug dealers, despite their consistent pleas of innocence. The only evidence against them turned out to be the word of a jailhouse snitch, who got an exceptionally light sentence for testifying. The case had other problems, which The Inlander examined in a 2010 special report titled “Reasonable Doubt.”

The Innocence Project Northwest eventually took up the case, uncovering work and phone records that further called into question the informant’s testimony. That prompted a judge to vacate the sentences. Prosecutors dismissed the remaining charges last week.

Prosecuting Attorney Steve Tucker, whose office handled the case, didn’t return messages seeking comment. Sheriff Ozzie Knezovich, whose deputies led the investigation, released a statement that reads in part: “The Superior Court Judge vacated the conviction and we are bound by the decisions of the court.”

“These cases poignantly demonstrate the need for our system to reexamine its use of informant testimony,” Jacqueline McMurtrie, director of the Innocence Project Northwest, says in a statement. “Paul, Tyler and Robert are innocent men who spent nearly five years in prison based solely on the word of an informant who got an extraordinary deal — one ‘too good to be true’ — for his testimony.”

Snitches are notoriously unreliable. A 2004 study by Northwestern University’s Center for Wrongful Convictions showed that snitches are the leading cause of wrongful convictions in capital cases; about 46 percent of those bad verdicts can be traced to false snitch testimony.

Snitching accomplices have been shown to be so unreliable, in fact, that about a dozen states now require their testimony be corroborated by some other evidence. Washington is not one of those states, and recent reform efforts in Olympia — driven largely by Statler’s father, Duane — have so far come up short.

But the three men may benefit from a just-enacted state law outlining compensation for those wrongfully imprisoned. The law, which took effect this week, awards $50,000 for each year of imprisonment, reimburses court and attorneys’ fees and provides in-state college tuition waivers for the person and his children.

McMurtrie says the Innocence Project will help connect the men with an attorney to pursue compensation.

“Their lives were torn apart,” she says. “But it’s not just time that was lost. It has a devastating impact on people, even after they’ve been exonerated. They have anxieties and difficulties sleeping. It’s hard starting over. … It’s a mixture of tragedy and joy that accompanies all of these exonerations.”

When he was behind bars, Statler says he started writing. Not about what happened to him, but how he was surviving. He wanted the people who put him behind bars to know that he wasn’t broken. That no matter what they did to him, he had an inner strength that they couldn’t crush.

His writing — mostly tips and principles for success — became a book, The Boss’s Philosophy, now available on Amazon. Statler doesn’t expect to get rich off of it, but that wasn’t the point.

“I just wanted to write something positive,” Statler says. “That regardless of what happened, they couldn’t take that from me.”