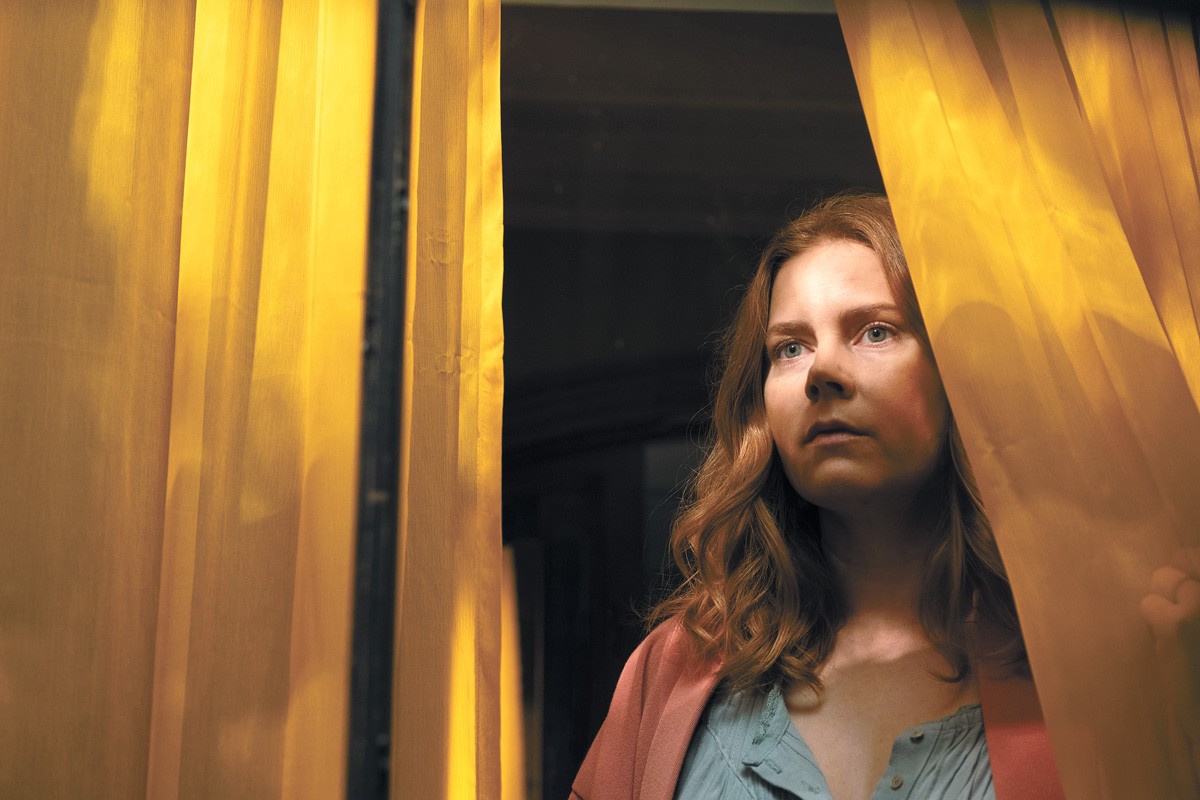 A.J. Finn's bestseller The Woman in the Window spends a lot of time name-dropping classic film noir, its aggrieved narrator escaping into late-night marathons of old thrillers and noting out loud how similar her plight is to those of her favorite black-and-white antiheroes. In fact, the book's central mystery is noticeably reminiscent of Rear Window: As in that Alfred Hitchcock classic, a protagonist stuck in an apartment spends a lot of time peering through neighbors' windows and becomes convinced that she has witnessed a murder in the building across the way.

It's one of those post-Gone Girl potboilers that wantonly manipulates perspective and piles one preposterous twist atop another, the sort of paperback that seems specifically engineered to be picked up in airport bookstores during long layovers. It's also pretty silly, all told, but I still managed to breeze through it in only a couple of days.

I also forgot nearly everything that happened within its pages, a benefit when watching director Joe Wright's film adaptation of The Woman in the Window, which is just as breathlessly paced and just as disposable as its source material.

It's about a child psychologist named Anna Fox (Amy Adams), who is suffering from agoraphobia and never leaves her brownstone walk-up, spending all her time popping pills and washing them down with goblets of red wine. Beyond her layabout downstairs tenant (Wyatt Russell) and her psychiatrist (Tracy Letts, who also improbably wrote the screenplay), she hardly sees anyone at all. Even her husband (Anthony Mackie), living elsewhere because they're separated, has to call her on the phone to check in.

A new family, the Russells, moves in across the street, and Anna befriends both the wife, Jane (Julianne Moore), and the teenage son, Ethan (Fred Hechinger), in a matter of days. One night over even more wine, Jane drops some hints that she and her business executive husband, Alistair (Gary Oldman), don't have the happiest of marriages, and that he's particularly aggressive toward young, impressionable Ethan.

Now that all those plot breadcrumbs have been judiciously dropped, it's time for the thriller elements to kick in, as Anna witnesses Alistair stab Jane to death. Though maybe not. Perhaps she hallucinated the whole thing (antidepressants don't mix well with wine, after all), because not only can the cops find no evidence of a murder, but another woman (Jennifer Jason Leigh) shows up saying that she's actually Jane, and that she's very much alive.

So, yes, the plot of The Woman in the Window is blatantly reminiscent of Hitchcock. That's both its selling point and, ultimately, its biggest stumbling block, because if you're going to evoke the memory of some of the greatest films of all time, you better tell a story engrossing enough that the audience doesn't wish they were watching those other films instead. But The Woman in the Window is no Hitchcock. It's not enough that the third act reveal is laughably implausible, it also has to trot out the reliable thriller cliche of two characters fighting near a rickety skylight on a dark, stormy night.

It must be said that Amy Adams gives it her all, but, like poor Anna Fox, she's boxed in by this laborious plot. She gets to shine in all of the actor-y moments — tear-streaked confessions, drug-induced spells, bug-eyed screeds of accusation — that we've come to expect from her, but there's no real humanity behind them. Part of the problem is that once we get to the apparent murder, the movie devolves into one scene after another of Anna creeping down dark corridors, peering around doorways and whispering into her cellphone (which, at one point, emits a landline dial tone). There's no ebb and flow to the suspense, or any real sense of inescapable voyeurism.

If anything, The Woman in the Window is way too dignified for its own good. Wright pulls out a few operatic stylistic flourishes — splashes of bright red digital blood used as a scene transition, for instance, and an image of an overturned car materializing in Anna's apartment — but this material needed to be amped up a whole lot more. Imagine what a maximalist like Brian DePalma or a sensationalist like Paul Verhoeven could have done with it. Or even David Fincher, whose adaptation of Gone Girl struck exactly the right note between horror and hilarity. Is it too much to ask for a trashy thriller that's actually trashy? ♦

The original print version of this article was headlined "Rear Win-d'oh!"