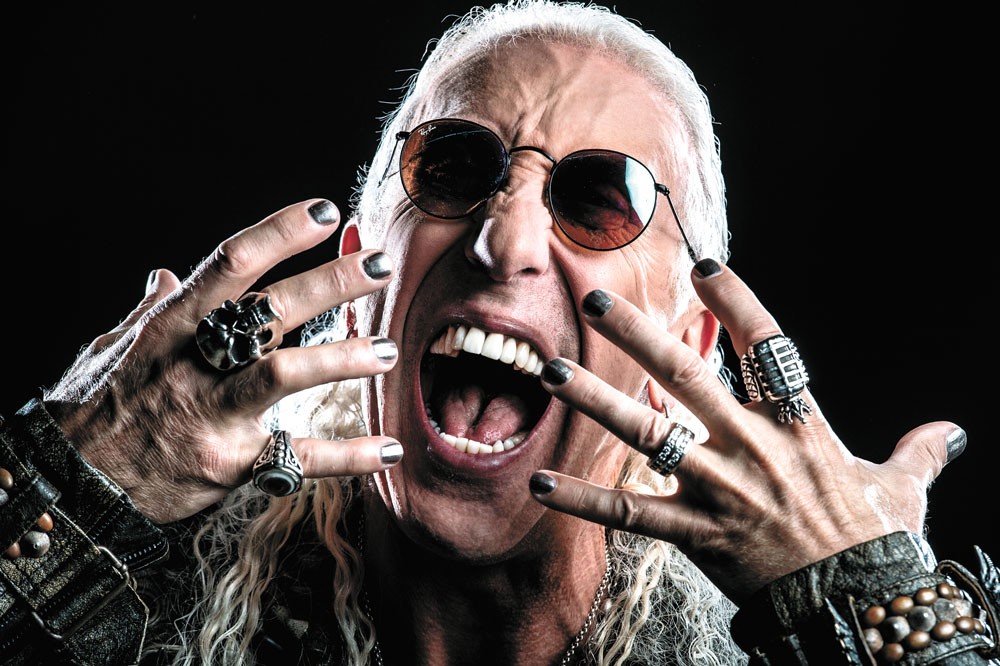 Stephanie Cabral photo
Dee Snider is releasing a live album on Friday, along with a concert film.

Few stars of the hair-metal '80s aged as gracefully as long-time Twisted Sister frontman Dee Snider, and that's saying something considering he once filed his teeth into fangs.

His band of New York glam-rockers hit their commercial peak in 1984 thanks to massive MTV hits like "We're Not Gonna Take It" and "I Wanna Rock." When follow-up albums failed to connect, the band split and Snider moved on to successfully working in film and hosting radio and TV shows. Twisted Sister would occasionally reunite after a memorable benefit show following the 9/11 attacks on their hometown, but when drummer A.J. Pero died in 2015, it marked the end of the band for good.

One might have expected Snider to shift gears away from music again, but in 2018 he was inspired by a new generation of metal to get back in the game, starting with a new album called For the Love of Metal. Boasting contributions from members of Hatebreed, Lamb of God and more, the collection was a hard-rocking revelation for anyone thinking Snider's best days were decades behind him. A tour followed, including a truly incredible show at Northern Quest Resort & Casino, proving Snider remains an excellent frontman, even without the outrageous costumes.

On Friday Snider is releasing a live album as well as a concert film, both titled For the Love of Metal Live, capturing him and his new band playing headlining shows and festivals around the world. He also intersperses some personal commentary and interview segments that will give fans a new perspective on one of the most engaging rockers around.

Putting the live collection together was a lot of work, Snider says from his New York home, but the timing — while planned well before the pandemic hit — couldn't be better for fans starved for live music.

Snider was excited about the chemistry of his new band and the energy of the shows supporting For the Love of Metal, so the idea of a live album and film made sense. After recording shows last summer, Snider says he went straight into editing and worked long and hard to create a polished product that connects his early glam-metal hits and deep cuts with his new, modern metal sound.

"I think it surprises some people, and I want to show the audience that this isn't such a far journey for me," Snider says. "Twisted you know best for a couple of hit songs, but if you go to 'Under the Blade,' 'You Can't Stop Rock 'n' Roll,' 'Burn in Hell,' the heavy side of Twisted, you can see that this is part of me and has always been part of me as a songwriter."

New songs like "Lies Are a Business" and "I Am a Hurricane" clearly offer something to young audience members who weren't even born when Snider was gallivanting across TV screens in fishnet stockings and gnawing on bloody bones on the cover of Twisted Sister's 1984 breakthrough Stay Hungry. And for older fans just catching up with Snider for the first time in a while, of course he includes newly amped-up versions of his biggest hits.

"I think if I actually tried to not perform those songs, I'd be met at the airport and turned around — you need to go back, you didn't play 'We're Not Gonna Take It,'" Snider says. "I wanted to connect the dots between my past and my present and remind people, look, up until around '85 there was no 'hair metal.' It wasn't called hair metal. Twisted Sister toured with Metallica, we toured with Iron Maiden, Saxon, Motorhead. We were just the band that wore makeup. There was no 'What is Twisted Sister and Metallica doing on the same bill?' Nobody thought about it."

It wasn't until the second half of the '80s, Snider notes, that it became "a thing" for a so-called hair metal band to tour with more straightforward headbangers like Metallica. By then, Twisted Sister had broken through in a massive way with Stay Hungry. That success was a long time coming, he says.

TWISTED TIPS
Dee Snider discusses a few live albums that served as inspiration for what he wanted to capture on For the Love of Metal Live:

1. Humble Pie, Performance Rockin’ the Fillmore (1971). “A hard rock band that really paved the way for metal bands to come.”

2. UFO, Strangers in the Night (1979). “A major influence on Iron Maiden and Metallica. They were a hard-rock band, but they were creating some of what would become the defining elements of heavy metal.”

3. KISS, Alive! (1975). “I wouldn’t say they’re one of my major influences, but definitely a fan. That album just really captured the live feeling.”

4. Thin Lizzy, Live and Dangerous (1978). “You have a remake of a Bob Seger song (“Rosalie”), Huey Lewis on harmonica — Huey Lewis! — there’s “Emerald” and “Renegade” and “The Boys are Back in Town,” songs that basically wrote the book on metal.”

"We just refused to stop pushing and kept pushing," Snider says, crediting acts like Quiet Riot, RATT and Motley Crue for opening the door to the mainstream. "Finally, it was the right time, the right time in the right place. We missed the time and place many times during our 10 years before that record broke."

The Snider captured on For the Love of Metal Live is one still pushing himself to deliver great performances. About nine shows from the tour, ranging from Europe to Australia to the United States, are intercut to create the album and film, all in an effort "to show the connection the metal community has" around the world.

When Snider will be able to see that community face to face again is a mystery, as it is for all touring artists. And while he's grateful to be in a secure place financially and health-wise, he worries for the future of young artists.

"The destruction that this is doing to the independent art scene, whether it's music, film, painting, whatever it is, we'll eventually recover, but I don't know when because it can't afford what's happening to it," Snider says. "What we're going to be left with is the corporate world that has the resources to survive, but without independent art on every level — and that's what creates the next fad, the next movement, the next style.

"It comes from independents. The independent labels, independent bands, independent venues, and they're all suffering death blows right now. You can't stop rock 'n' roll — I've said it, and it's true, whether it be in basements, garages or bedrooms. It'll never die. But this is a very brutal blow right now. I hope we come out of it into some semblance of dignity and inspiration because we need young minds, fresh ideas." ♦

For the Love of Metal Live, both the album and concert BluRay, comes out Friday, July 31.

The original print version of this article was headlined "Still Hungry"