The Making of a Mayor

The dirty business of winning a race to run the city. 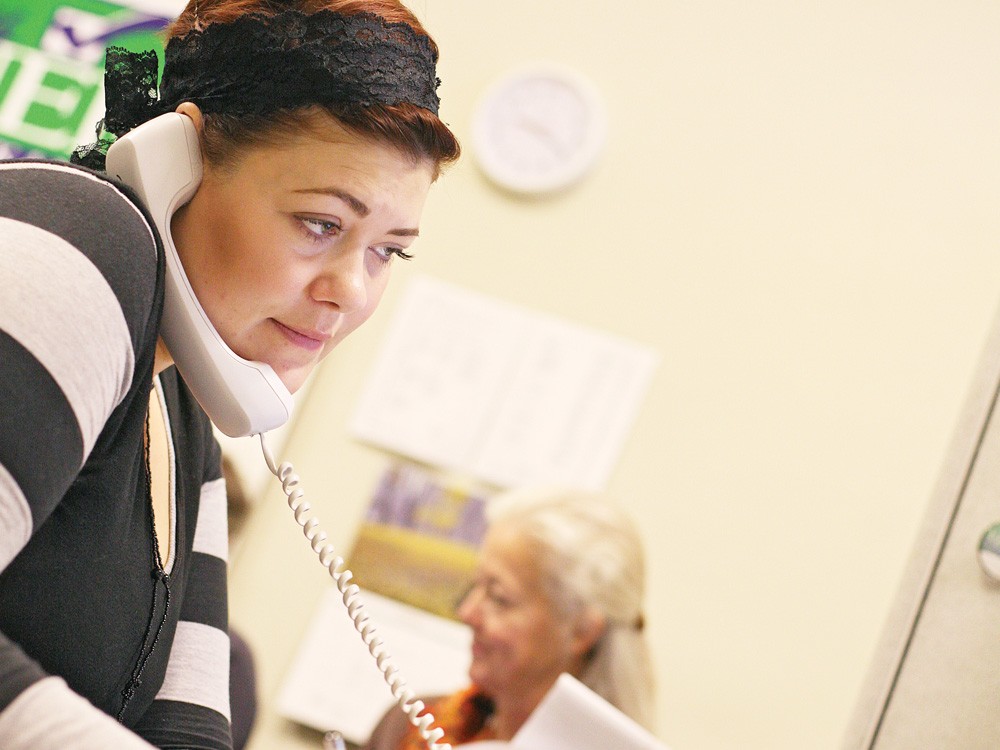 David Condon knows his office is small. On the third floor of a building across the street from the Amtrak station, the office fits a couple of desks and laptops, a photocopier and piles of paper. A map on the wall lays out Condon’s doorbelling scheme.

“We’ve knocked on over 15,000 doors,” he says proudly. That was one of the goals in his campaign to become Spokane’s next mayor. And now that it’s complete, with just a few weeks left before ballots are due, Condon could quit ringing doorbells and shaking hands if he wanted. But he won’t.

That might have something to do with some other goals he has in mind: first, to raise $400,000, like he vowed to do at the beginning of his candidacy.

Another goal of Condon’s is, naturally, to win. The difficulty he faces in this can be seen a few blocks away, in Verner’s re-election headquarters. The office is filled with dozens of Verner’s blue and green signs, and people stuffing envelopes and chatting on the phone.

“We swept 94 percent of the precincts” in the primary, says Candace Mumm, one of the campaign’s two co-chairs, along with former state legislator Denny Dellwo. “That’s historic.”

Heading into the campaign, Verner knew she had a hill to climb. As has been often pointed out, Spokane voters haven’t re-elected a mayor since Barack Obama was 12 years old and Richard Nixon was still president. Since the year the Vietnam War ended and Pink Floyd released Dark Side of the Moon.

It’s been a while, but Verner says what’s been more important to the race this year is the independent spending.

“It’s gotten worse since Citizens United,” says Verner, referring to a U.S. Supreme Court case that loosened the rules for spending by independent groups like corporations and labor unions. The shorthand for this type of political spending — which is done without the knowledge or consent of a candidate — is I.E., for independent expenditure.

“The first indication I had that David Condon was really going to run was a negative push poll … out of Virginia,” Verner says. “At that point, I knew it was going to be a negative race.”

The group that did the poll, Verner’s campaign staff confirmed, is called CMR PAC. That’s the fundraising arm of U.S. Rep. Cathy McMorris Rodgers, R-Wash., whom Condon worked for before entering the mayoral race. According to the Federal Elections Commission, this PAC has donated $41,000 exclusively to Republican candidates this year.

“I knew he would run a consistently negative campaign,” says Verner, adding that Condon has so far been “a classic straw-man candidate.” He misstates her positions, she says, and then attacks her for them.

She points to his criticism of her handling of the Otto Zehm case. In a statement, Condon said Verner “slowed the course of justice by her defense of the city bureaucracy and the mismanagement of this case.”

“He says he’s going to take control and put his fist down. But it’s a figment of his campaign’s imagination,” Verner says. “There’s nothing else he could have done [with the Zehm case]. He would have been in the same box we’re in. … But as a lawyer, I better understand that box.”

“I didn’t plan on talking about the Otto Zehm issue,” he says. “That issue grew organically. … On the judicial side, I don’t know. I’m not privy to that. But on the executive side, why are we not making decisions?”

Condon says he’s “not a negative campaigner. I stick to the issues.” But, like Verner, he is willing to take some swings.

“The biggest thing is the lack of leadership,” he says of Verner. As mayor, Condon says it won’t be “my way or the highway.” Instead, he says he’ll let people know where he stands on the issues. He says he’ll put out his budget in June — months before Verner does — and then “go down to the well of City Council and testify as mayor.” In other words, he’ll fight for it.

The most recent example of negative campaigning — and of independent groups attempting to influence the mayor’s race — came from Verner’s side, when a new website launched.

The site — condonscash.com — has a picture of a suited man stuffing a fat wad of $100 bills into his pocket. In the corner is a picture of Condon, and the site reads, “Unfortunately, David Condon is running for Mayor by cozying up to every special interest connection and donor to his old boss he can find.”

The “special interests” from the “Tea Party Congresswoman Cathy McMorris Rodgers” that Condon has tapped, the site says, include Premera Blue Cross, an insurance company; Joseph Rachinsky, “a big-time Republican operative in Washington, D.C.”; and James Cowles, who has donated to Tea Party candidates like Marco Rubio in the past.

The site is paid for by the Inland NW Leadership PAC, a group that has raised $58,000 so far this year. According to state election data, the Spokane firefighters union, the SEIU and the local AFL-CIO are among the PAC’s biggest donors. The top individual donor is Don Barbieri, a powerful Spokane Democrat who ran against McMorris Rodgers in 2004 and is a regular contributor to Democratic causes.

“I think people should have the right to say what they want,” Condon says about independent spending. As for other campaign limits, Condon says “they make a candidate work harder. … But to think someone can sway me for $800 is comical.”

In the primary, no one knew what would happen. Condon says his goal was to get 35 percent of the vote, which he nearly got. But he didn’t expect Verner to almost double his take.

“I was fine with how I did,” he says. “But I expected her to be more around the 50 percent mark.”

Going in to the final stretch, both campaigns say the general election will likely be closer than the primary.

“We did step up the doorbelling,” says Condon, who predicts he and Verner will be within five points of each other in November’s election. “I feel like the wind is at my back.”

“We want to win,” says Dellwo, one of Verner’s campaign leaders. Asked how much they’ll win by, Dellwo won’t venture a guess. “We actually haven’t talked about it.”