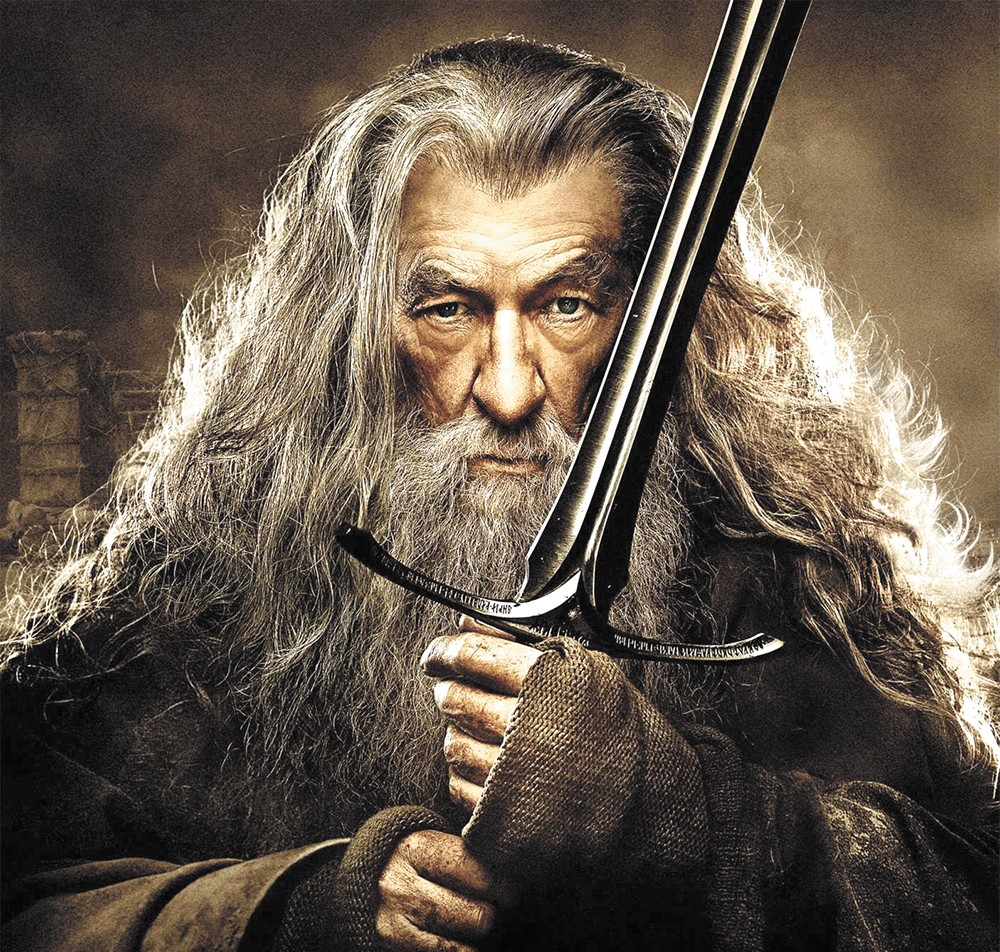 Gandalf is back and this time it's kinda personal.

Despite its convoluted story line and endless stream of exposition concerning meeting character after character, last year's The Hobbit: An Unexpected Journey took in more than a billion dollars at the box office. If the ecstatic reaction last week from Tolkien geeks and cloak- and beard-wearing fans of the book and the first movie at the world premiere of part two of Peter Jackson's trilogy is any indication, it's all going to happen again.

The Hobbit: The Desolation of Smaug — Smaug being the dragon that decimated the Dwarf Kingdom of Erebor and now calmly sleeps inside Erebor's Lonely Mountain, beneath the remains of the biggest treasure of gold since the days of Ali Baba — picks up right where the first film left off. Thirteen Dwarves, led by their future king Thorin (Richard Armitage), along with the wizard Gandalf (Ian McKellen) and the Hobbit Bilbo (Martin Freeman) are here; it's a Tolkien adventure, a journey, this one heading back to Lonely Mountain to reclaim Erebor from the dragon.

Fortunately they don't all have to be introduced again. The action can just begin, and there's plenty of it, compliments of Jackson and his extraordinary grasp of how to merge live actors with CGI effects. Along with his writing team, he can tell a thrilling story while giving some depth to the characters who populate it.

There's still a bit of a problem with all of those characters; unless you're one of those aforementioned geeks, you're going to have some trouble keeping track of them, and their names, and who's related to whom. That's OK. Just go with the energetic flow. You'll figure out that the Dwarves and the Hobbit and the wizard are the good guys, that the hideous Orcs who are hunting them down because they have "a taste for Dwarf blood" are the bad guys, and the Wood-elves — Orlando Bloom returns as Prince Legolas, and Evangeline Lilly (Lost) is introduced as Captain of Guards Tauriel — are somewhere in between. A side note: Legolas only appeared in The Lord of the Rings books, not The Hobbit, and Tauriel is a newly invented character, but they're incorporated without a hitch, and fans aren't complaining.)

The energy comes from a few truly fantastic set pieces that regularly place our little heroes in peril. Arachnophobes might have some trouble watching the Dwarves' encounter with the huge, hungry spiders of Mirkwood Forest. Yet scary sequences are balanced with wild comedy, exemplified by the group's barrel ride down some roaring rapids. The film's high point occurs near the end when the titular psychotic dragon (mellifluously, malevolently voiced by Benedict Cumberbatch) makes his appearance in conversation with Bilbo and turns out to be the greatest flying, fire-breathing dragon in cinematic history.

The pairing of Cumberbatch and Freeman in the scene is 180 degrees from the equally wonderful work they do as Sherlock Holmes and John Watson on the BBC series Sherlock.

The film is by no means for everyone. It's extremely violent (arrows through heads and decapitations) and though the visual effects are astounding, the much-ballyhooed 48-frames-per-second projection makes some of it look like a soap opera (try to catch it in IMAX 3D). The finale, The Hobbit: There and Back Again, hits theaters on Dec. 17, 2014. ♦

The Hobbit: The Desolation of Smaug is not showing in any theaters in the area.