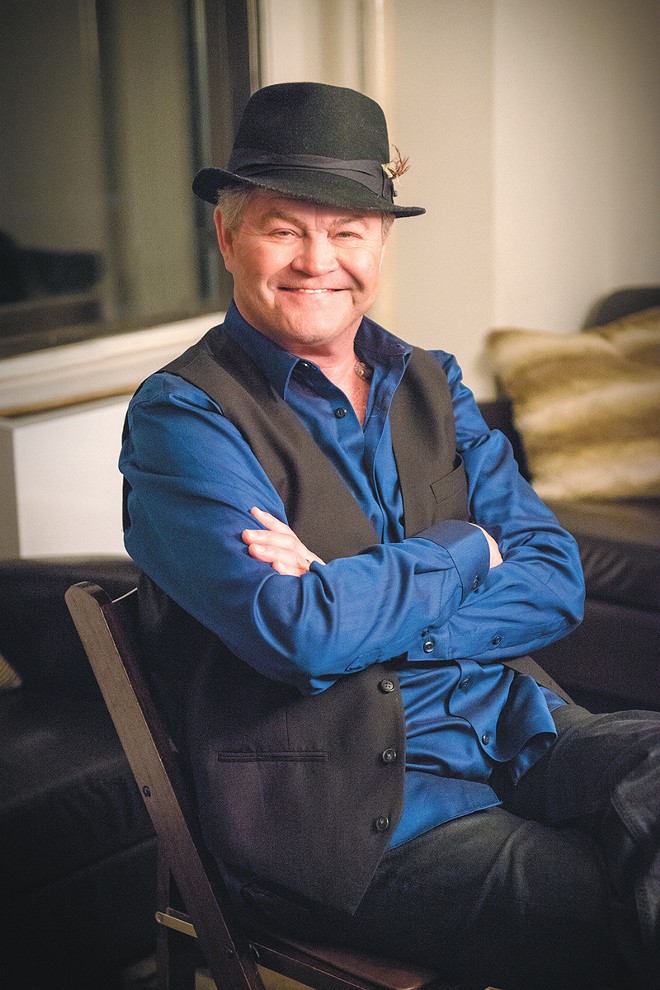 The Monkees were never a "real" band.

That's a point that Micky Dolenz makes repeatedly and emphatically over the course of a short conversation. They were actors, he says, hired to play a band — and an unsuccessful one at that.

Funny thing, though. That fake band formed by four random guys who showed up to a casting call might have been failures on the Monkees TV show, but they soon were wildly successful in real life with the music they made on the show. Dolenz, Michael Nesmith, Davy Jones and Peter Tork landed the Monkees gig in 1965, and soon after the TV show hit American screens they had a No. 1 hit (the Dolenz-sung "Last Train to Clarksville") and a No. 1 self-titled album in 1966.

The Monkees TV show ended in spring 1968, but not before the not-real band released three albums in 1967, all of them hits and featuring songs like "I'm A Believer," "Daydream Believer" and "Pleasant Valley Sunday." In a little more than two and a half years, they sold 16 million albums, and when the show ended they continued working together as the Monkees, including in a classically weird acid trip of a movie, Head, co-written by Jack Nicholson, and tours that included various combinations of the quartet. In the mid-1980s, MTV reran the series and gave the Monkees a second burst of popularity.

Jones died in 2012 and Tork in 2019, leaving Dolenz and Nesmith as the surviving Monkees, now on the road for a "farewell tour" of sorts. The Inlander talked to Dolenz about the group's legacy, history and more. The following has been edited for length and clarity.

INLANDER: Do you still get nervous when you're starting a new tour?

DOLENZ: I don't get nervous in concert, for a rock and roll kind of show, in the same way that I would, say, doing a Broadway musical. That? Yeah, I get nerves every night. It's a very different sort of kettle of fish. And a rock and roll concert is a bit more forgiving. A little bit laid back.

You guys are calling this a "farewell tour." Does that evoke anything different from you emotionally, knowing this might be the last real trip you guys do together?

It will, I'm sure, especially toward the end when we do the last one. But I intend to still go out and do my solo shows. Mike (Nesmith), I don't know what his intentions are. It's just that we felt with David (Jones) and Peter (Tork) having passed — that's why we call it "The Mike and Micky Show." Or rather, "The Monkees Present the Mike and Micky Show." A little bit of closure, a little bit of putting the Monkees banner to sleep.

Back when the show was originally on, the Monkees put out several albums over a couple of years in addition to making the TV show.

It was intense. And since I became sort of the de facto lead singer, I would film the television show, eight to 10 hours a day, and then go and record two or three lead vocals every night.

With all the work, did you even realize how popular you guys were at the time?

No, not until we went on tour, because up until then we were just ensconced in the film studio and the recording studio in Los Angeles. And in Los Angeles, celebrities and famous people are kind of like furniture, so you don't really get that walking-down-the-street response. But when we went on the road and started touring in other cities around the country, then it became very apparent. It was just insane.

You're the only member who's been out there in every iteration of the Monkees. Do you feel some responsibility as the keeper of the flame, the one unifying figure of this rotating cast of characters?

I don't know that I ever had that feeling of any kind of responsibility. I think I'm probably just the only one that never turned down an offer! Davy and I were also in every configuration until Davy passed. And Peter and I did some shows, just the two of us. But you see, the Monkees is not just a group, it's this banner. It was this television show. The Monkees was not a group initially, it was a television show about a group. About a group that wanted to be the Beatles. And we never were on the television show. We never got any work and we were struggling for success. We lived in this Malibu beach house trying to get a job, trying to get noticed, trying to get a recording deal, but we never got anywhere.

It's pretty remarkable what getting roles in the Monkees led to for you guys: a hit television show, pop hits on the radio, a psychedelic workout in the movie Head. Was it gratifying to go in so many directions under the Monkees name and have most of it work?

The operative word is "most." But yes, I feel blessed to have been part of it, to have been cast in it. But remember, it certainly was not just the four of us. It was the writers, producers, songwriters, record producers, directors, engineers, costars, musicians. A whole lot of people were involved in the Monkees project.

As different opportunities arose over the years, did you find yourself having to talk the other guys into trying things like new music, or going on another tour?

After the show went off the air and the show was canceled, the production company disbanded, the four of us basically went our separate ways. Much like the cast of any show. And sometimes you stay in touch with different cast members. I did stay in touch with David a lot, and everybody to some degree.

I can only speak for myself, but over the years a manager or agent would track me down and say "I have a Monkees TV thing I'd like to put together." And I would say, "Yeah, sure, make me an offer." And I don't just mean an economic offer. What's the project? What's the goal? What is the material? If it's an album, what are the songs? Who is the producer? That's always been the way it was for me.

I was exposed to the Monkees when MTV started rerunning the show in the '80s, and that led to a whole new burst of popularity. All the Monkees albums charted again. Did it feel out of the blue to have such a renewed popularity with a new audience?

I was a television and film producer and director, mostly doing sitcoms for the BBC, and I'd been doing that for years, since the mid-'70s. A manager/promoter guy tracked me down in England and asked, "Would you like to get back together for a brief summer tour for a reunion of the Monkees?" I probably asked, "Is David interested? Is Peter?" And it turned out Peter and David signed on. I was certainly surprised at how successful and how long it lasted. It was supposed to be two or three months, and it turned into years. I had no idea what impact the Monkees show and music had made on the American cultural landscape. ♦