The Most Desolate Decade 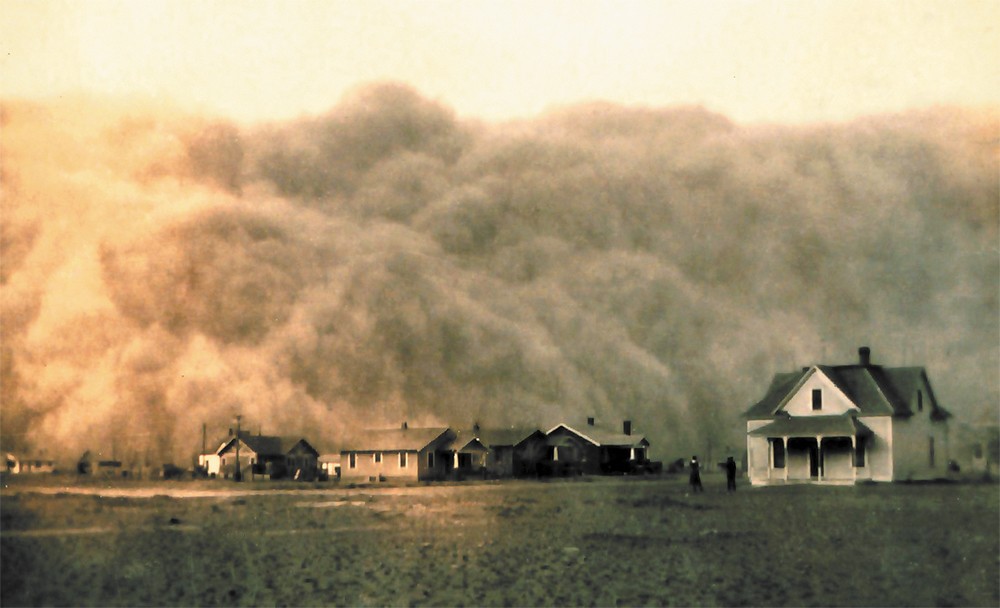 George F. Marsh
A dust storm approaching Stratford, Texas, in 1935 — the height of the Dust Bowl.

The spring day began unlike any other during those unimaginably dry, windy and dust-filled years. From the Texas and Oklahoma panhandles to southwestern Colorado and the northwest corner of New Mexico, the prairie sky awoke sunny and blue; the air calm with barely a breeze. Birds sang in the flat, dead fields for the first time many southern Plains farmers could remember in years. And though countless dust storms, or "black dusters," had kicked up with little to no warning for the previous few years, no one expected the storm of all storms to hit later that afternoon.

When the roiling clouds of fine black powder slammed into the rural prairie towns and farms, those enjoying the day's unprecedented fair weather were caught off guard. Some died; others were blinded by the grating particles.

In his 2006 book, The Worst Hard Time: The Untold Story of Those Who Survived the Great American Dust Bowl, award-winning author and journalist Timothy Egan, who grew up in Spokane, chronicles the decades-old memories of Dust Bowl survivors who vividly remembered the terror of Black Sunday and the hundreds of other dust storms that came before and after it during the 1930s.

As part of a new exhibit, "Hope in Hard Times: Washington During the Great Depression," opening April 12 at the North Spokane branch of the Spokane County Library District, Egan is giving a keynote lecture at Whitworth University based on the research and stories in his National Book Award winner.

The traveling exhibit, curated by the Washington State Historical Society and co-sponsored by Humanities Washington, is on display through June 30. Exhibit programming kicks off with Egan's talk, followed by oral history presentations, concerts, workshops and film screenings throughout its run.

Though the recent U.S. economic crisis has drawn its own set of parallels to the Great Depression — increasing federal debt, high unemployment rates (though nothing like the 25 percent rate of the '30s), rising cost of living and consumers' wavering confidence — Egan is quick to say that it's not even comparable to the horrors of the Great Depression, combined with the ecological disaster that was the Dust Bowl.

"We've had some rough times ourselves, but there is almost no comparison to how bad [the Dust Bowl] was," Egan says over the phone last week from Washington, D.C., where he's researching his next book.

A graduate of Gonzaga Prep and the University of Washington, Egan's résumé includes more than nonfiction. He's written six other books and contributed to the New York Times' 2001 Pulitzer Prize-winning series "How Race is Lived in America." He continues to write for the Times as a columnist.

"It puts our current problems in perspective," he continues. "This was the worst economic collapse in history, and there was no Social Security, no food stamps, no health care and no support at all for people who were hungry or out of work."

On top of that, the southern Plains were dead. The previous decades' homesteading boom, paired with the insatiable urge of sodbusting farmers to produce more grain, meant that millions of acres of native prairie grasses — holding the soil and its ecosystem in place for tens of thousands of years — were torn up to be farmed. When the land became overworked and years of drought set in, the dry, unanchored soil simply blew away in the wind.

As much as The Worst Hard Time serves as a record of the Dust Bowl survivors' stories of hardship and what it was like to live through one of the worst man-made ecological disasters in history, it's also a testament to our stewardship responsibility to the land.

"In the sense of the storms themselves, it's like global warming. It was a mini-version of climate change," Egan says. "People say humans can't change the climate — they did change it. ... It's a perfect example of how humans can change the climate, and that's why it's relevant."

Egan tells the story of the Dust Bowl through firsthand accounts of several people who homesteaded, farmed and refused to leave their homes despite it all. Though the event itself is well known for causing a mass exodus of millions of farmers fleeing the oppressive storms and dead land, Egan's work focuses on those who stayed in a dying rural landscape until their last days.

Telling those people's stories was a main inspiration for the book, and at the time Egan began his research, he knew these survivors wouldn't be around much longer. Since it was published in 2006, along with the PBS documentary The Dust Bowl by Ken Burns, Egan says all of its main characters have died.

Of all the people Egan interviewed, and all the stories they told, Ike Osteen, a Dust Bowl survivor in his mid-80s, best summed up the unfathomable adversity of the era. Osteen also fought on Normandy Beach during World War II, and Egan asked him which was more difficult — that or living through the Dust Bowl?

"During the Dust Bowl days, death could be random," Egan says. "You didn't know where it was going to come from, but in the war you could charge the beach and people were shooting, and it's somewhat predictable." ♦ 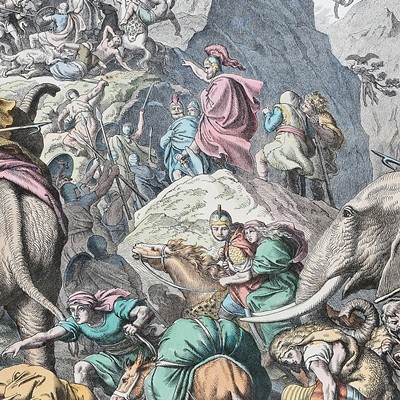