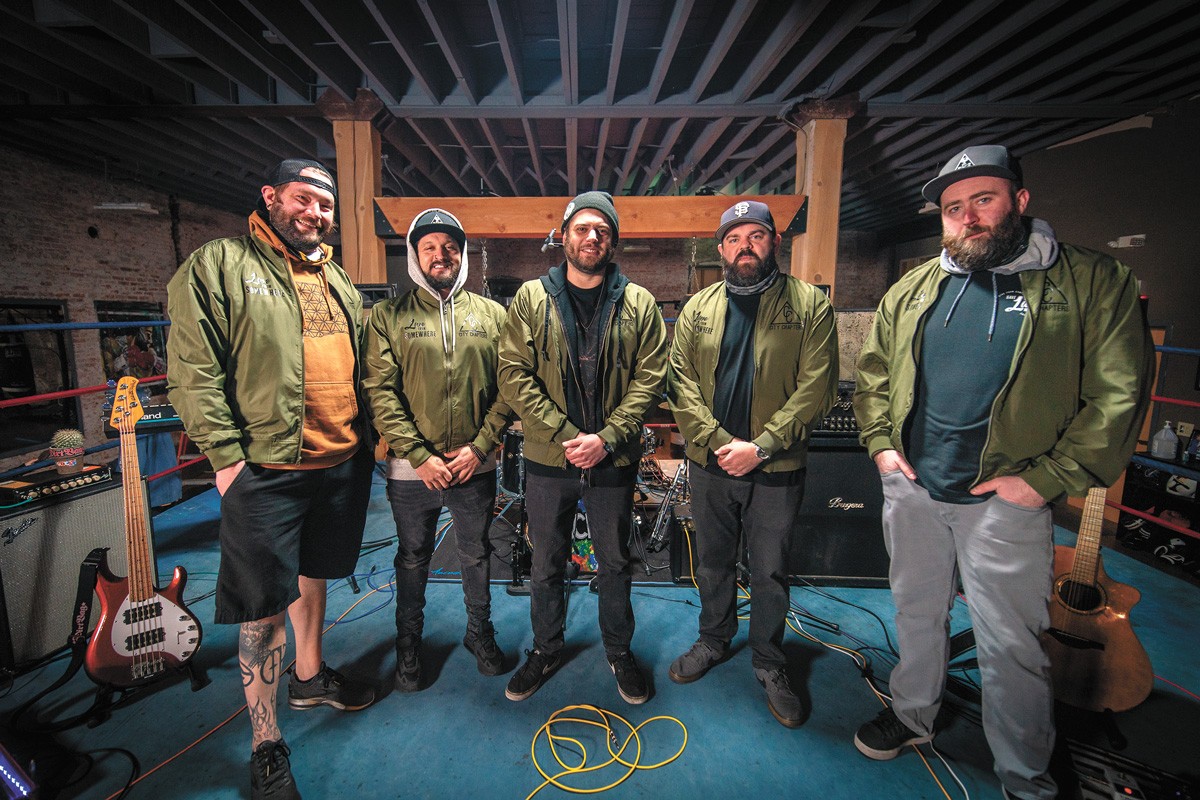 Just about everything in this pandemic age has inspired a sense of displacement, particularly in the realm of the arts, where most venues are closed and in-person gatherings are discouraged. The local music video series Live from Somewhere is something of a remedy to that displacement, and the name says it all: It's not only giving Spokane performers a spotlight, but it's also showcasing unorthodox locales around the city.

Founded by friends Jon Kuritz, Tyler Poole and Ryan Stocks, Live from Somewhere features slickly produced performances from a variety of artists, and each video finds those artists in a location that you wouldn't normally associate with live music. The trio started the project last year, shooting the first video in July, and it was inspired by the sheer dearth of live music caused by the spread of COVID-19.

"There are so many restrictions on what you can and can't do now. You can't have live music at venues. You can't have a crowd, and the list goes on," Kuritz explains. "We live in the Pacific Northwest — we can put a camera anywhere and get a cool vibe."

Kuritz has made music videos for several local artists, and so he directs the video shoots, while Stocks, who is also a member of the popular local band the Broken Thumbs, manages the artists. Kuritz and Stocks later brought in their friend Poole, who's an audio engineer.

Looking back on their first Live from Somewhere production, which featured Spokane rappers Exzac Change and Matisse performing on stools in the middle of a gravel lot, they instantly knew they were onto something.

"We were all sitting there watching this hip-hop duo just crush it," Stocks recalls. "It was definitely pretty special. I think we all felt it in that moment. That first episode went better than I think we all expected it to. Not that we were expecting a train wreck, but we were like, 'Wow, we pulled it off — let's keep doing it.'"

The Live from Somewhere clips that have been uploaded to YouTube so far boast a roster of artists from all over the genre spectrum. You can see the pop-rock trio Light in Mirrors performing on a stage in the middle of a Deer Park field. Rockers Uh Oh and the Oh Wells, meanwhile, are next to the Spokane River in a clip that was shot in the middle of summertime smoke season. Hip-hop fusion artist Brotha Nature spins his unique blend of samples and loops beneath the colorful Pavilion lights.

"Genre is not something that we're taking into consideration, really," Stocks says. "It's mostly just artists that are hungry for it, that want to perform, that are willing to put in the work and who want to collaborate with us on the idea."

The founders hope that kind of stylistic diversity will eventually benefit the Spokane scene itself, and they're encouraging the participating artists to work together outside the constraints of the Live from Somewhere series.

"When we come out of this, we can use this to build a better music community," Kuritz says. "[Uh Oh and the Oh Wells] probably would never have crossed paths with Brotha Nature, and now they have a collaborative single on Spotify. So now they can do a show together because of that collab and maybe work together more. Who knows what kind of lineups we're going to see when we get back?"

Beyond the main series of videos, the guys behind Live from Somewhere have also produced what they call the "winter acoustic series," as well as an accompanying podcast that features interviews with the performers. They've been using their own equipment and editing the videos on their own time, and they have since partnered with a handful of local businesses and nabbed a few sponsorships. They're currently in the process of applying for nonprofit status.

But it's really all about the artists, they say: Most local musicians don't get to star in their own set-length concert film, complete with hi-def footage and elaborate drone shots.

"I think it's important that they get recognized, and what's better than to give them this great production that they can share with people," Kuritz says. "It's important not only when we're in a pandemic, but just in general, building a platform for local artists to showcase their live shows. And that's kind of what we've been pushing since day one."

There's also a benefit to the creators behind Live from Somewhere: Poole jokes that they sometimes feel a bit selfish, because they get to see concerts in ways that other people don't.

"We're all huge fans of local music, and seeing our friends do what they love to do," Poole says. "Now we get to do it twice a month." ♦

The Live from Somewhere videos are available on YouTube, and at lfsnw.com.

The original print version of this article was headlined "Spokane Sounds"