The iconic line heard from a mysterious stranger over the phone was first uttered more than 25 years ago in 1996's original Scream, a horrifying reminder of our collective aging. Yet with that age comes a new follow-up in that long-running story of the Ghostface killer that, as the film itself cheekily acknowledges, also carries with it a lot of expectations.

Whether you want to call it Scream 5 or simply Scream, one thing is certain: This film is a bloody and brash experience, an absolute treat that easily carves out a place as one of the best of the series.

This is somewhat shocking as the film is also the first that doesn't have the horror auteur Wes Craven directing; he died in 2015. Thankfully, the directing duo of Matt Bettinelli-Olpin and Tyler Gillett, most known for 2019's glorious Ready or Not, are more than carrying on Craven's legacy. They've made a film with a wicked sense of humor that balances reverence for the material and the genre with a playful edge that isn't afraid to laugh at itself.

Set 25 years after the original, history is repeating as a new killer has put on the Ghostface mask and is wreaking havoc in Woodsboro. The first target is the young Tara (Jenna Ortega), left brutally injured from the attack. Her estranged sister Sam (Melissa Barrera) must now return to the community, with her boyfriend Richie (Jack Quaid) in tow, to protect Tara and figure out who this new killer is. However, Sam is carrying a secret that continues to haunt her and may offer a clue to the mysterious murders.

To say more about the plot would threaten to ruin the fun of seeing it all unravel. It can be revealed that this new Scream brings back original cast members Neve Campbell, Courteney Cox and David Arquette, who all slide back into their roles perfectly, but the movie revolves around the new characters facing down Ghostface.

This gives the film a modern focus that reflects on the current state of the horror genre. From multiple jokes about "elevated horror" that takes itself more seriously than a slasher flick, to deconstructions of visual tropes of horror, it all comes from a clear place of love for the genre. That love is seen in every frame and sequence that is in conversation with itself, deploying and then subverting tropes with reckless abandon in the brilliant way that only a Scream film could. The scenes are all well directed, keenly aware of the visual language of horror and our own expectations. It acknowledges what it is, ensuring it can trick us even more completely.

The film is not completely flawless. There are moments of faux sentimentality that ring a little hollow. Though, with this type of film, this may itself be a self-aware setup that wrings humor from juxtaposing the heartfelt declarations of characters against scenes of these same characters being brutally eviscerated.

This is all part of the way Scream plays with your mind. It doesn't hide the strings it's using to control the story, it calls attention to them so as to manipulate you even further. There is no man behind the curtain, he's a character smiling right in front of you the whole time. It is in that grand tradition of the series messing with you that the film completely succeeds. It isn't likely to win over anyone who didn't already appreciate the specific vibe the series is going for. Though for those of us weirdos who couldn't get enough of its unique disposition, Scream is about as good of a new entry as you could hope for. ♦ 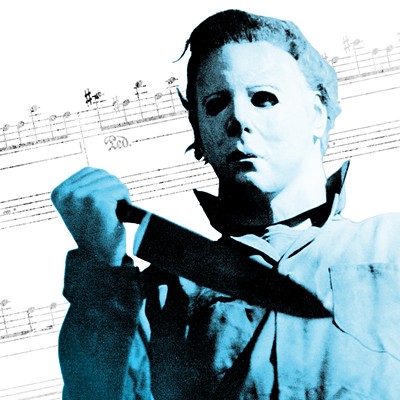