The next big plan for downtown Spokane will take aim at parking lots, street design and maybe even homelessness 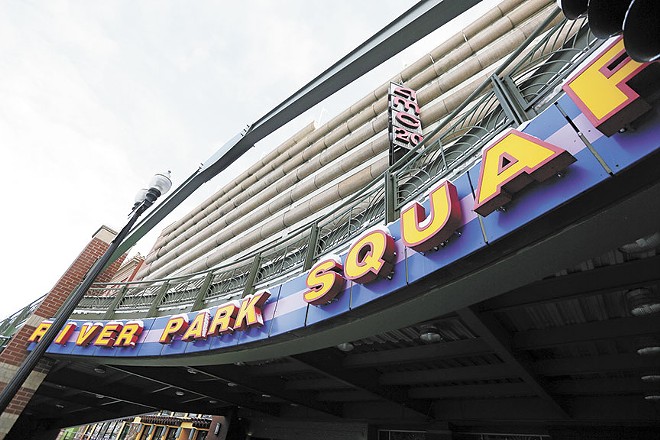 Young Kwak photo
River Park Square helped to halt downtown Spokane's decline — and decades of downtown plans helped to usher in a renaissance and renewal in the urban core.

The last time the city of Spokane updated its master plan for downtown was back in 2008 — 12 years and two mayors ago. It was before the Kendall Yards development, before the Convention Center expansion, the University District Gateway Bridge, the Davenport Grand Hotel or the Riverfront Park rehab.

In fact, in some ways, it was 2008's "Fast Forward Spokane" plan that set the course for many of those developments. The downtown plan served as a sort of loose checklist, tasking city planners, the Spokane Transit Authority, the Downtown Spokane Partnership and private developers with a string of common goals. Zoning decisions, street construction, bus line choices and real estate investments in Spokane were all directed by the document.

"I think that if we hadn't had a plan, we wouldn't be as far along as we are today," says Councilwoman Lori Kinnear, whose district includes downtown.

Now, a dozen years later, the city of Spokane is looking to craft the plan's next chapter: Last year, the city and Downtown Spokane Partnership shelled out $85,000 to a Seattle-based consultant called Framework, tasking them with gathering opinions from the public about the biggest challenges facing downtown and what people think the city should do about it. The plan, still being developed, will tackle everything from parking spaces to street design and possibly homelessness.

"This is an opportunity to look at how far we've come," Kinnear says, "and look at a new perspective on what we want the next 10 years downtown to look like."

"A downtown without a plan is downtown [Spokane] in, say, the 1980s," says Downtown Spokane Partnership Vice President Andrew Rolwes. "It really emptied out and became almost exclusively a commercial office-only downtown. Downtown was really closed by about 6 pm every evening. Office workers went home. There was very little in the way of retail and restaurants."

By the mid-'90s, downtown Spokane was nearly dead. J.C. Penney had already fled, and Nordstrom was flirting with doing the same. Two things helped save the urban core: First, the city struck a deal for a new River Park Square parking garage that, despite the ensuing financial scandal, is credited by many with halting downtown's decline. Next, in 1999, the city rolled out its "Plan for a New Downtown," sketching a vision filled with vibrant retail stores, active downtown housing and pedestrian-friendly streets.

The Fast Forward Spokane plan released in November of 2008 hit similar notes. The city heeded the plan's call for the development of the Mobius Science Center, another convention center expansion, and connecting the University District to the downtown core.

Other strategies laid out by the 2008 plan were largely abandoned. Main, Sprague and First avenues weren't converted to two-ways as the plan recommended. Still other proposals morphed with time: The 2008 plan envisioned an eventual light-rail line on Riverside Avenue and a network of streetcars throughout the city. STA swapped that out for the Central City Line, a 6-mile, high-frequency electric bus route through the heart of downtown.

Other parts of the 2008 plan were hampered by events beyond the city's control: Two months before the old plan was officially released, the global economic meltdown devastated the housing market — all the dreams of high-rise condos and dense downtown housing had to wait.

Perhaps as a result, some of the downtown plan's goals remain thoroughly unfulfilled. The 1999 plan called to reduce the number of surface parking lots downtown, to little apparent effect. The 2008 plan did, too. The 2020 plan is expected to once again include a provision calling for fewer surface parking lots and more parking garages.

"It hasn't happened," Kinnear says. "We really need to dig in and say it has to happen this time."

Framework, the consultant group, has already conducted surveys, held focus groups and put on public meetings to gather community input. At a workshop in the new Pavilion in October, 55 locals gave their own takes on how they wanted to transform downtown and the surrounding area.

In particular, residents said they wanted better transit options, more walkable connections and safer bike routes. "Fix this intersection!" one resident wrote on a sticky note, attached to the intersection near the Browne's Addition fire station. "It's so scary to bike (or walk or drive) through here."

Other commenters called for everything from broader sidewalks, to more affordable housing, to a public bathroom, to a downtown baseball stadium to a proposal to convert a shuttered railroad tunnel west of downtown into a new attraction: "Huge tourism potential! Haunted tunnel — just add zombies."

At this point, Framework's draft list of proposed strategies doesn't include a zombie tunnel. But it goes further than simply mapping out surface parking lots that could be turned into apartment buildings: Framework proposes creating an arts and theater district, launching a downtown public market and even developing a "historic and cultural trail."

"Think of Boston and the Freedom Trail, with the little red ribbon that runs by the Old North Church," says city planner Nathan Gwinn.

The consultants aren't done gathering feedback. They'll hold a second public meeting at a yet-to-be-finalized location on Feb. 5, and until Feb. 15, they will be accepting survey answers at spokanedowntownplan.org.

Kinnear and Council President Breean Beggs both say they want to make sure everyone — and not just business or property owners — are included in these discussions.

"All the things that are great happening downtown tend to be for upper-middle and upper-income people," Beggs says. He wants to make sure that low-income people can afford to park downtown and travel downtown as well.

One key question this year is new. The word "homelessness" wasn't mentioned once in the 217 pages of the 2008 downtown plan. Public safety was mentioned only briefly.

But these are different times. Even as the 2017 spike in violent crime downtown subsided, Mayor Nadine Woodward rode her criticism of the climate downtown — arguing businesses were under siege from an alleged explosion of drug addiction, homelessness and crime — to a narrow election victory in November.

When Framework conducted an informal survey of nearly 600 people last fall, two-thirds of the responses listed "homelessness" as one of the top three biggest priorities for the downtown plan update.

"What's frustrating about it is a lot of the planning process is more about zoning and infrastructure," Beggs says. And the challenges posed by visible homelessness, he argues, are deeper systemic issues than anything that can be fixed through clever urban design.

"I don't think the scope of the downtown Spokane plan is to figure out homelessness," he says.

And yet, the Framework draft of the 2020 updated plan already includes the bullet point, "manage the concentration of homeless services."

After all, the homelessness debate in Spokane sometimes does deal with design and infrastructure — with fights over where shelters are located, how many public bathrooms are available, and what happens when the city uses basalt rock designs to try to relocate homeless encampments.

"Generally, it's a little bit outside of the expertise of urban planners to focus on public safety and homelessness, but that won't preclude it from being discussed," Rolwes says. "How to manage the concentration of service providers will also be discussed." ♦