The next frontier: Consuming cannabis at your neighborhood establishment 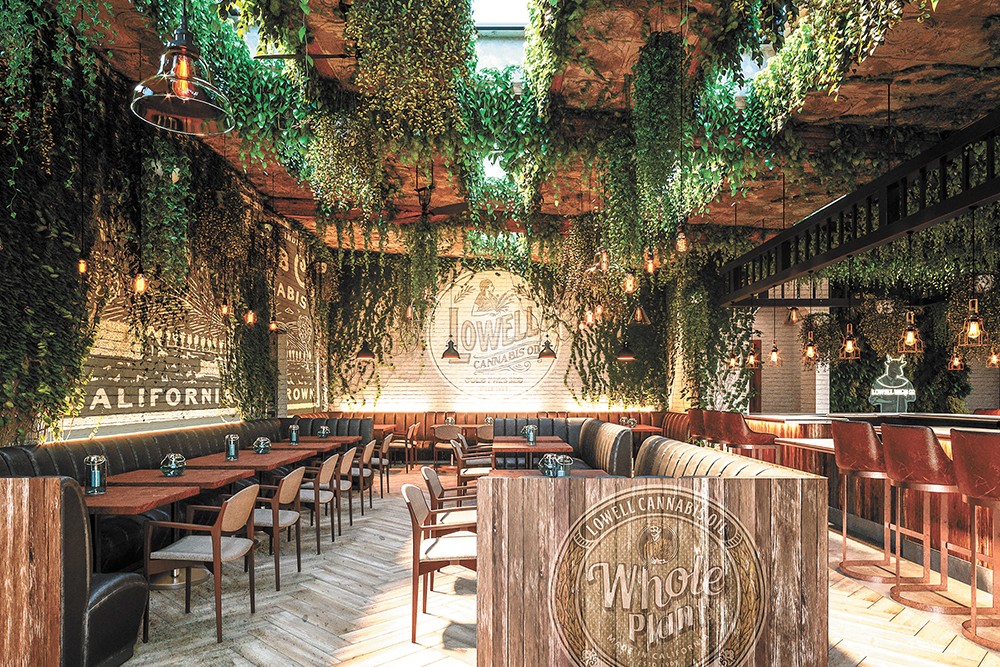 California wasn't one of the first states to legalize marijuana, and its experience since doing so has been equal parts success story and cautionary tale. Nevertheless, the Golden State found itself on the cutting edge of legal cannabis when Lowell Farms Cafe opened in early October.

The West Hollywood restaurant is licensed as both a dispensary and cannabis consumption lounge, which means it can legally sell recreational marijuana that patrons can consume on site. It's the first such establishment in the nation.

According to USA Today, Lowell Farms Cafe was one of eight businesses to receive a license for on-site consumption in the city of West Hollywood. It is so far the only one to be open to the public. For now, the license is provisional. After one year, the City Council has to reapprove it. Like everything else surrounding the decriminalization of cannabis, it's an experiment for now. The first of likely quite a few similar experiments.

You can have beers at a bar, sip espresso at a coffee shop or catch a nicotine buzz at a hookah lounge. Why not give marijuana users a place where everybody knows their name?

This isn't just a push towards the establishment of weed bars in nightlife districts across the country, though. It's a leveling of the playing field that will elevate marijuana consumers out of the shadows.

In jurisdictions with legal marijuana across the nation, the regulations are largely the same: Marijuana can be sold, and it can be possessed, but it can't be consumed in public. Unlike alcohol, which can be consumed at innumerable establishments around the nation, marijuana has been essentially restricted to private residences. This puts weed tourists in a tough spot.

But not anymore, in California at least, where you can sip pinot at a winery in Napa Valley before heading south to Hollywood to puff a joint at Lowell Farms Cafe. Soon, you can say the same about Alaska and Colorado. Someday, maybe, here in Washington, too. ♦

The original print version of this article was headlined "Among Friends"

Weed in Washington costs, on average, half what you'd pay in Illinois