The Old Guard is a bloody, stylish and morally compelling comic-book origin story 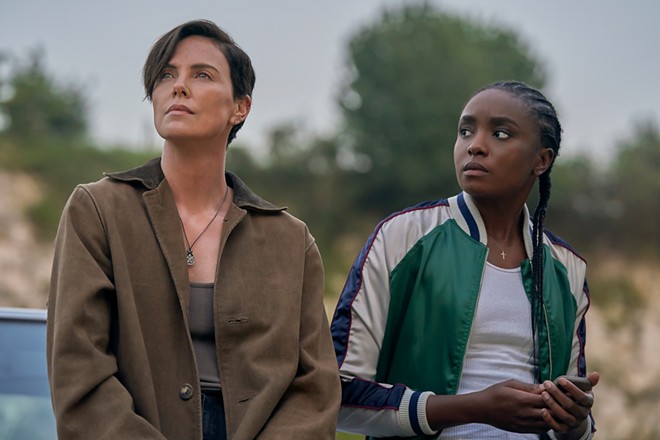 The Old Guard is yet another comic book origin story, but one with real potential. Based on a series of graphic novels by Greg Rucka (who also wrote the script), it concerns a quartet of ageless, mythical warriors who have fought in all of history's greatest wars and now work as for-hire special ops in the 21st century. They're particularly qualified for tough jobs, because they can be riddled with bullets and merely brush it off.

Their self-appointed leader is Charlize Theron as the brilliantly named Andromache of Scythia (or Andy for short), once treated as royalty in the days of ancient Greece. Alongside her are former Napoleonic soldier Booker (Matthias Schoenaerts), and the scrappy Joe and Nicky (Marwan Kenzari and Luca Marinelli), once sworn enemies during the Crusades and who fell in love with each other over the ensuing decades. The Old Guard's latest recruit is a Marine named Nile (Kiki Layne), who heals remarkably quickly after having her throat slashed in combat and who finds herself mentally connected with her fellow immortals. Meanwhile, a shadowy figure (Chiwetel Ejiofor) is on the fringes, trying to harness their abilities for questionable purposes.

The notion of invincibility as both a superpower and a curse is nothing new, but The Old Guard finds some interesting wrinkles in its premise: Not only does their mere existence create a chain reaction in world affairs, butterfly effect-style, but they've also discovered that their immortality is actually a limited resource, and that one simply stops healing after an indeterminate number of deaths.

Director Gina Prince-Bythewood, best known for romances like Love & Basketball and Beyond the Lights, might seem an odd choice for a blockbuster tentpole, but she brings a blunt brutality to the action sequences and lets her actors develop believable personalities. ♦

The original print version of this article was headlined "Streaming Stars"