The Oscars have generated a lot of drama offscreen. Here's who we'd vote for onscreen 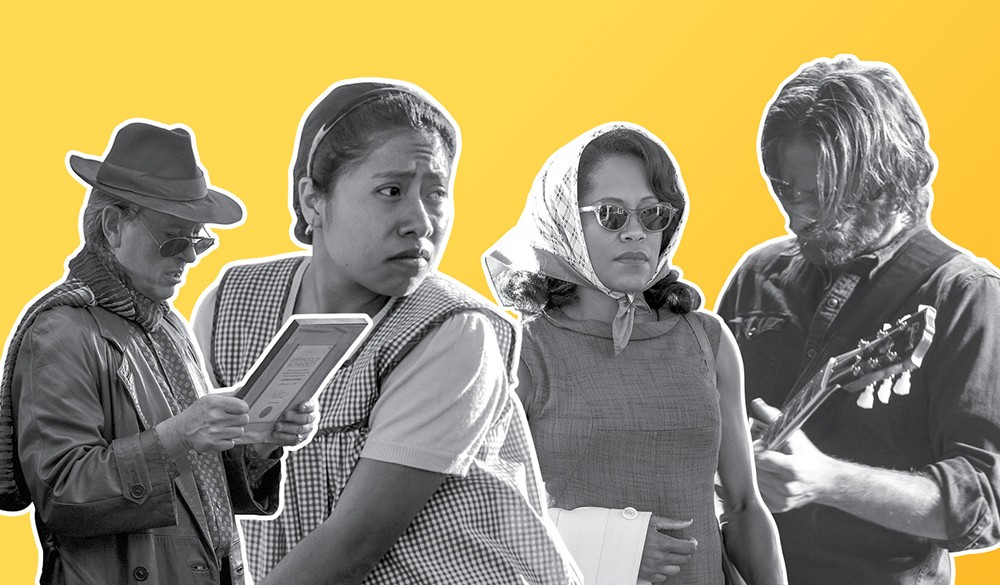 We love to hate the Oscars. It was much easier to hate them this year, what with the stink of desperation emanating from all the harebrained decisions — the lack of a host, the proposed Popular Film category, the now-abandoned idea to shuffle certain categories to ad breaks — made by the Academy.

In the age of streaming and declining TV ratings, movie buffs still tune in to the telecast, no matter how long and self-congratulatory it might be. When our favorite films and artists are awarded, it's a validation of our superlative taste. But when those little gold statuettes go to the wrong movie — well, what do the Oscars matter, anyway?

I've gone through the six top categories and voted for my favorite films and performances, and pointed out work that the Academy overlooked. Here's what I'd mark my ballot for.

Who should win? Ali will likely take home his second Supporting Actor Oscar (despite being a co-lead), and his performance is really the only thing I like in Green Book. I'd prefer to see one of the veterans win; Elliott and Grant have been stealing scenes for decades without a single nomination, and both bring nuance to roles they could have easily phoned in. I'm leaning more toward Grant, because he's such a great comic foil to Melissa McCarthy in Can You Ever Forgive Me?, but it'd be just as satisfying to hear Elliott's sonorous tones as he graciously accepts a long-overdue award.

Who was left out? Michael B. Jordan made Killmonger a surprisingly empathetic presence in Black Panther. Brian Tyree Henry cuts to the heart of If Beale Street Could Talk in a single scene. Daniel Kaluuya brought hair-trigger horror to Widows, and Steven Yeun was chilling as a possibly murderous playboy in the South Korean mystery Burning.

Who should win? Like Ali, Stone and Weisz are as much the leads of The Favourite as Best Actress nominee Olivia Colman. They're excellent in that movie, as is Adams in Vice, and it's also wonderful to see de Tavira, a surprise (and deserving) nominee for Roma, in the mix. But it's King's work that stands out most: Her performance, as a mother resolutely fighting a corrupt system in Beale Street, is magnetic in its quiet, confident power.

Who was left out? The mostly unknown Kayli Carter in Tamara Jenkins' wonderful Private Life. Blake Lively, finally getting a role she can gleefully tear apart in A Simple Favor. Broadway star Cynthia Erivo as an aspiring Motown star in the neo-noir whatsit Bad Times at the El Royale. Nicole Kidman as the devout Southern mother of a gay teenager in Boy Erased.

Who should win? I'm not particularly taken with any of these performances, honestly. Malek and Bale are the frontrunners, and both deliver uncanny impersonations of well-known figures. But I guess I'll go with Cooper: His performance is no less physical than the two I just mentioned, but it's quieter, less flashy work. I wasn't immediately convinced by him as a scraggly rock star, but I've come around.

Who was left out? Ethan Hawke's work in First Reformed is more layered, more nuanced, and ultimately more complex and beguiling than anything that's nominated. I also admired Ben Foster in Leave No Trace, Lakeith Stanfield in Sorry to Bother You, Joaquin Phoenix in You Were Never Really Here and John C. Reilly in The Sisters Brothers.

Yalitza Aparicio, Roma
Glenn Close, The Wife
Olivia Colman, The Favourite
Lady Gaga, A Star Is Born
Melissa McCarthy, Can You Ever Forgive Me?

Who should win? In sharp contrast with the Best Actor field, this is a goldmine. It's Close's year: She's on her seventh nomination without a win, and the standing ovation when she takes the stage will be thunderous. In terms of preference, I'm between newcomer Aparicio and the long-underappreciated Colman. I'm leaning toward Aparicio, the heart and soul of my favorite movie of 2018, but Colman is also great in a rich, humane interpretation of a role that could have easily descended into camp.

Who was left out? Toni Collette's turn in Hereditary was the performance of the year, but she was stupidly overlooked due to the Academy's general antipathy toward horror. Also: Charlize Theron in Tully, Regina Hall in Support the Girls, Elsie Fisher in Eighth Grade, Joanna Kulig in Cold War, Amandla Stenberg in The Hate U Give, Michelle Pfeiffer in Where Is Kyra? and Thomasin McKenzie in Leave No Trace.

Who should win? Cuarón will likely (and should) win. Though it'd be awesome if Lee — and this is, crazily enough, his first Best Director nod — got the gold, because the recognition is long overdue.

Who was left out? If I had my way, I'd clip McKay out and leave the other four. Who would I give that fifth slot, then? Pardon my repetition, but what about Barry Jenkins for If Beale Street Could Talk? Or Steve McQueen for Widows? Or Debra Granik, whose Leave No Trace is a beautifully modulated and sensitive study of trauma and alienation?

What was left out? Considering how good 2018 was for movies, this isn't the best representation of the year. I love seeing BlacKkKlansman and Black Panther in the conversation, and both Roma and The Favourite were on my top 10. But the pat social-issues malarkey of Green Book? The generic musical biopic Bohemian Rhapsody? The didactic, glib Vice? I don't care for any of them, especially when they're taking up space that could have been filled by adventurous, invigorating work like If Beale Street Could Talk, Widows, First Man, First Reformed, Can You Ever Forgive Me? and Eighth Grade. The Academy, as usual, could do better. ♦

The original print version of this article was headlined "Gold Pursuit"