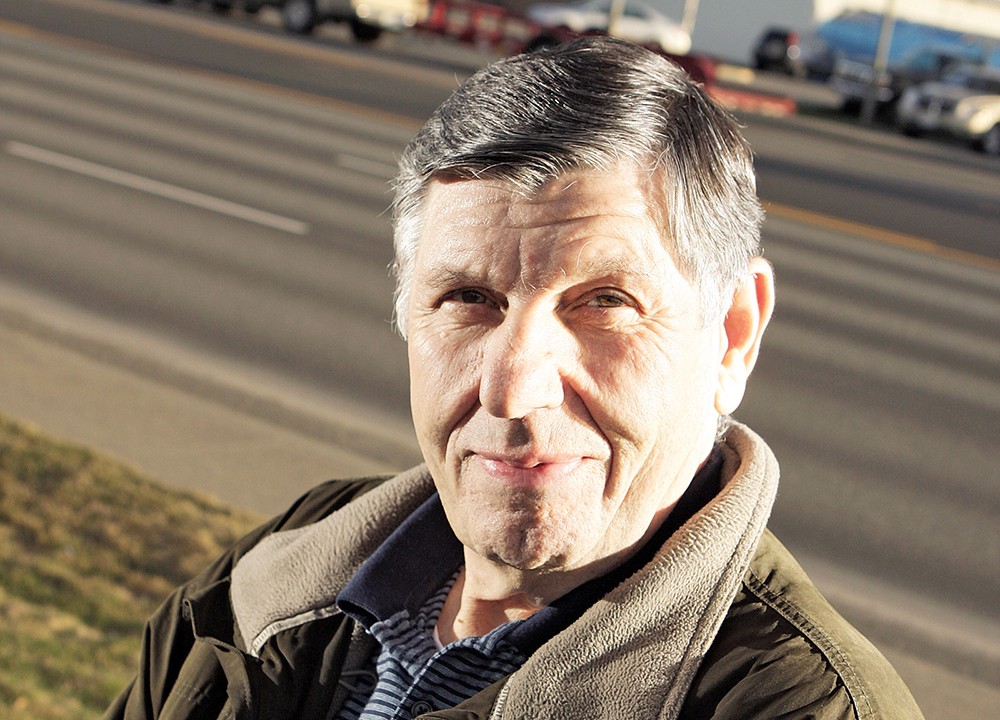 In some parts of Washington, banning marijuana has been an easy argument. Take Yakima, for example, where nearly 60 percent of voters in the county opposed Initiative 502. When the city council there passed a ban on newly legal marijuana businesses, lawmakers argued they were simply following the will of the voters.

But here on Washington's eastern edge, where election results were more mixed, doing what the voters want has been less clear. In Spokane County, 52 percent of voters supported the initiative, but that number was as high as 70 percent in some parts of the city and as low as 40 percent in parts of Liberty Lake. Now, even as the liquor board has finalized its rules, issued licenses to marijuana growers and begun the lottery process to select retail locations, some local lawmakers are creating a patchwork of new rules, while others are standing on the sidelines.

In small cities with fewer staff and police and budgets a fraction of the size of those in cities like Spokane, the coming industry has overwhelmed some with its ambiguity.

"The city felt it prudent given the size of our city — we're less than one square mile — to say, 'Wait a minute. Let's see where this is going before we do something stupid,'" says Tom Metzger, the attorney for both the county of Pend Oreille and the city of Newport, Wash., where lawmakers have adopted a one-year moratorium and a plan to monitor how the law's rollout goes in other cities before deciding what to do.

In January, the Washington state attorney general issued an opinion saying cities could legally ban marijuana. While the opinion doesn't carry the weight of a court ruling, it's been treated by some cities as a green light to block the new market either temporarily or for good.

In Liberty Lake, where the exit into town is one of the first after leaving Idaho (where marijuana is still illegal, medicinally and recreationally), lawmakers are nervous. In January, the town's city council passed a six-month moratorium. Councilman Dan Dunne — who sits on the community development and public safety committees, which both have dealt with the issue — says he was concerned that if hopeful pot entrepreneurs applied for city business licenses before the state finalized its process for licensing stores, the city would be required to issue those licenses even if the business was later determined illegal by the state.

"This is not an action of values as much as procedure," Dunne says. "As soon as the procedure is resolved, we will advance."

It's true the climate around marijuana legalization is full of unanswered questions and unfinished work. The state legislature did not pass medical marijuana reform in this past session, a step some argued should have happened before recreational marijuana arrived. The drug remains federally illegal, making banks hesitant to work with businesses even in states that have legalized. Cities large and small are unsure just how expensive the impact on public safety could be. Still, plenty of cities are preparing to welcome the businesses. The Spokane City Council passed zoning regulations restricting the businesses in some areas of town; a council subcommittee meets monthly to discuss the implementation of I-502. More than 100 Washington mayors have signed a letter to the legislature asking for a cut of the tax revenues that will come from marijuana businesses. Among them were mayors from Spokane, Spokane Valley, Airway Heights and Cheney.

Earlier this year, the Spokane Valley City Council added trails and undeveloped, school-district-owned land to the 1,000-foot buffer the state mandates around things like schools and parks. The move eliminated much of the land along Sprague Avenue that could have been prime for the new businesses, says Mayor Dean Grafos. Now, they're backpedaling some. This month, the council will vote to remove the trail from those regulations for marijuana growers. (It's likely to remain in the rules governing retail stores.) Already, the state has licensed one production and processing business planning to operate in a Valley warehouse.

"What we're trying to do is have a common sense approach for Spokane Valley," Grafos says. "I don't see it as an economic opportunity for the city. I just believe that as elected officials, regardless of how I feel about it personally, we have to follow the state law and the wishes of the voters and make a reasonable accommodation for this industry."

In Cheney, lawmakers passed a short-term moratorium after I-502 passed, but have since crafted zoning rules and are working with an applicant who hopes to locate in the city's budding industrial park. The city council will vote next week to make permanent its interim rules limiting producers and processors to industrial zones and retail stores to commercial areas.

Despite early confusion about how to deal with something that "was really not on our radar," Todd Ableman, the city's director of public works, says he sees no use in resisting.

"The applications will come in. I think there will be future sitings [of marijuana businesses in Cheney]," he says. "Our direction was clear from the state." ♦