Investment and optimism has returned to downtown Spokane 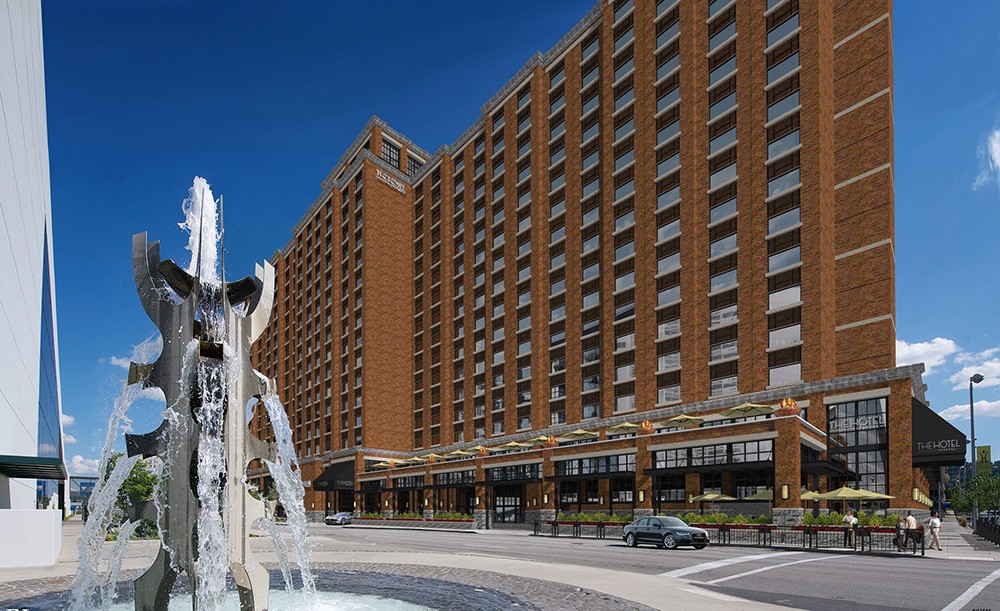 Eric Hedlund Design LLC
An architectural rendering of the Walt Worthy hotel under construction by the Convention Center.

Most of us are aware of the Convention Center expansion. It's also hard to miss the foundation work on the new Walt Worthy convention hotel project across the street. We are all looking forward to the long-awaited opening of the Health Sciences building on the Riverpoint Campus next month that will house the UW Medical School and the WSU School of Pharmacy, bringing hundreds of new students and faculty downtown.

These projects will have large, long-term positive impacts on our city, and particularly the downtown core. But there are many others that might be even more significant when taken together. Here is just a partial list of the positive developments that are under construction, recently completed or ready to break ground:

Pyrotek is nearing completion of its remodel of the old EWU Building on First Avenue, bringing the incremental energy of more than 100 employees, clients and customers downtown. STCU has begun the rehabilitation of the Hutton Building on Washington, investing significant dollars to restore this landmark building to its former glory.

Avista is nearing completion on the new Huntington Park project, which celebrates its 125th anniversary and adds a beautiful expansion to the west for Riverfront Park, with dramatic river views for our citizens and visitors.

Wells and Company has consolidated ownership and is moving forward with its plans to transform the shuttered Ridpath Hotel into a luxury condo/micro apartment/retail complex, which has the potential to attract hundreds of young adults to downtown as permanent residents. Developers including Steve Schmautz, Dan Spalding, Bobby Brett and Chris Batten have completed purchases and started construction, bringing new life to historic structures such as the Alger, National, Richmond, Sherwood, Dutch's, Hale, Bickett, Michael and Forester buildings.

McKinstry's purchase and rehabilitation of the Spokane Inland Empire Railroad building, and creation of its Innovation Center to accelerate the success of early-stage companies, is already paying benefits to our community and providing jobs and greater prosperity for all of us. The opening of ShareSpace Spokane's co-working space in the Seehorn Building, and rehabilitation of the Buchanan Building into the third location for the Spokane Entrepreneurial Center will add further momentum to job creation.

The City Ramp parking garage was restored just last year, Kendall Yards continues its remarkable development, and the recent purchase announcements of the Masonic Temple and Civic buildings lend further credence to the incredible momentum swing of the past 12 months.

We are also seeing exciting opportunities as the Cork District concept takes hold, combining art, entertainment and wine. The promise of a future Central City Line will help improve mobility and connectivity from the University District to Browne's Addition.

We will always have challenges in managing our downtown urban environment. Our Downtown Livability Initiative calls attention to many of these, and we will continue to reassess our progress on these efforts in the months to come.

But the days of recession and foreclosure seem to be behind us, and bright days and brighter times lay ahead. ♦