The Power of Belief

After 43 years at Gonzaga Prep, outgoing president Al Falkner reflects on how far both he and his students have come 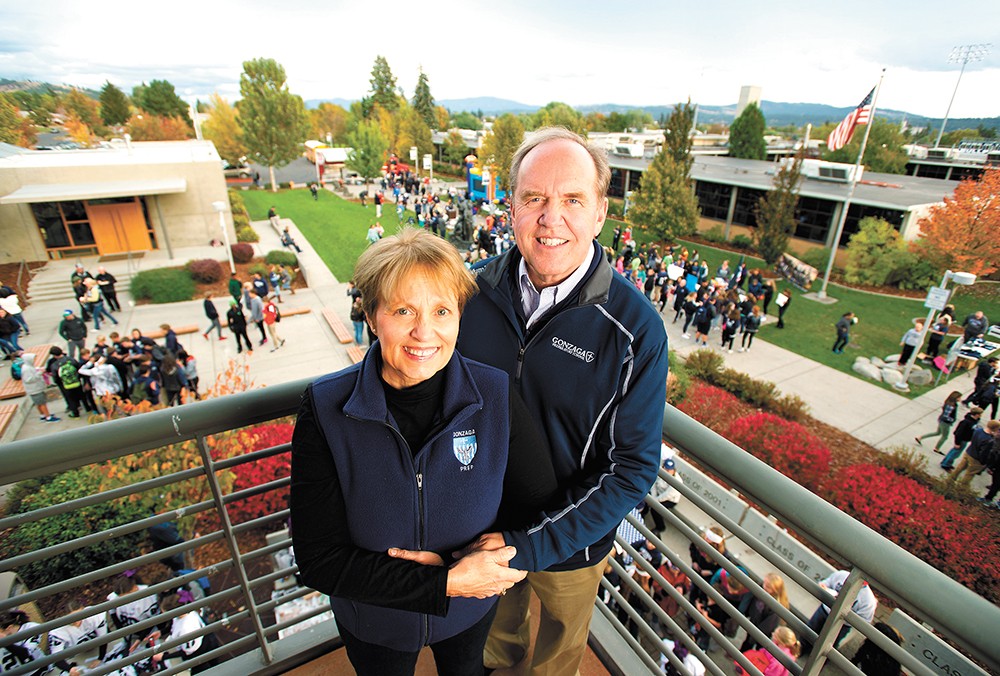 As a teacher, coach, principal and then president at Gonzaga Preparatory School,

Al Falkner's goal never changed. He always aimed to help students reach their full potential, and he always believed that they could.

"If we can get them to see that, understand that, and then take this great education they get and go out to college and get a college education and just transform the world, we're all going to be better for that," Falkner says.

When he empties out his office by the end of June, after 43 years of working at Gonzaga Prep, he'll take the pictures hanging on his wall of former students who rose to prominence — the state champions, the professional athletes and the newsmakers. What means the most to him, he says, are the former students who have thanked him because he saw their potential. There was the young woman, nervous about making a speech to the student body, who needed encouragement and got it from Falkner; now, she gives speeches to hundreds of people regularly. Or there's the student who Falkner told would make a great lawyer; when he became a lawyer years later, he told Falkner that those words meant everything.

Now he's leaving the school, retiring at 65, so he and his wife can travel and see their grandkids more. In seeing the potential of those around him, including students, faculty and staff, Falkner was able to help manage Gonzaga Prep through some tough times.

"You can touch people's lives by believing in them," Falkner says. "That, to me, is everything."

Falkner started as a teacher at Gonzaga Prep in 1974;

He taught English and math, but mostly English.

"I fell in love with teaching," he says.

Asked about the school's accomplishments during his time there, he quickly mentions the Fair Share program at Gonzaga Prep that was founded in 1992 in response to declining enrollment. Two other Catholic schools in Spokane had shut down for financial reasons, so G-Prep developed the Fair Share program, which adjusts a student's tuition rate based on the family's income. Because of the program, he says, anyone in Spokane can go to G-Prep — something Falkner wanted to do as a kid but couldn't, because his family couldn't afford it.

The greatest challenge he faced as president, he says, was the recession.

"I sat in this very chair in this room, here, and I personally met with 150 families. And they would come in and say, 'I just lost my job,' or they lost hours, or their spouse lost his or her job," he says. "But they desperately wanted their kids to stay at Gonzaga Prep."

Through fundraising efforts, and faculty and staff giving up some benefits, the school was able to help "every single one" of those families — he says it's an example of the Gonzaga Prep community helping each other out.

who now teaches math at Gonzaga Prep, says Falkner is all about "God, family and team."

"Al runs a fantastic place, and he empowers us teachers to do what we need to do to be creative, to get the most out of students," Tombari says.

Tombari, who started as a teacher in 2001, says Falkner was always encouraging, as he was when Tombari was a student.

"He's been an awesome leader for us," Tombari says.

Gonzaga's campus has undergone a transformation in recent decades. Falkner says "every square inch" has been remodeled since 1999, a fact he's proud of. A chapel was built on campus a decade ago, and that's been important for students who voluntarily go to Mass and use it for quiet reflection.

Michael Dougherty, president of Josephinum Academy in Chicago, will take over as the next president starting this summer. Falkner will then have plenty of time to reflect on his 43 years at Gonzaga Prep.

It's a place that's allowed him to realize his own potential, like so many of his students have. From becoming a baseball coach at age 23, to becoming athletic director at 37, to becoming a counselor for three years in addition to a number of other roles, the school has always challenged him in a different way.