The President and the Mayor

What role does the council president play in a “strong mayor” city? 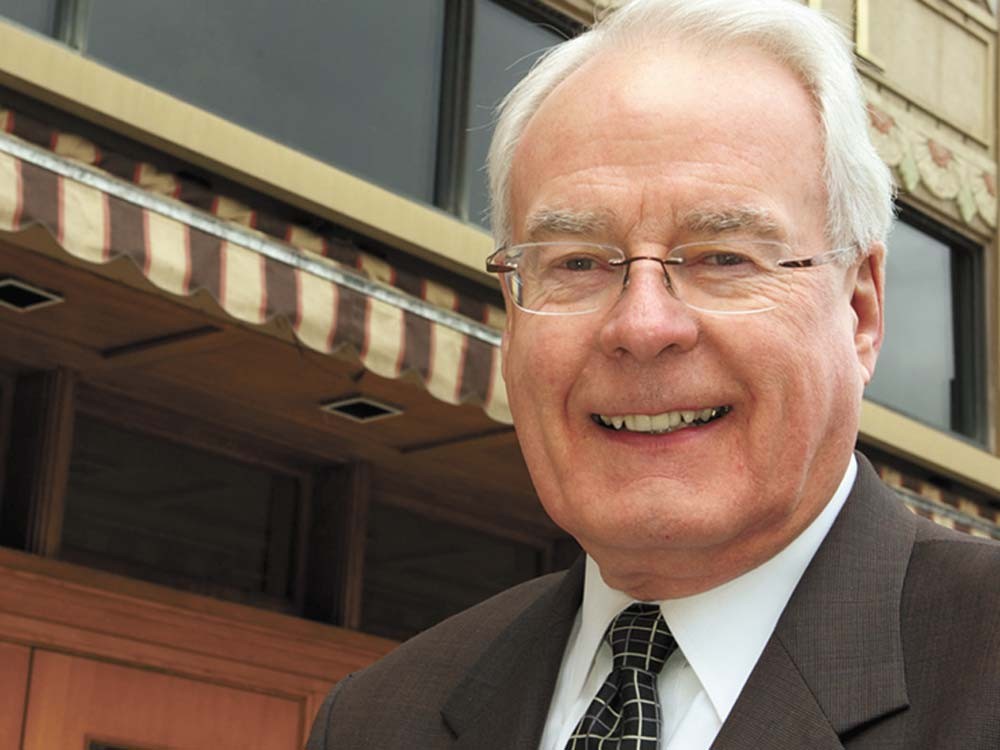 In a crude sense, a strong-mayor system mirrors that of the United States government.

The mayor is the president, the head of the executive branch with the power to appoint key positions in the city and veto ordinances. The council president plays the part of the Speaker of the House — leading the organization that writes policy.

But with both positions up for election this year, the candidates have to determine precisely how they see the relationship between mayor and council president. Should they be as antagonistic as their federal counterparts, Obama and Boehner. Or should they be downright chummy? With both being elected citywide, who should steer the vision for the city? We sat down with each of the four council president candidates and asked how they see it.

Corker’s city council experience — from 2000 to 2003, and again from 2007 to 2011 — used to be the centerpiece of his campaign. But since former mayor Dennis Hession joined the race, Corker underscores his recent experience with grim recession-tinged realities.

Corker criticizes other council members for focusing on bicycle accommodation at the expense of automobile flow, suggests saving money by combining certain city and county departments, and believes the budget crisis is bad enough that whole departments may need to be eliminated.

He bristles at current Council President Joe Shogan’s gruff leadership style, arguing that he’s intruded into the mayor’s day-to-day control of the city.

“Joe Shogan has basically said, ‘I’m equal to the mayor,’” Corker says. “He’s acting like a full colonel … trying to tell the general what to do.”

The City Council needs to argue policy, Corker says, without personally attacking the mayor. Meanwhile, he says, better communication is needed between the Council and the mayor.

“The key to a strong mayor is no more surprises,” Corker says.

Dennis Hession entered the race late, but he wields plenty of name recognition. Elected council president in 2004, he was elevated to mayor when Jim West was recalled by voters in 2005. Since he lost that position to Mary Verner in 2007, he’s been director of the Northwest Museum of Arts and Culture and has practiced law again.

Hession focuses on financial issues, and suggests using a biennial budget to ease the yearly budgetary headache. Hession wants to take lessons from the 10 percent of cities that manage to be financially successful amid recession, and implement those lessons in Spokane. He emphasizes long-term “strategic decision making.”

Since Hession’s been both mayor and council president, he says he’d be able to work with Verner — despite the contentious mayoral race they waged.

“It isn’t all walking hand-and-hand on Easter Sunday,” Hession says. “But it shouldn’t be too adversarial. This is Spokane. It is not the U.S. Congress.”

Victor Noder has no chance of winning, says Victor Noder. His race is part of a long-term plan: He hopes to eventually develop a community television show and then have the name recognition to win.

Noder has an intense environmental focus stretching far beyond the current rhetoric of sustainability — his handmade wooden campaign signs refer to him as “Victor the Green.”

“No growth is better than bad growth,” he says. He also says he’d bring in objective experts on specific topics to ask questions during briefing sessions.

As for current Mayor Mary Verner, he likes her, though he thinks she’s distracted.

“I suspect her head’s in the state and national issues,” Noder says.

But he’s willing to be unpopular. “‘I can be the fall guy here,’” Noder says he’ll tell the mayor if elected. “‘Let me say the things you can’t say.’” Of course, if long-shot mayoral candidate Mike Noder — Victor’s conservative brother — also wins, the mayor-president relationship would be even more complicated.

Ben Stuckart, a former regional manager for TicketsWest, serves as the executive director of the Communities in Schools advocacy group. He beat out former Spokane Democrats chairman Corker for the party’s endorsement.

Spokane needs growth and density, Stuckart says. To do that, he believes, the city needs better infrastructure and more incentives — like tax increment financing and city-matched funds — and a smoother, more flexible permitting process. Stuckart also promises to hold monthly press conferences or forums to connect the City Council with the citizenry.

As for his relationship with the mayor, he’s not looking for a buddy. “Tension in government,” Stuckart says, gently bringing his fists together, “is how things get done.”

“Since we’ve switched to a strong-mayor form of government, we have not had a city council president that has understood the role,” Stuckart says. “Only five of the ordinances in all of 2010 that were passed were written by the legislative branch. All the other ordinances were given to them by the executive branch.”

A bit of conflict generates new ideas, he says, actually improving efficiency. The City Council, not just the mayor, can lead, he says.