A quarter-century after launching his comedy career, Brad Upton returns to Spokane. 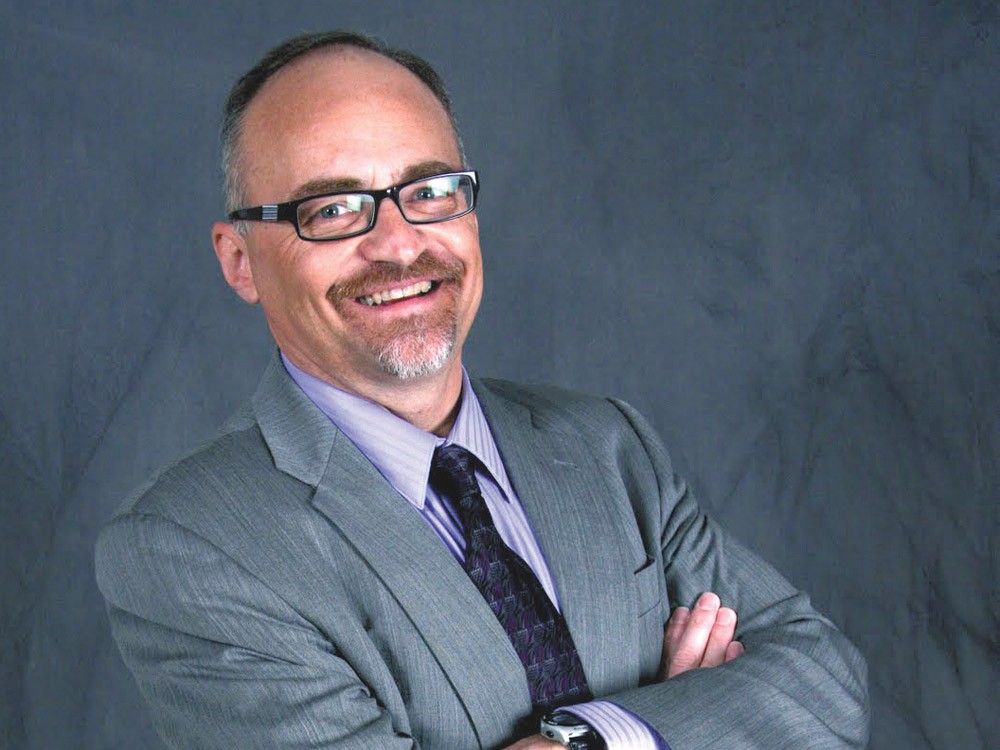 In 1984, Brad Upton was living in Pasco. He was 28. He was married. He was several years into a career as a fourth-grade teacher.

Things were going well, but he had an itch. He’d always wanted to perform stand-up comedy.

One Sunday afternoon, he got in his car and drove up to Spokane, where he’d attended school and worked, landing at the Red Lion Barbecue on the east edge of downtown. That night, he took the stage and told the jokes that had been incubating in his mind of the past eight years. Then, he got back in his car and drove back to Pasco, getting a few hours of sleep before he’d need to be back in the classroom to kick off the school week.

“I was just thrilled that I was able to do it. Sure, I probably wasn’t making enough to even cover gas back to the Tri-Cities,” recalls Upton.

The show went well, or at least well enough to inspire Upton to begin routinely making the out-and-back drive from the TriCities on a regular basis. A few years later, he moved to Seattle. Now, he performs all over the world, opening shows for the likes of Joan Rivers and Johnny Mathis or performing corporate gigs for a corn growers association in Chicago like he was the night before he spoke with The Inlander. He’s also been around the world on cruise ships.

But somehow, he’s never been back to Spokane, the city that helped launch his career. This weekend, however, at age 56, Upton finally returns.

“It will be fun to be back in the neighborhood and drive around. You know, look at some of the old places,” says Upton.

He’s not just coming to Spokane to perform.

In the 25-plus years since he first took the stage, he’s had a son and a daughter, the latter of whom is playing in a youth volleyball tournament here in Spokane this weekend. Upton figured he’d been in town, so he might as well take the stage.

While he’s a family man, and still very much driven by his comedy career, it seems that, at least for this weekend, it was his family life that dictated his comedy career. And for Spokane comedy fans, that’s a coup. A keen cultural observer, Upton delivers material that runs the gamut between one-liners and highbrow remarks, but sometimes it’s his kids that might influence his material. He’s got a pretty good bit about young people who use their debit cards for everything, and you can tell where that came from.

But his kids don’t necessarily think their dad is a funny guy.

“To them, I’m their dad. Sometimes I can tell they’re trying not to laugh,” says Upton. “There are times when my son and his friends are downstairs and I’ll go down there and start riffing with these teenagers and making them laugh, but I can see my son looking at me like, ‘Just go back upstairs.’” Recently, though, the teenybopping tandem of Justin Bieber and Selena Gomez were spotted at one of Upton’s shows. Suddenly, he wasn’t such a dorky dad.

Upton still has fond memories of his time in Spokane. He speaks with a nostalgic giddiness about running the hurdles with his Spokane Community College track team and his place in Hillyard and going to school at Eastern.

He liked living here, yet his career took him elsewhere. Not too far away, though.

“I probably should have moved to L.A. or New York, but never have. I have no regrets about that, though,” he says.