Dessert in a garden with Mozart — what’s not to like? 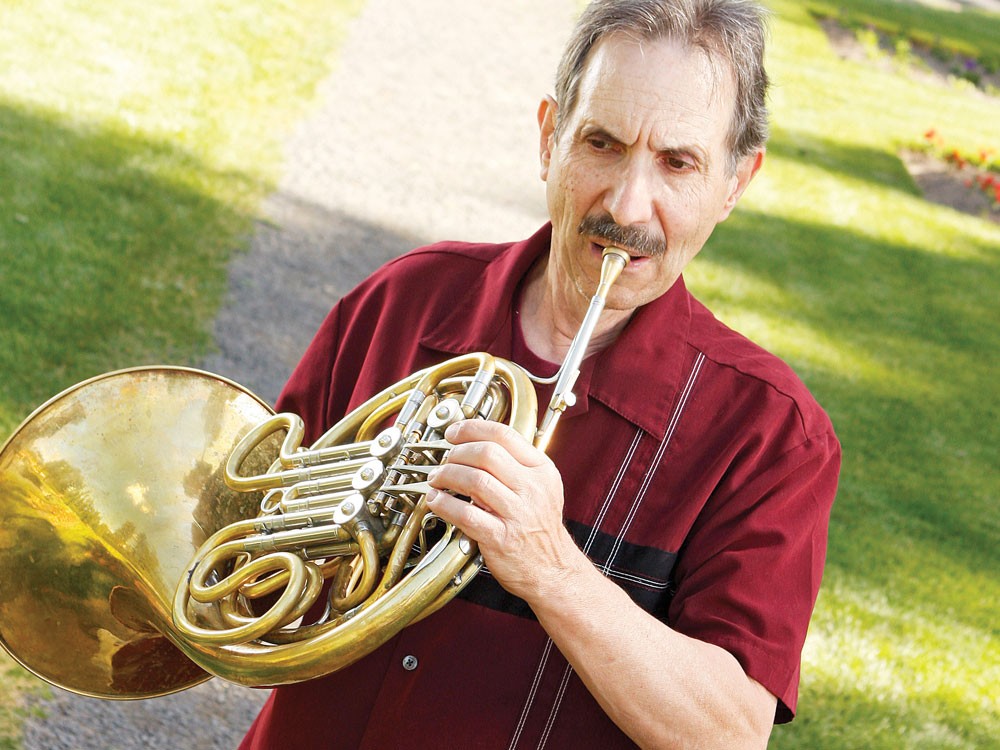 Young Kwak
For two nights at Manito Park, Verne Windham will toot his own horn.

Not a head-banging experience, then. But that’s the point: For a brief time, pampering yourself with a musical respite. For the 20th annual “Mozart on a Summer’s Eve,” music director and horn player Verne Windham has programmed an Allegro from Vivaldi’s L’estro armonico and a Mozart serenade for winds (in this case, pairs of oboes, clarinets, horns and bassoons).

Also before intermission, tenor Rockland Osgood will sing Jupiter’s “Where’er you walk” from Handel’s Semele and Don Ottavio’s oath of vengeance, “My treasure,” from Don Giovanni.

The second half of the program “will be ‘The Rocky Show,’” as Windham puts it, with five songs for the tenor from Boston, including music of Edvard Grieg, Franz Lehar, Kurt Weill and Leonard Bernstein (“Somewhere” from West Side Story).

Fellow horn player Roger Logan has done the work of arranging half of the works on the program, which involves revising music that was originally intended for a different set of instruments. The challenge in arranging a Broadway song like “Somewhere,” of course, lies in making the transition from a large pit orchestra to just eight wind players.

And as Windham explains, the Mozart Horn Quintet was written for a horn and four strings — but the Connoisseur Concert Wind Ensemble will be playing an 18th-century transcription for three pairs of instruments (horns, clarinets and bassoons).

“Arranging is kind of fun,” Logan says. “You always know in advance who the soloist is, which is good — because the last thing you want is three or four players competing in the same range as the singer. This year, we have a tenor, so I’m leaving out more in the middle register. Or else I’ll transpose it down an octave, or use more clarinet.”

Franz Lehar’s “You Are My Heart’s Delight,” from an operetta called The Land of Smiles (1929), proved to be especially challenging. “It just looked ridiculous on the page,” Logan says.

“It’s in D flat — full of accidentals, very chromatic, with very complex chord changes. But as I have worked on it, it has turned into this beautiful, Puccini-like aria that doesn’t sound what it looks like at all. When I see a bunch of sharps and accidentals and rhythm changes, it just screams ‘modern music’ to me. Yet when you hear it, it sounds logical and melodic. I was really surprised by that.”

As a concert farewell, Osgood will sing “Time To Say Goodbye,” made famous by Andrea Bocelli and Sarah Brightman and, Logan says, “a nice crossover pop song and a nice way to end the concert.”

After two decades of music-making, Logan says, the Connoisseur players perform together by choice. “This is nothing like a job,” he says. “It feels like a bunch of good friends getting together and having a good time.”

A good time involving dessert, and a garden, and Mozart.

Mozart on a Summer’s Eve presents “The Romantic Tenor from Amadeus to Andrea (Bocelli),” featuring Rockland Osgood and the Connoisseur Concerts Wind Ensemble on Tuesday-Wednesday, July 13- 14, at 7 pm, just east of Manito Park’s Duncan Garden, 22nd Ave. and Tekoa St. Tickets: $10; $25 for table seating with dessert and coffee. Visit ticketswest.com or nwbachfest.com or call (800) 325-SEAT or 326-4942.