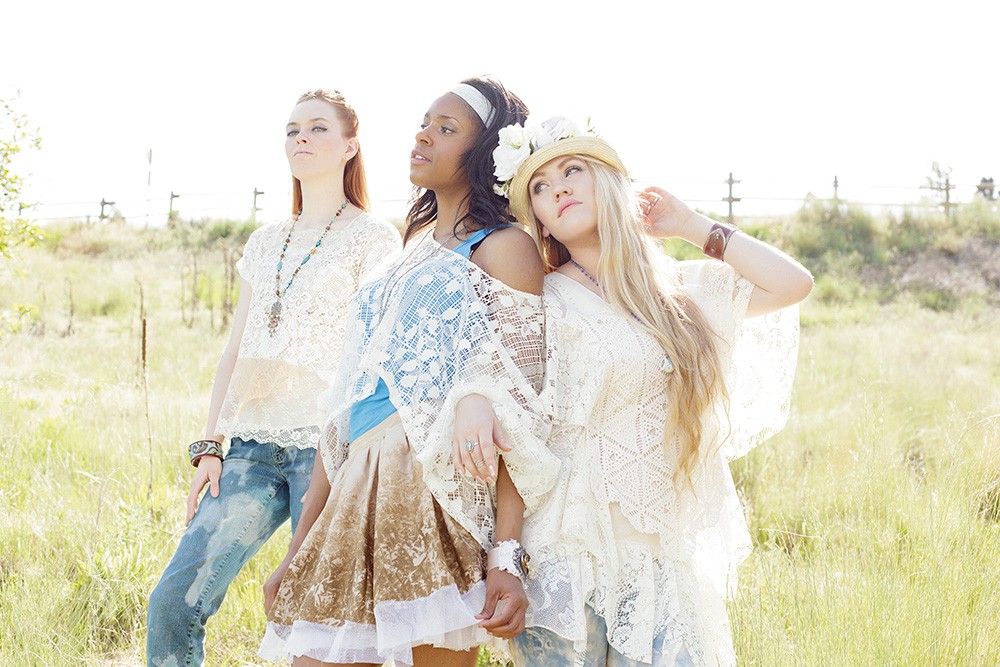 Lace, lace and more lace. Lynne Blackwood wore lace long before Kate Middleton married Prince William in a trendsetting lace-sleeved dress. But it wasn't until her own wedding two years ago that the idea to make clothes out of the delicate material was born. It was her second wedding, and she found buying a dress, as a woman over 50, impossible.

"Just try to find something to get married in that doesn't look like it's made for an 18-year-old or the mother of the bride," says Blackwood, sitting inside the Glamarita boutique where her work is sold.

Living in Sandpoint, she discovered some old lace tablecloths at a secondhand store and promptly brought them home. She loved the look of the fabric so much, she didn't just sew one dress, instead making three. After moving to Spokane, she couldn't stop.

"My sensibility has always been bohemian romantic; it's always spoken to me," Blackwood says of her designs. "If Betsey Johnson and Stevie Nicks had a baby, it would be me."

The inspiration for Blackwood's loose, summery, hippie-vibe clothes comes to her as if in a vision.

"I go out and I buy materials from wherever, and I put 'em in my sewing room and I don't do anything with them until — this will sound hokey as hell — a picture of the finished garment will come to my head," says the shorted-haired platinum blonde. "So in my head I have this tablecloth, and then all of a sudden a picture comes, and I go downstairs and make it."

If she tries to make something just because she has some downtime, it never turns out well. Instead, she just waits for the motivation to come.

Now a commercial interior designer, she's been crafting clothes all of her life, first learning from her mother, then taking sewing class in junior high. Later as a theater major at Washington State University, she learned how to make costumes for shows. That skill would supplement her income when acting work was hard to come by.

These days she's always out at thrift stores or consignment shops searching for lacy fabrics to take back to her home basement workshop.

"Let's just say I don't go to the grocery store unless there's a Goodwill between home and there," she says. ♦