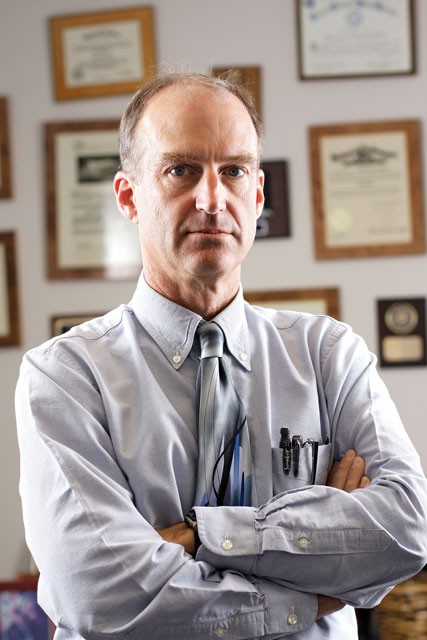 Dr. Tom Schaaf uses e-mail and his cell phone to keep up with patients — anything to increase communication in the increasingly busy world of medicine helps, he says.

That frustrates doctors, too, says Tom Schaaf, a family practice doctor with Group Health in Spokane.

“You go into family practice because you like developing relationships with people, not because you want to see five or six patients an hour, going from room to room,” Schaaf says.

But doctors have to make enough money to run their practice. Most primary care doctors get paid for one thing, Schaaf says: Seeing patients. They don’t get paid for phone calls to patients or e-mails.

“You either end up doing things like laser cosmetics — all sorts of odd ancillary practices to keep your practice running — or you see patients as quickly as you can,” Schaaf says.

Short visits, Schaaf worries, can ultimately make establishing a level of trust with a patient difficult.

“A lot of what makes a physician effective is that connection, that relationship: Conversations about lifestyle changes, educating them about why their medication is important,” Schaaf says. “You just can’t do that if you don’t have the time to do that.”

So the medical community is left to scramble to find ways to become more efficient with that limited time. They offer up electronic medical records as one solution — though Schaaf says the implementation of such systems has taken more time than expected.

And as an employee of Group Health, Schaaf touts their model, which encourages doctors to communicate regularly with their patients using phone calls and e-mail.

“There’s a lot of stuff you can do by phone or by e-mail,” Schaaf says. “Our docs are on salary with payment incentives for phone visits and quality of care.”

For every three patient visits, Schaaf might send out five e-mails or talk to five patients on the phone.

It’s a good deal for patients — they don’t have to spend the time to drive to the doctors’ office and wait for their turn. And it’s a good deal for doctors, who have more time to spend with their more complicated patients. Ideally, the increased communication results in a healthier patient pool and lower overall medical costs.

After a long week at work, anyone can think they’re burned out. But burnout is actually a long-term psychological condition created by emotional exhaustion. Along with that comes a sense of cynicism and a feeling of being ineffective at work. The person struggling with burnout may feel as though he or she is merely watching the events of life unfold at a distance, unable to really engage with others.

Burnout causes problems in relationships both at home and at work. Job performance can be impaired, and there may be physical symptoms, including high blood pressure, anxiety, depression, drug or alcohol addiction or even a heart attack. It is not a pretty picture, and a study published in the September 2009 issue of the Journal of the American Medical Association found that as many as 60 percent of practicing physicians and nearly half of all third-year medical students report symptoms of burnout.

Helping physicians develop ways to cope is a topic of new research. A University of Rochester study last year showed teaching meditation and relaxation techniques resulted in less emotional exhaustion, and helped create better patient empathy for health care workers. The JAMA report advises such measures are critical. “It is not incidental to medicine but is at the core of the deepest values of the profession to first, do no harm. Doing no harm begins with one’s self.”