You may not want to sit through Scott Pilgrim once, but if you do, you'll likely need to see it again. 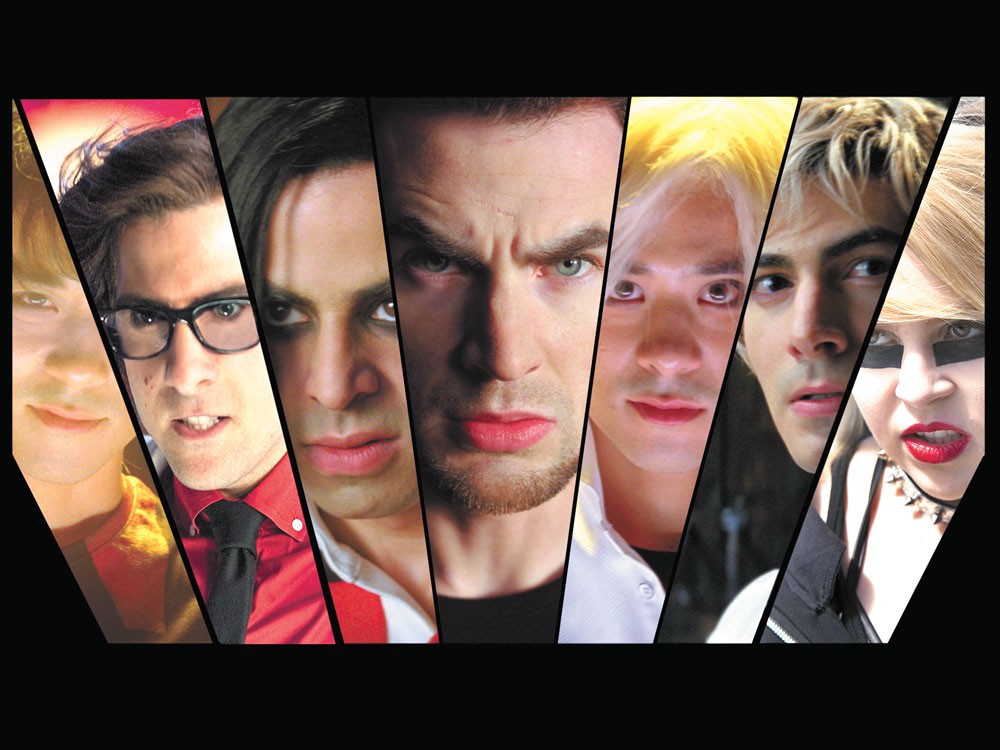 Give yourself five minutes to figure out if this is the right movie for you. If you’re immediately annoyed by the loud rock music, words popping up — onomatopoeia-like — onscreen and the presence of doe-eyed, squeaky-voiced Michael Cera in the lead role, perhaps you should ask for your money back (or sneak in to see Inception again).

But if you like those ingredients, along with romantic angst, both videogame and comic book sensibilities, wildly inventive visual effects, and the idea that a film doesn’t really have to follow any rules, then sit back and kick your feet up. This is gonna be a blast.

The newest entry from Brit director Edgar Wright is a departure from his first two screwy hits: Shaun of the Dead and Hot Fuzz. First off, it’s an adaptation, freely but faithfully translated from the graphic novels by Bryan Lee O’Malley, telling of the geeky, bass guitar-playing, lovelorn title character who falls for the wrong gal.

Oh, Ramona is nice enough, if a bit aloof. And she’s gorgeous, even though it’s hard to keep track of how many times she changes her hair color. The only real problem is that she has seven ex-boyfriends, all of them evil, each prepared for a fight to the death with any new guy that even thinks about dating her. Scott Pilgrim, wouldn’t you know it, is head over heels in love (or is it lust?) with her. The film tracks his change in attitude from being gentle and laidback to standing his ground and saying, “Bring ’em on!’

But once they start, they don’t stop. Both Shaun and Fuzz met up with familiar genres (zombies and cop buddies), then turned them inside out. Scott Pilgrim doesn’t have to go about changing things around, because everything about it is original. There simply hasn’t been another rock ’n’ roll/kickboxing/swordplaying/love story before this one.

It’s true that the romance angle is a little hard to accept. (Would Mary Elizabeth Winstead ever fall for Michael Cera in real life?) But the music (collaborations between hotshot producer Nigel Godrich and Beck) is very cool, and the fight scenes are spectacular.

There will be the usual complaints that Michael Cera is once again playing Michael Cera. But Scott Pilgrim turns out to be one of Cera’s best roles, mostly because of the insanity that’s raging all around him. He’s the utterly normal guy who must be ready to fend for himself, with fists and feet at the ready, every time some new foe comes crashing through a wall.

With the exception of Winstead cheering him on, Cera is pretty much alone in these battles — that is, if you don’t count his geeky bandmates (including “Stephen Stills” and “Young Neil”), his sister Stacey (Anna Kendrick), or his extraordinarily gay roommate Wallace (Kieran Culkin).

Wright keeps the film sprinting along, throwing in a split-screen segment here and an exciting rock performance there — with another super-stylized fight right around the corner. There turns out to be as much talk as there is action, and by the time we’re introduced to the (sorta) villainous Gideon Graves (Jason Schwartzman), the film has slickly turned into a diatribe against the cold, heartless record business. If you want to see anything remotely like it, check out Brian De Palma’s Phantom of the Paradise — a film that was as far ahead of its time for 1974 as Scott Pilgrim is for today.