The Son and the Moon 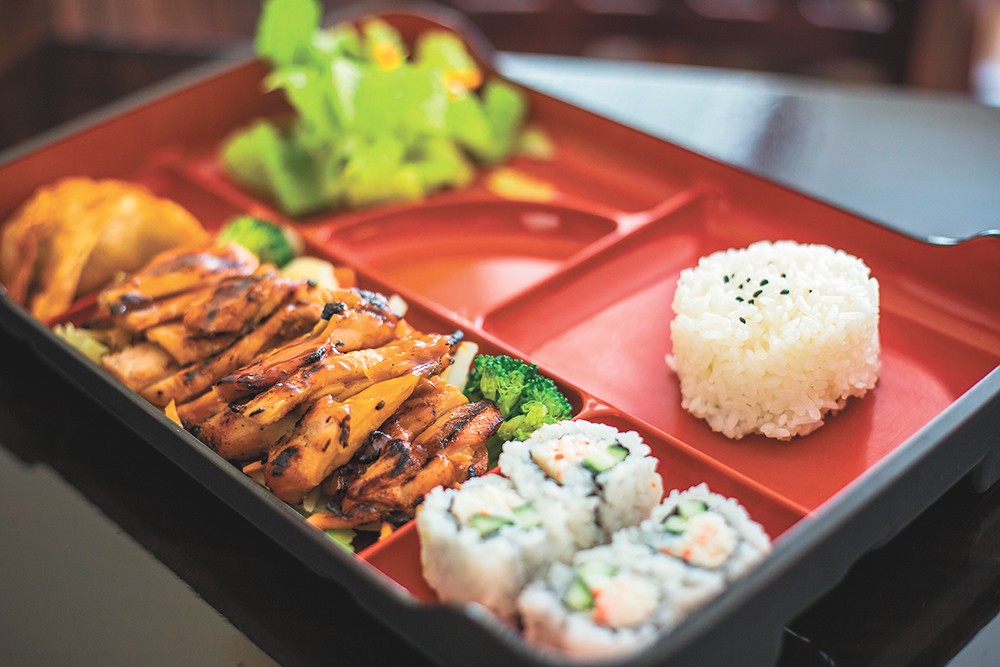 Lunchtime is busy in the Hayden restaurant located inside a converted house built in 1940 — every table is full from noon to around 2 pm on a recent Monday — and Daniel Moon has his hands full with bento boxes and sushi rolls on the pared-down lunch menu.

Although the bento box is known as a lunch box, it's also served on the dinner menu, which includes a vastly expanded sushi and special roll offering, as well as more appetizers, salads and entrées. Again, many dishes are what you'd expect on a Japanese menu: karaage ($6), tonkatsu ($11), yakisoba ($8) and udon soup ($8).

There are surprises, too, like the stir-fried calamari rice bowl ($11) with chef's secret sauce (we're hoping it's gochujang, a fermented red chili paste typical in in Korean cooking) and something called a monkey ball, which is a deep-fried mushroom stuffed with spicy tuna ($6).

Although they've only recently opened the restaurant, Daniel Moon says they're looking ahead to winter, when they'll adjust the menu with more soups and warming comfort foods. ♦