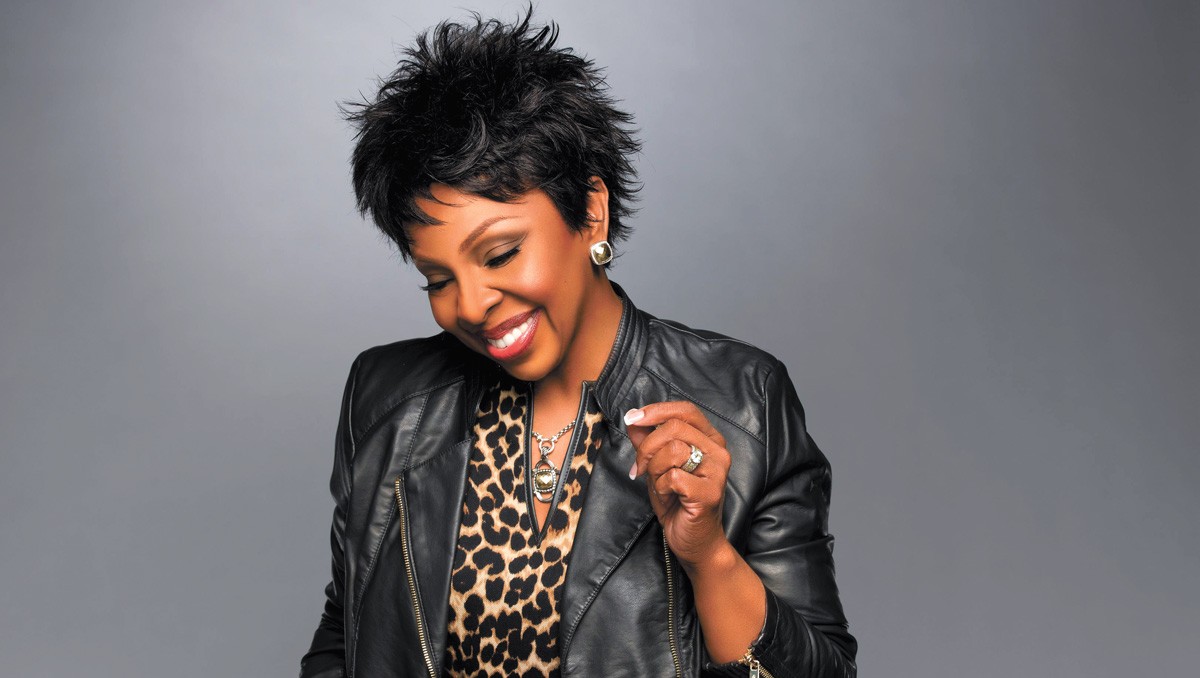 You don't have to be emerging from a disastrous and deadly pandemic of global proportions to get excited about summer concert season. But it sure doesn't hurt.

Live music was one of the myriad victims of COVID-19, and summer 2020 was brutal for concert lovers who typically spend months (and a good amount of hard-earned cash) traipsing from amphitheaters to festival grounds to arenas to clubs. I'm talking about the people who wallow in as many shows as possible year-round, but especially in the sunshine of summer when outdoor shows take center stage.

Summer 2021 is going to look a lot different, thankfully. Rescheduled shows from the lost last year and new tours by artists who, like most of us, have been stuck at home for over a year means plenty of live music to choose from, and most of it outside — which just happens to be the safest way to see a show right now. Concert announcements have been coming in fast and furious the past few weeks, so keep an eye out all summer for new gigs. In the meantime, here are some of the best concerts that summer in the Inland Northwest has to offer as of press time.

Some artists bring a multigenerational appeal with them when they tour, thanks to some combination of deep catalogs and historical significance. There are several examples headed our way this summer, starting with the legendary Smokey Robinson, playing Northern Quest Resort & Casino on July 24. Whether leading the Miracles or as a solo artist, Robinson helped build the Motown record label into a household name on the strength of songs like "Shop Around," "I Second That Emotion" and "Tears of a Clown."


The Festival at Sandpoint likewise is welcoming a Motown veteran in Gladys Knight, although she earned her greatest fame fronting the Pips after moving to a new label and promptly topping the charts with "Midnight Train to Georgia." Like Robinson, Knight is in the Rock and Roll Hall of Fame, and she'll be bringing a slew of R&B classics (but no Pips) to her show in Sandpoint Aug. 5.

The Who dubbed their bombastic rock "maximum R&B" on a box set of their work, but frontman Roger Daltrey isn't in the same soulful realm as Robinson and Knight. He's one of rock's legendary lead singers, with a howl that could peel paint off a wall. He'll be accompanied by members of the Who's touring band, and doing some of that band's biggest hits, as well as some solo tunes Sept. 1 at Northern Quest.

You might have thought the Monkees ceased to be when their TV show went off the air, or with the passing of Davy Jones and Peter Tork. Nope, Michael Nesmith and Micky Dolenz have forged on, creating some genuinely great music through the years. Their show at First Interstate Center for the Arts Sept. 10 is billed as part of their "farewell tour," and will include everything from hits from the TV show to deep cuts from their psychedelic classic movie, Head.

A bunch of the shows heading our way feature artists who are critical darlings and festival favorites, the kind of gigs that indicate Spokane isn't just a classic rock and country-loving town.


Ice Cube offers a good example. Sure, he's an older hip-hop artist at 51, but he's a true pioneer thanks to his work as part of N.W.A. and as a solo artist, and he remains a ferocious MC even as his career's taken him into filmmaking, television and sports management. He headlines Northern Quest July 22.

The Festival at Sandpoint is going to have people dancing up a storm courtesy of St. Paul and the Broken Bones, a young Alabama-based crew that delivers a seriously energetic brand of soul with its eight-piece, horn-laced lineup. They headline the fest July 29, and two days later Shakey Graves takes the stage to deliver one of the more mesmerizing live shows around. Graves blends rock, country and blues moves and has expanded his sound significantly since moving from a one-man band and adding other musicians, growing in popularity by leaps and bounds.

The Spokane Pavilion's first summer of shows (thanks again, COVID) includes a slew of dance-friendly artists, including the irie vibes of Rebelution Aug. 25 and the DJ and production duo Louis The Child Sept. 15. And Pacific Northwest alt-rock royalty arrives Sept. 8 with Death Cab for Cutie and Deep Sea Diver.

Wilco and Sleater-Kinney are teaming up in 2021 for what was going to be one of the most-anticipated tours of 2020, and they're stopping at the FIC Aug. 5, and the Lucky You Lounge is dipping back into live shows including Bully and Lightning Bug Sept. 3. The Gorge is bringing in modern alt-rock heroes like Tame Impala (Sept. 10), as well as some serious electronic music party starters at the Bass Canyon festival (Aug. 20). 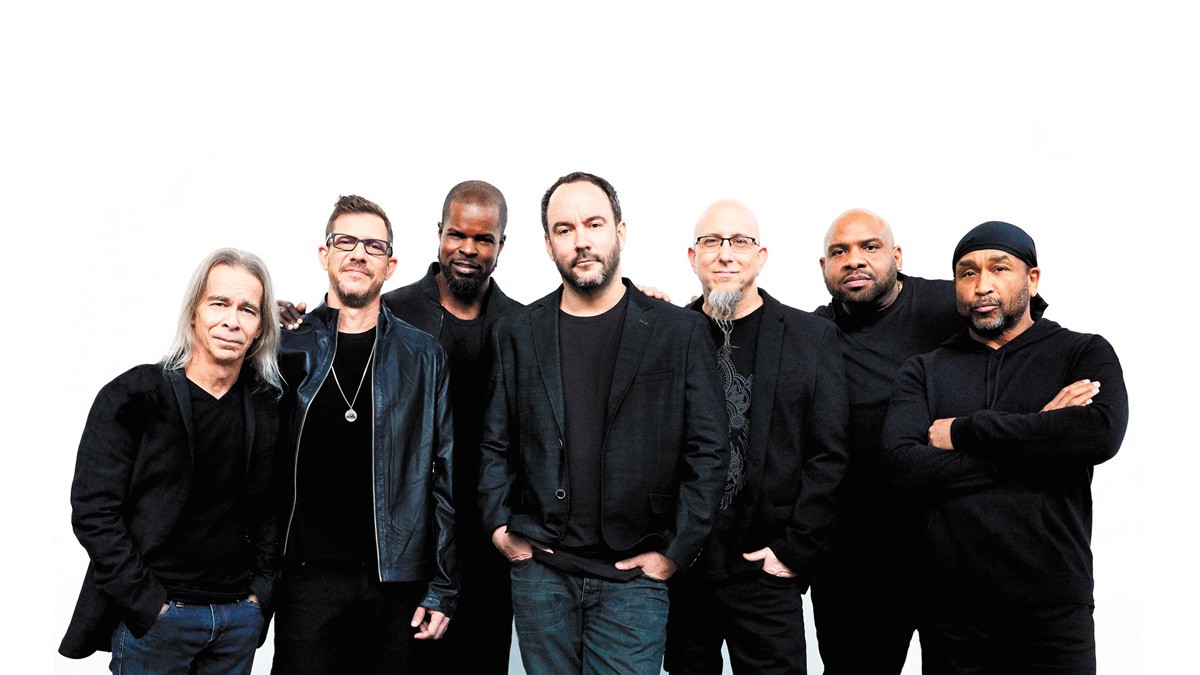 Classic rock never really goes out of style, and Inland Northwest rock fans have plenty of gigs to fill their calendar.


At Northern Quest, Billy Idol (Aug. 12) and Sammy Hagar (Aug. 22) will bring the '80s rock vibes with shows full of familiar hits. REO Speedwagon will do the same at Festival at Sandpoint Aug. 7. Psychedelic oddballs Primus are doing a tribute to Rush when they play the Spokane Pavilion Aug. 13. Les Claypool and Co. will be covering the Canadian legends' A Farewell to Kings album in its entirety; Wolfmother and Battles open the show. The Fox Theater is coming back to life this summer, too, and the Allman-Betts Band brings the sons of Gregg Allman and Dickey Betts together for a Southern rock showcase. Over at the Gorge, you can jam for three shows with Phish (Aug. 27-29) or celebrate the return of regular favorite Dave Matthews Band (Sept. 3-5). But maybe you just want to put on a costume and say farewell to KISS (again) at their show at the Gorge Sept. 18.

FROM LEFT: Dierks Bentley, Ashley McBryde and Nathaniel Rateliff all arrive this summer.

You're not going to make it through a Spokane summer without a little boot-scootin' to go between songs that bring a tear in your beer. There are plenty of top-notch country stars heading to the Inland Northwest.


Dierks Bentley headlines at Northern Quest July 30, and the same night you can catch Jake Owen at the Festival at Sandpoint. The Coeur d'Alene Casino is back with live music this summer, too, including a couple of badass ladies in Pam Tillis and Lorrie Morgan, playing together Aug. 19. One of the hottest rising stars in the country scene is Ashley McBryde, who got her start playing in rural biker bars. Now she's a Grammy-nominated up-and-comer playing the beautiful Fox Theater Sept. 23. And while I wouldn't necessarily call Nathaniel Rateliff and the Night Sweats straight-up "country," their blend of Americana, folk and retro-tinged R&B has cross-genre appeal for both cowboy-hatted and non-cowboy-hatted fans.

These are just a few of the shows happening this summer, so keep an eye on inlander.com for new announcements still to come. ♦

The original print version of this article was headlined "Music"