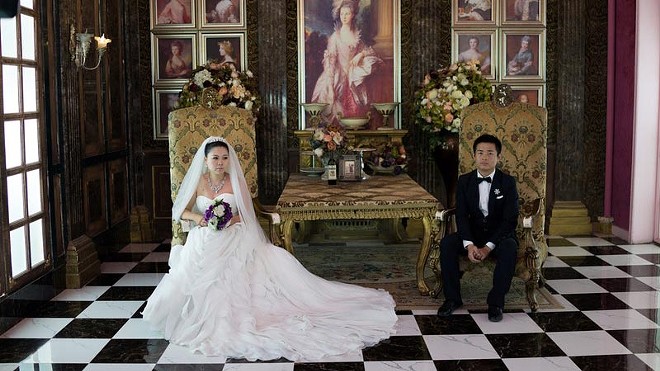 (See the full schedule here. All screenings are held at the Magic Lantern Theater, unless otherwise noted.)

The festival's opening night gala is at the Garland Theater on Feb. 28 and starts with the annual Best of the Northwest program, a collection of short films made in and around this corner of the country. Paired with that program is the feature documentary Quiet Explosions: Healing the Brain, which focuses on athletes and veterans recovering from traumatic brain injuries and features longtime Spokane resident and Super Bowl champion Mark Rypien as an interview subject. Tickets are $15. 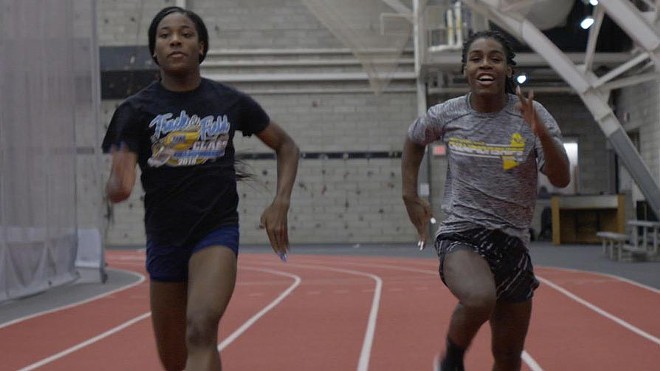 Changing the Game, a film about transgender athletes fighting discrimination, plays March 2.
Also on the docket is an LGBTQIA+ showcase on March 2, which includes a shorts program and the feature documentary Changing the Game, about transgender athletes fighting to be treated equally to their cisgender teammates. Amongst the animated offerings at this year's SpIFF are The Wolf House, a Chilean allegory about religious fanaticism, and the canine-centric French feature Marona's Fantastic Tale.

Of the year's documentary features, standouts include Bamboo and Barbed Wire (Feb. 29), an examination of America's history of persecuting immigrants; The Woman Who Loved Giraffes (Feb. 29), a warm portrait of zoologist Anne Innis Dagg and her studies of South Africa's long-necked animals; Burgers, Fries & Family Ties (March 3 at Movie & Dinner in Airway Heights), set inside a beloved Montana fast food restaurant; and China Love (March 5), a look at the lavish Chinese tradition of the pre-wedding photography session.

Feb. 29 is a big day for international narratives, including Song Lang, about a romance that develops between two men in 1980s Vietnam; the German drama Balloon, based on the true story of two Cold War families who tried to escape their country via hot air balloon; and Book Week, an Australian comedy about an author who feels pains of jealousy when his novel manuscript is rejected in favor of his student's.

SpIFF 2020 closes on March 6 with Spokane filmmaker Chase Ogden's feature Super Frenchie, a documentary about BASE jumper Matthias Giraud, who finds himself balancing family obligations with his life-threatening profession.

Individual tickets start at $12 (matinees, meanwhile, are $10) and are now available on SpIFF's website. Screenings tend to sell out early, so get them fast.

HOME THEATER: More new movies to rent from your local arthouse; plus a virtual film club

From the big screen to your living room: Brand new movies you can watch at home