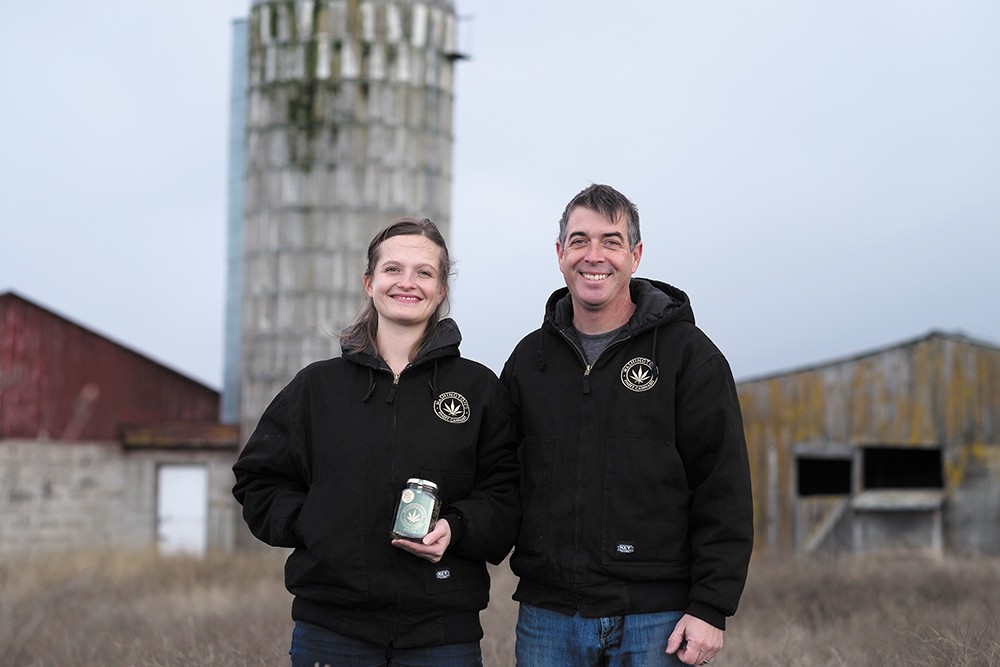 into a small indoor marijuana grow called FunkY Farms, in Deer Park. His profit margin is thin. And if he had to pay hundreds, or thousands, of dollars to the Spokane Clean Air agency, he doesn't think he could have started the business at all.

"I don't think I would have been able to do this," Juhls says.

Juhls tried to explain that story to the Spokane Regional Clean Air Agency on Jan. 4. Other farmers had similar complaints. But the agency still decided to start charging fees in 2018 that could cost marijuana producers and processors in the county up to $1,250.

"It's another fee and another regulation for the farmers who are already struggling under the weight of overtaxation and overregulation," says Crystal Oliver, owner of a pot farm north of Spokane.

The clean air agency is charging the fees to pay for its response to complaints of odor emitting from certain farms. The agency proposed the rules in the fall, after they said it received more than 300 marijuana odor complaints from July 2014 until August 2017. A majority of those complaints, however, came from neighbors around only a couple of farms.

Julie Oliver, executive director of the clean air agency, says the volume of complaints put a strain on the five agency inspectors. It also cost the agency hundreds of thousands of dollars during that period.

As part of the new rules adopted by the agency's four-member board of directors, people growing and packaging cannabis must register with the agency and pay an initial registration fee ranging from $750 to $1,250. Those rules go into effect this year.

"I understand the concern of having to report the harvest schedule," French told farmers on Thursday. "It's important because if you're not in a harvest, then there's no reason for us to go out and inspect."

The clean air board insisted that the agency will keep examining how the fees should be charged. French noted that the industry is "still in flux," referencing the decision Attorney General Jeff Sessions announced recently to roll back the Obama-era policy guiding marijuana enforcement in states where it has been legalized.

Crystal Oliver, the marijuana farmer, is not optimistic that the more time the clean air agency devotes to determining fees will result in lower costs to local farms.

"I don't know many regulatory agencies who lower fees," she says. ♦

The original print version of this article was headlined "Something Smells"