Does the Spokane County Sheriff's Citizens Advisory Board count as independent oversight? 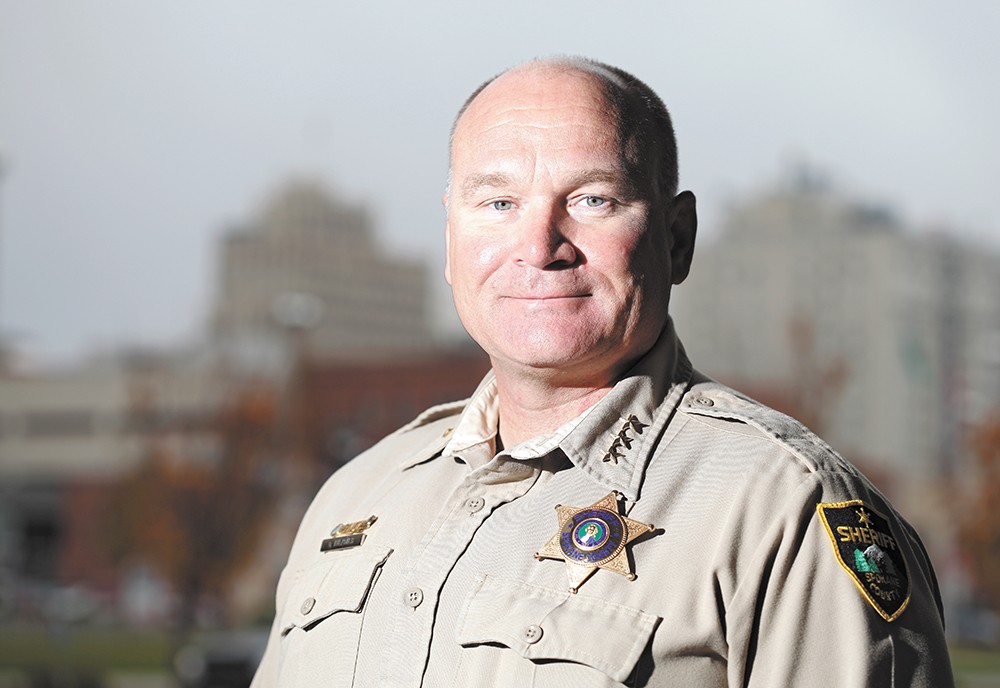 At one time, Sheriff Ozzie Knezovich looked upon the city of Spokane's police oversight system and liked what he saw. He wanted to formalize an arrangement where city of Spokane ombudsman Tim Burns would help him review certain high-profile cases.

"What I'm looking for [is] that third eye, if you will, to come in, review, make sure that everything was done correctly," he told KXLY last October.

Last week, a petition with about a thousand signatures asking for just that — independent oversight — was delivered to the county commissioners' office.

This time, Knezovich bristled at the idea. He dismissed the petition as political, and argued that the sheriff's Citizens Advisory Board that has been weighing in on issues for 14 years is already an independent oversight tool.

That's no flip-flop, Knezovich insists. He says the ground under him has shifted, not him. Burns left in January, and the city hasn't had an ombudsman since. "What I'm saying is I've watched their system," Knezovich says. "Their system didn't work and mine did."

Indeed, the past year has been disastrous for the city of Spokane's Office of the Police Ombudsman. An investigation this spring revealed that members of the commission had violated open meeting laws, made false statements, used city resources inappropriately, bullied a city staffer and, in general, abused their authority. Three of five members were asked to resign.

Meanwhile, the three finalists to replace Burns as ombudsman have come with such baggage that some reform advocates have called for dumping them and starting over. Why, Knezovich asks, would the county want to emulate that?

But petition creator Rob Lee, who has clashed with Knezovich since 2013 when Lee unsuccessfully tried to get medications to his son in jail, doesn't see the sheriff's current system as anything approaching oversight.

"How is it independent?" Lee says. "There's no transparency... There's no impartialness."

While members of the public are welcome — even encouraged — to attend monthly advisory board meetings, there aren't any official announcements, press releases or email blasts sent out to advertise them. The board has no website or easy way to access meeting minutes, agendas or decisions. Even getting names of board members requires submitting a public records request.

The Inlander spoke with 14 of the 19 board members, including attorneys, military veterans, a school teacher, a retired truck driver and a financial advisor. Most are older than 55. Several currently work in the local criminal justice system. Three members are former police officers, two say they've wanted to be police officers, and many express intense admiration for law enforcement.

"I grew up not respecting the police as I probably should have," says board member Leigh O'Neill, on why she joined the board 14 years ago. "I wanted my kids to respect them and understand the police."

They praise the sheriff for transparency, even though not every member always agrees with him. "I don't like unmarked cars," says board member Mike Davisson, a retired engineering manager.

Several say that Knezovich asked them to join the board after they expressed frustration over property crime or the department's efficiency.

Yet there's one sort of voice not on the board: A fervent law enforcement critic, echoing the outcry of groups like Black Lives Matter.

"These types of boards cannot be political," Knezovich says. "They can't. If they're political, if they have extreme agendas, it serves no one."

Many advisory board members, proud of the oversight they've provided, have discouraged Knezovich from paying for an ombudsman.

"The Sheriff's Office, without anybody's pressure, has been creating its own oversight," Knezovich says. "We're not spending $250,000 of taxpayer money to do it."

"The [advisory] board has never asked for them," Knezovich says.

When the Citizens Advisory Board was formed by Sheriff Mark Sterk in 2001, it was never intended to be much more than a sounding board — a way for the sheriff to hear from everyday citizens and citizens to hear from the sheriff.

Still, the board weighed in on high-profile issues, such as assessing the sheriff's investigation into serial killer Robert Yates. After Sterk was replaced by Knezovich in 2006, Knezovich expanded the board's role even further.

They're still a sounding board, weighing on issues like gangs, use of force and deputy disciplinary measures. But in the past eight years, Knezovich also has asked the board to weigh in on four high-profile, officer-involved deaths, including the 2010 deputy shooting of Spokane Valley pastor Wayne Scott Creach.

"We waded through this immense amount of investigative data," says Davisson. "We agreed to do it, and we were dumbfounded at first, where here comes this 600-plus-page binder and DVDs." Board members can interview witnesses. If they want experts on a given topic, the sheriff provides them.

Next, the board will examine an investigation clearing a deputy of criminal charges for the death of Ryan Holyk, a young cyclist who died of head trauma in a bicycle accident.

Over the years, the board has asked a lot of tough questions, advisory members say. But ultimately, their written decisions have been short — only a few paragraphs — and have never been critical of the sheriff or his department.

That doesn't surprise former undersheriff David Wiyrick, who helped recruit many of the current advisory board members. "It's garbage in and garbage out," says Wiyrick, a vehement critic of Knezovich. "If they're told one side of the issue, that's all they have to go on."

He doesn't believe they're qualified to investigate burglaries, much less shootings.

"If a lot of those members are still there then — bless their souls — they don't have the background to do something like this," says Wiyrick.

The recent debate over the advisory board has caused John Bergman Jr., who's sat on the board from the very beginning, to decide to resign at next week's meeting, complaining that the Citizens Advisory Board has been turned "political."

Bergman echoes the complaints of Knezovich, who sees political motivations in the recent calls for oversight. Indeed, the coalition that has signed the petition includes prominent political critics of Knezovich — including Lee, Wiyrick, former Knezovich opponent Doug Orr and state Rep. Matt Shea. But it also includes more liberal groups, including the Peace and Justice Action League, the Spokane NAACP and the Center for Justice.

Knezovich says he offered the Center for Justice a chance to assist the advisory board as it rewrites its bylaws, but the group never took him up on it. "If you think I'm bitter about what they've done, I am," he says.

Center for Justice Executive Director Rick Eichstaedt, however, says the board's bylaws aren't as important as whether its members are independently chosen.

Yet Knezovich's suggestions for reforms seem to align with Eichstaedt's. Let the board, instead of the sheriff, approve new members, Knezovich says, and set up an official way for the board to handle citizen complaints. And if the city of Spokane gets a new ombudsman, consider hiring him to look at their decisions.

"So what's the problem with my petition, then?" Lee says. "He's asking for the same thing I'm asking for." ♦